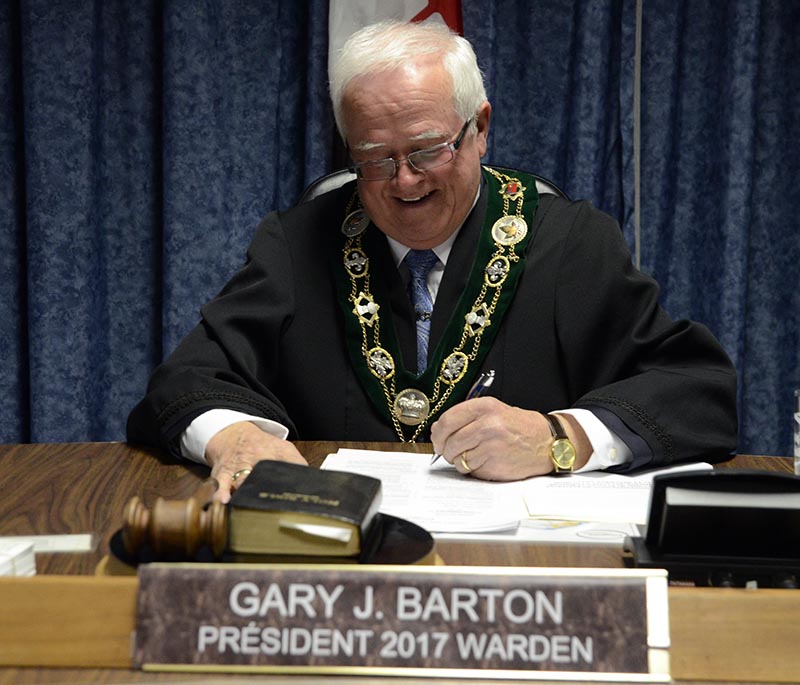 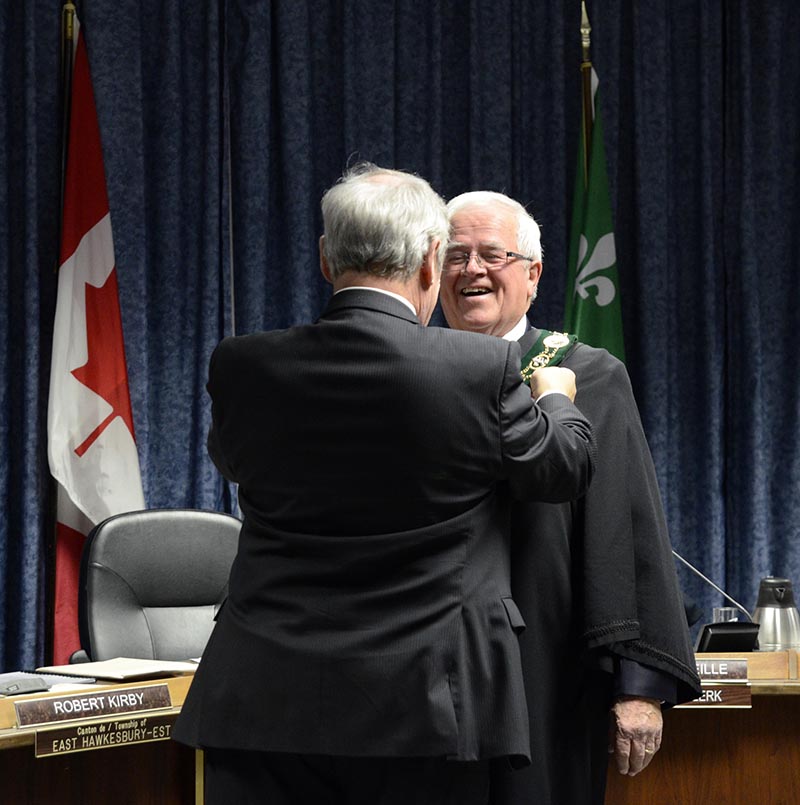 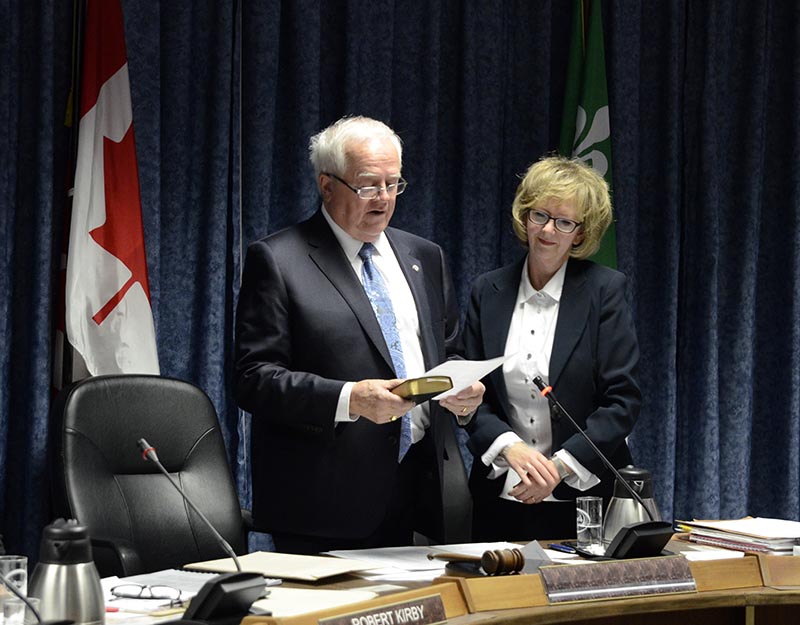 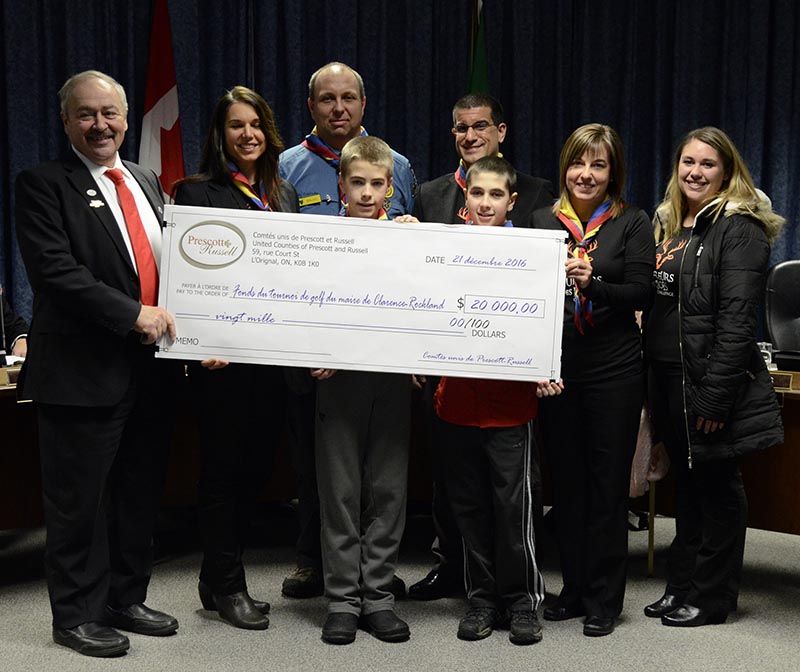 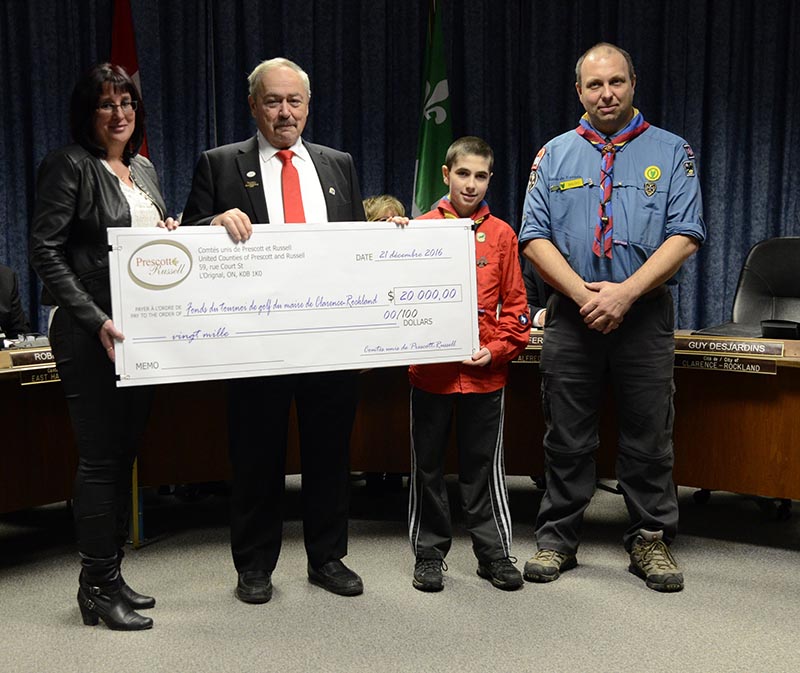 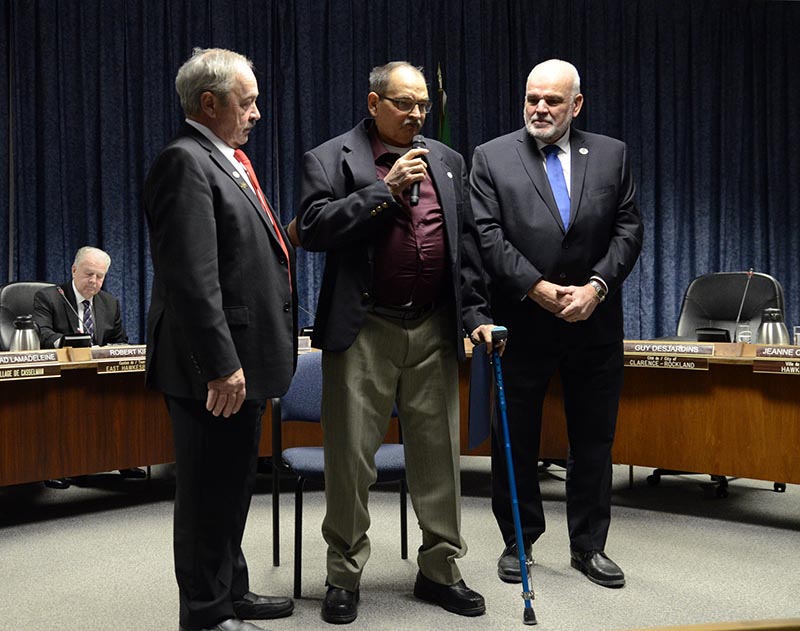 L’Orignal, December 21, 2016 – Gary J. Barton, Mayor of the Township of Champlain, was elected by acclamation as the 2017 Warden of the United Counties of Prescott and Russell (UCPR).

“I want to ensure a smooth continuity from this past year, and more than ever, this includes solutions that affect both the Counties and the local municipalities. Council must absolutely continue working together, from a regional perspective, and move forward with a united voice in order to advance the priorities of Prescott and Russell,” stated Warden Barton.
Warden Barton has been involved in municipal politics since 1972, having served as Mayor of Champlain Township since 2002, and prior to that, as Deputy Reeve and councillor for the former Town of Vankleek Hill. This coming year represents his second term as the head of the regional council, having previously held the position in 2006. Warden Barton’s candidacy was proposed by East Hawkesbury Mayor Robert Kirby and seconded by Alfred-Plantagenet Mayor Fernand Dicaire.

“It is a privilege for me to take on this leadership role. I also look forward to advocating on behalf of all of Eastern Ontario in my role as a member of the Eastern Ontario Wardens’ Caucus. The more our message will be united, constant and consistent, the more we will be listened to and heard.”
During the same ceremony, outgoing Warden Guy Desjardins took the opportunity to present a cheque of $20,000 to the Clarence-Rockland Mayor’s Golf Tournament Fund. These funds were raised during the Warden’s Golf Tournament and Warden’s Banquet fundraisers held during his term. The funds will be used to benefit families in the City of Clarence-Rockland through outdoor family activities, and free pool and skating rink time for children during the holiday periods. A certificate of recognition was also presented to Jacques Lepage, award-winning chef in Prescott and Russell, by Mayor Desjardins and Mayor Dicaire, for his many contributions to the community.