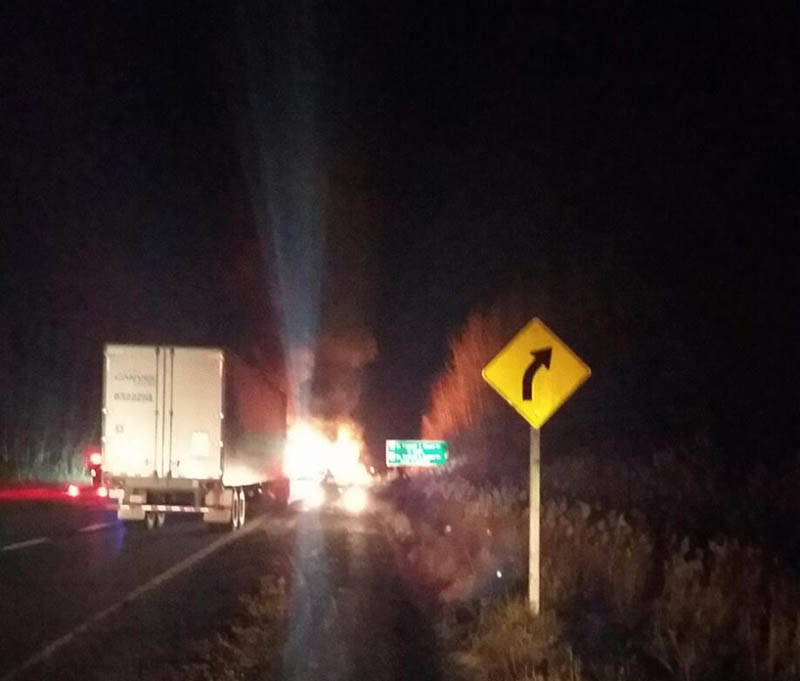 Police are looking for witnesses in their investigation of a fatal accident on Highway 417. Police have identified 36-year-old Alexandre Roberge from St-Mathieu-De-Beloeil, Quebec as the victim of the accident, which took place on Tuesday, November 29 in East Hawkesbury.

Firefighters arrived around 3:40 a.m. to find two transport trucks in flames, said East Hawkesbury Chief Dominic Normand. He said it took firefighters about half an hour to get the flames under control. Police say two transport trucks were “fully consumed by fire” and a third was also involved in the collision. Roberge appears to have been the driver of one of the trucks, said Normand, and no one else was injured. By about noon on Tuesday, November 29, the fire was still smouldering and police and firefighters remained at the scene. The westbound lanes of Highway 417 were closed at Country Road 14 in East Hawkesbury until about 8:20 p.m. that evening.

The cause of the accident isn’t yet known – police said collision investigators had been called and an investigation is “still ongoing.” Police are now asking to speak with anyone who drove through the area (the westbound lanes at exit/off-ramp #5 in East Hawkesbury Township) between midnight and the time of the collision and who may have seen tractor trailors parked on the side of the road.