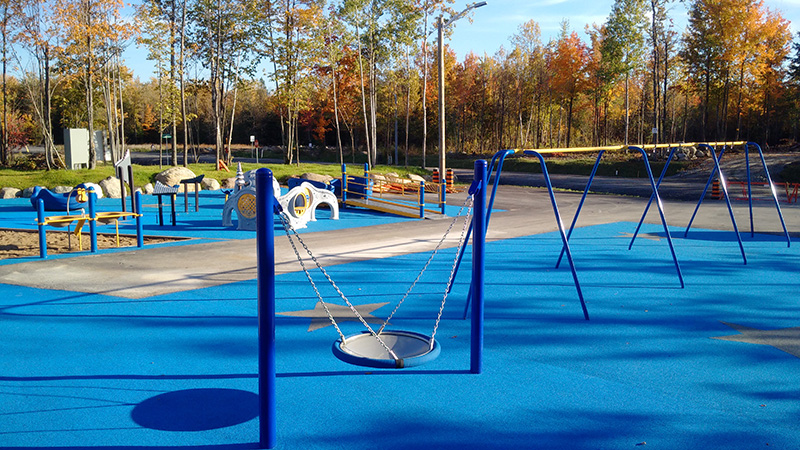 Sacha’s Park in L’Orignal is designed to be universally accessible. Completed with a significant amount of local fundraising, next up for the park is a splash pad.

After construction delays, the official opening of Sacha’s Park has been postponed until June 9. The original opening of the universally accessible park in L’Orignal was set for October 5, but had to be postponed when the rubber surface for the park wasn’t ready.

The playground is now almost entirely completed, but Champlain Township and the Chenier family decided not to go ahead with an opening late in October because of the colder weather.

Jason Chenier, Sacha Chenier’s father, said part of the reason the ceremony was delayed is because of the children who might want to attend the opening. “We do want to invite children, especially some children with disabilities – for example Sacha’s former classmates – and the prospect of bringing them out there on a cold, rainy October day is not really ideal.”

Children are welcome to play at the park before the June 9 ceremony. The ceremony will be less of a grand opening and more of a dedication, said Chenier – June 9 is significant, because it is the date Sacha passed away in 2014. His parents, Jason and Jaquelyn, have been working on building a fully accessible park next to their home in L’Orignal for over a year.