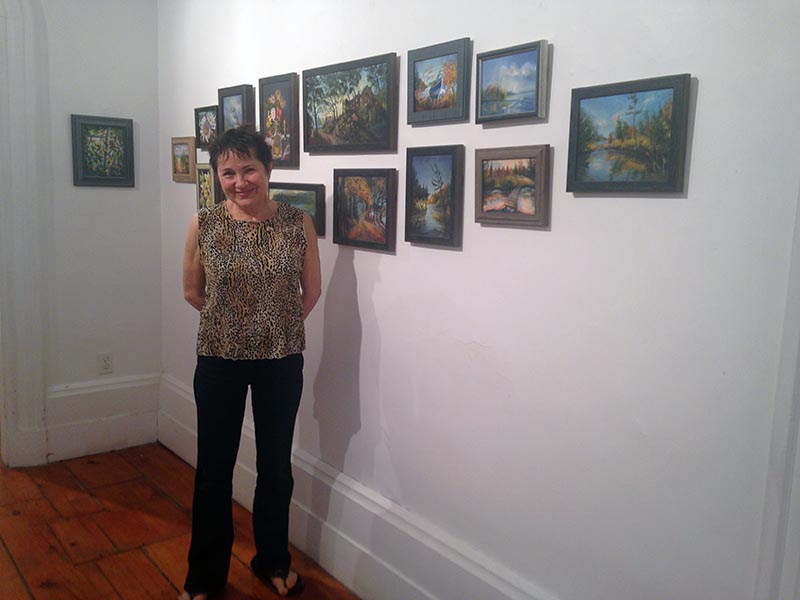 Arbor Gallery is known for art exhibits but that is about to change as the gallery takes on a role as a cultural centre.

The Arbor Gallery Cultural Centre held a public general meeting on Saturday, October 15 to present a series of changes that both the venue and its board of directors have undergone in the last 12 to 18 months.

Since last year, this artistic and cultural venue – serving residents of Champlain Township and the surrounding areas – has hired a new curator/administrator to oversee its daily operations, and adopted a series of new by-laws, a new mission statement, a two-year strategic plan, and a new name, Arbor Gallery Cultural Centre, to better reflect its new focus, vision and mandate.

This name change is a reflection of the venue’s expansion beyond a visual-arts gallery into a broader cultural centre, encompassing not only the visual arts but also the wide diversity of artistic and cultural forms such as music; drama; film/animation; textiles; writing, poetry and spoken word; dance and meditational arts; and including both exhibition and instructional opportunities.

As proof of the recent success of this new direction, the board of directors unveiled a list of the more than 30 programming and activities held since early 2015. Among others, this includes a series of social-culinary events hosted in partnership with Beau’s All-Natural Brewing Company; a “Guys and Grills” outdoor barbeque fundraiser featuring five local chefs; the Art Scramble fundraiser during which every participant gets to select a piece of local artwork to take home; the Home Routes series, featuring various “house concerts” performed by diverse musicians; a series of documentary film screenings, in the presence of the filmmakers; a murder-mystery dinner theatre; a painting demonstration; a magic show featuring Majinx; a writing workshop; a literary/poetry evening; and 13 visual arts exhibitions displayed on the walls of Arbor Gallery.

“The many changes that recently have been put into motion are reflective of the new direction and vision that defines the Arbor Gallery Cultural Centre,” explained Mark Greenwald, President of the venue’s board of directors. “It’s part of a proactive approach to serve and appeal to a greater audience in the community and become more financially sustainable in the future – and the steady increase in visitors throughout 2016 is an indication that we are moving forward.”

The Arbor Gallery Cultural Centre is a non-profit organization that aims to generate opportunities to reflect, nurture and challenge the diversity of artistic expression and appreciation in Champlain Township and the surrounding region. The board of directors consists of five volunteer members. To learn more about the Arbor Gallery Cultural Centre, its programming, or how you can financially contribute to its operations, please visit www.arborgallery.org.