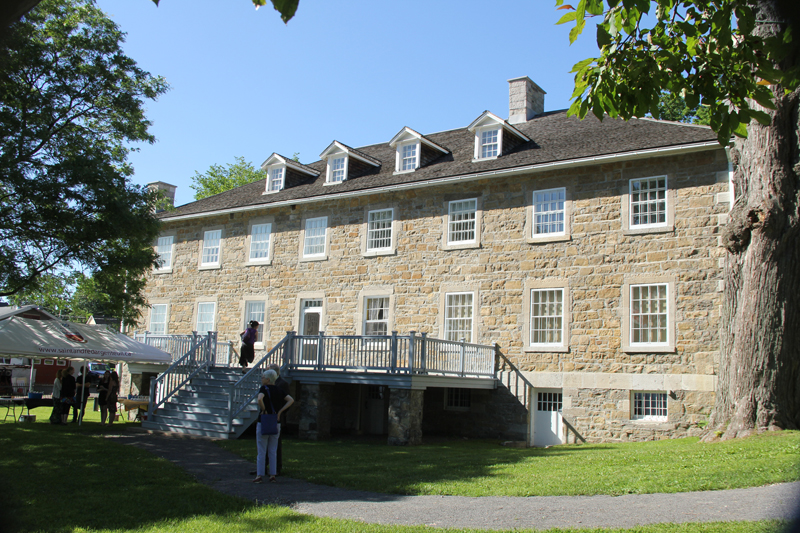 Quebec storyteller and musician Michel Faubert will be performing at Christ Church, in Saint-André d’Argenteuil, on Saturday, October 22. (Photo: Submitted)

The Argenteuil Regional Museum will be hosting two new events this month, starting with a benefit concert on Saturday, October 22 at Christ Church, in Saint-André d’Argenteuil.

Renowned Quebec storyteller and a cappella singer Michel Faubert will perform at the benefit concert, recounting Quebec’s history and legends through music.

“Michel Faubert is a very important person in the cultural world in Quebec. He agreed to come and perform for our benefit concert, and we are very grateful for his support,” said Argenteuil Regional Museum curator Lyne St-Jacques.

Doors open at 6:30 p.m., at which time European sausages, beer and wine will be available for purchase. The show starts at 7:30 p.m. with a short introduction by local historian Robert Simard, who will recount stories about the history of Argenteuil.

On Sunday, October 30, the museum will be celebrating Halloween a bit early. Combining some theatrical flair with history, museum volunteers will lead guided tours of a local cemetery, including detailed stories on the inhabitants of these villages of the dead.

“It’s not intended to be overly scary, but there will be some surprises along the way. It’s very respectful and is intended to honour the pioneers of Argenteuil,” said St-Jacques. Tickets to the event cost $20 per adult. Children under the age of 12 do not require a ticket, but must be accompanied by an adult. The tours start at the Argenteuil Regional Museum, which is located at 44, route du Long-Sault, in Saint-André d’Argenteuil. There will be three guided tours starting at 1 p.m., 2:30 p.m. and 4 p.m. Your ticket will include the cost of a bus, which will bring you to the cemetery to be toured. St-Jacques said that the exact location of the tour is being kept a surprise.

When visitors arrive back at the museum, they will be treated to homemade cookies, tea and cider inside the museum, which will also be open for tours.