Still sweethearts after 64 years of marriage 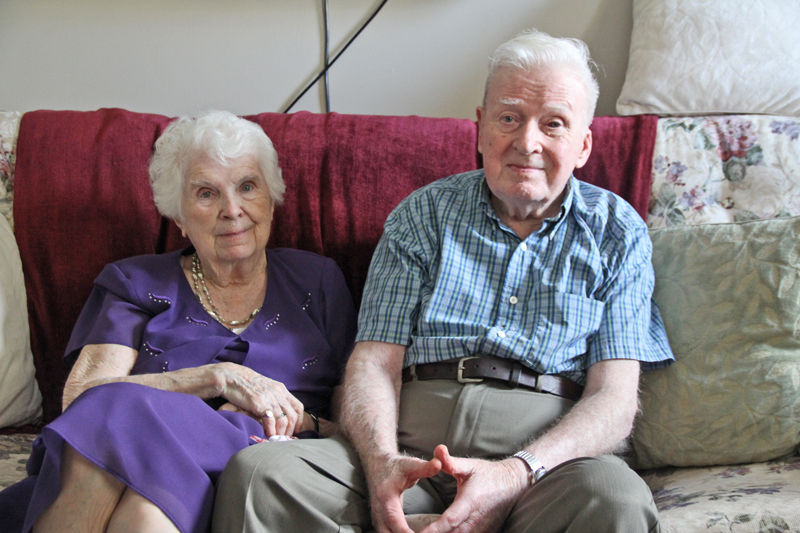 Ruth and Stanley Forbes say the secret to a long marriage is love. (Photo: Tara Kirkpatrick)

Stanley Forbes says there’s nothing complicated about having a successful marriage – it’s all about love. On Tuesday, he and his wife Ruth celebrated their 64th wedding anniversary.

The two St-Eugène natives were in their early 20s when they met at a youth group hosted by the Breadalbane Baptist Church, in North Glengarry.

Ruth was a school teacher at the time. She had graduated from McGill University and she was teaching French and Latin at the high schools in Maxville and Gananoque. Stanley was busy working on his family farm and dreaming of opening his own business.

After a brief courtship, the two married and had three children, Eleanor, Dorothy and Stuart.

During the late 1930s electricity lines began to be installed in Ontario and Stanley saw an opportunity. He launched his own electrical and refrigeration business and began connecting most of the farms, homes and businesses to the new electrical grid as it was being installed in Vankleek Hill.

“I started when the provincial trade organizations were still just trying to get organized,” said Stanley.
During the war, Ruth went to work at the “Commonwealth Training Centre,” in St-Eugène, where pilots were being trained for the war effort. Stanley kept farming and also worked in munitions.

In 1967, the couple opened up a new funeral home in Vankleek Hill. Stanley designed the building, which remains in business today.

“At that time, you couldn’t name the funeral home after yourself unless you were a funeral director. It worked out better this way. I named it “Hillcrest Funeral Home,” because it was at the top of a hill with a view that stretched to Rigaud,” said Stanley.

Fred Slater was hired as the first funeral director, serving for two years. Walter Davison was hired to replace him, staying for many years working with Ruth and Stanley, who owned the business for 30 years.

In 1998, they sold Hillcrest Funeral Home to Mark and Lisa Henderson, who had replaced Davidson a number of years earlier.

Stanley and Ruth now live at the Heritage Lodge, in Vankleek Hill. The two 90-year-olds say they are fortunate to be together and in good health all these years later. And they are still in love.
“We’re very fortunate,” said Stanley.