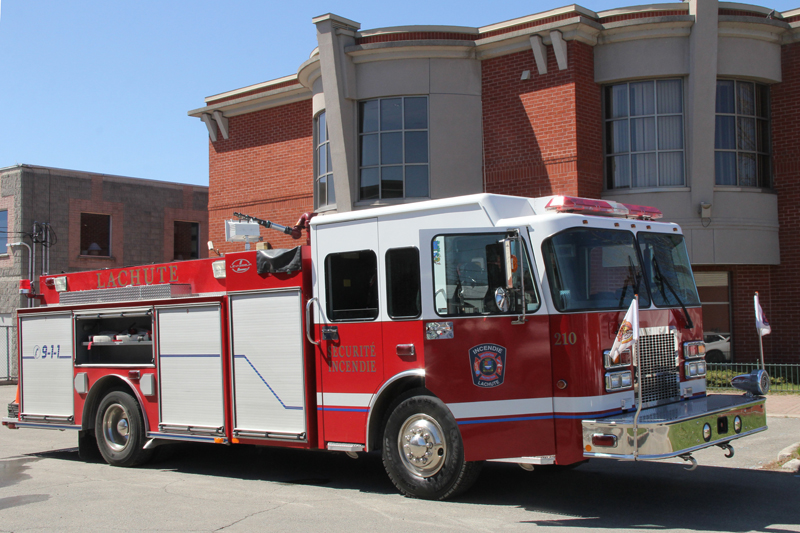 On September 18, the Lachute Fire Department responded to a blaze at 40 Chemin Beattie, in Lachute.

No one was home on Sunday, September 18, when a fire was reported at a house located at 40 Chemin Beattie, in Lachute.

When firefighters arrived at the scene, flames were present in the basement and spreading into the structure of the residence, says Lachute Fire Director Alain St-Jacques.

Around 35 firefighters from Lachute, Gore and Brownsburg-Chatham responded to the blaze, which they had under control by around 10 p.m. and extinguished an hour later.

Firefighters took a defensive position in the basement of the house and St-Jacques said that they were able to quickly control the flames, which he said had begun to spread through the structure and into the first floor.

St-Jacques said that it is too early to determine the cause of the fire. He estimates damages in excess of $25,000.