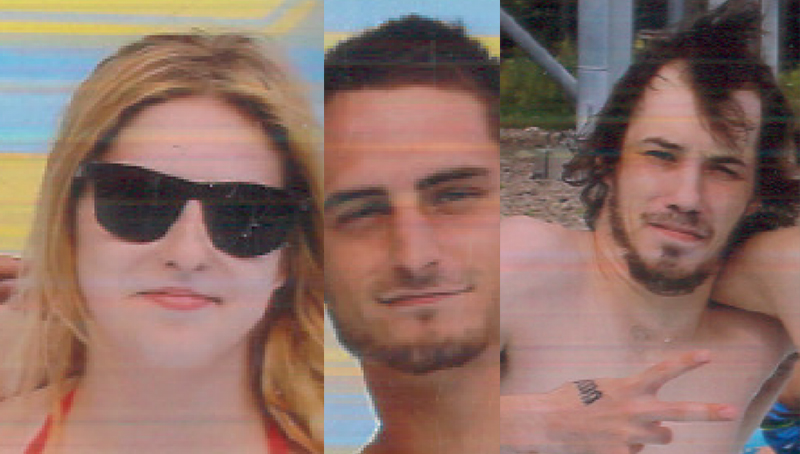 Police have released photos of the people suspected in a break-and-enter in Embrun.

The Russell County detachment of the Ontario Provincial Police (OPP) is asking for help in identifying suspects in a break-and-enter. The robbery occurred on August 7, at an aquatic centre in Embrun. Four individuals were captured on the aquatic centre’s surveillance system entering a locker and removing items, police say.

Two men and a woman are sought by police for the crime. A fourth suspect was also seen on the video, but because of the person’s age, police haven’t released a picture.

Police say after leaving the locker room, four individuals stopped at the aquatic centre’s photo booth and posed for a group photo. This photo is now being used by police to identify the suspects.

Anyone with information regarding the identity of these suspects is asked to contact OPP Constable Campeau with the Russell County OPP at tel: 1-888-310-1122. Should you wish to remain anonymous, you may call Crime Stoppers at 1-800-222-8477 (TIPS), where you may be eligible to receive a cash reward of up to $2,000.