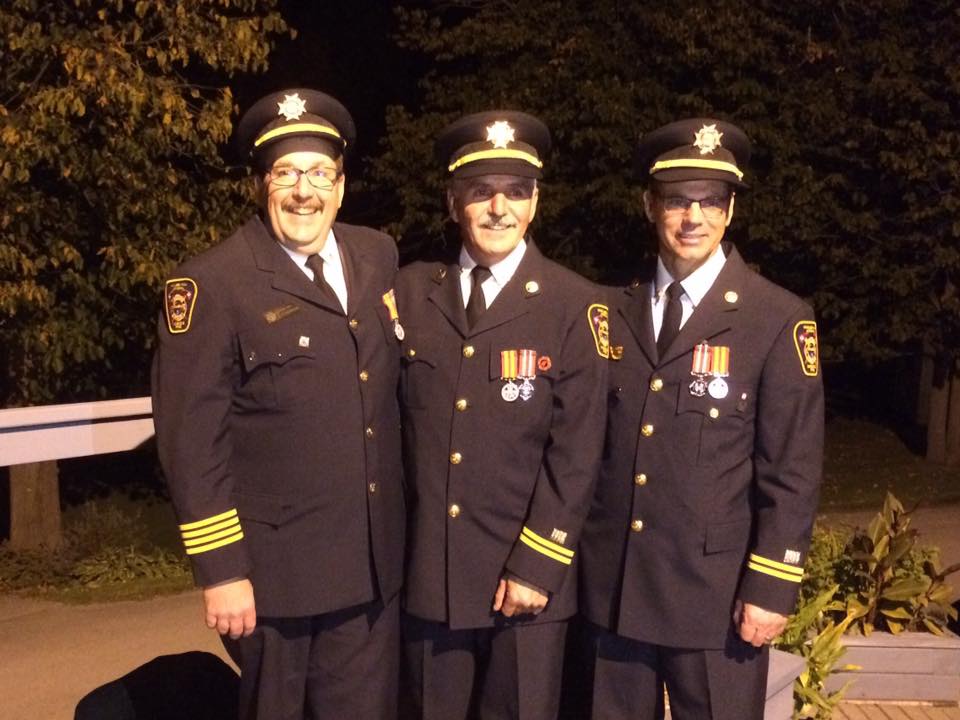 During the Prescott-Russell Firefighters Awards Gala, which was held on September 24, three Vankleek Hill firefighters were recognized for serving their community for more than 25 years.

Jeff Carkner, Louis Turcotte and Mark Henderson were each awarded the “Fire Services Long Service Medal.” The medal is awarded by the provincial government and is included in the Fire Protection and Prevention Act as an expression of public appreciation for the dedication and work of members of the Ontario Fire Services.

During the firefighter’s gala, 26 firefighters from across Prescott-Russell were recognized for their service.