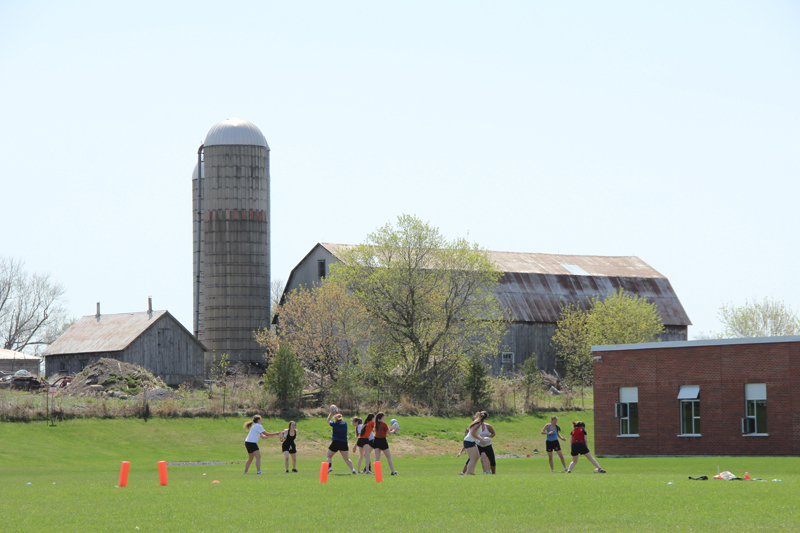 Students wishing to participate in extra-curricular activities at Vankleek Hill Collegiate Institute (VCI) will be paying higher fees this year.

Students are required to pay a flat fee to participate in each extra-curricular group and there are also transportation charges to attend events off-campus. The prices went up this year due to rising costs, said VCI Principal Angela Grandy.

Students are charged $20 to participate in each extra-curricular activity. A few of the groups have additional fees, due to higher operating costs. There is also a $15 transportation fee for every event involving the use of a bus. In some cases this fee is waived when a parent is available to drive participating students. Grandy said this is often the case with clubs such as the cross-country running club, where only one or two students may be attending an event.

“We make sure that every student who wants to participate can. No student will be denied because of (financial) need,” said Grandy.

VCI used to charge a flat fee to all students to cover the cost of the extra-curricular programs. That changed a few years ago when the Ontario Ministry of Education told schools they would no longer be able to issue blanket fees for programs that were not being used equally by students. The Ministry determined that only children using the programs should have to pay for them.

Grandy says that if a student in her school can’t find an extra-curricular activity that they might like to do, it’s because they aren’t really looking.

Grandy said that research supports the fact that children who are physically fit and active in sports programs do better at school. As a school administrator, she said it’s important to listen to the demands of the student population and to offer programs that interest them.

A number of VCI students have been voicing an interest in participating in an archery program and it’s something that Grandy said is being strongly considered.

The school is also in the process of opening a continuous education physical education class, which would be held outside of school hours. It would permit students to attain credits and to gain access to the gyms and sports facilities, outside of regular school hours.

“I think that we offer a wide range of activities that promote good and healthy lifestyles,” said Grandy. These programs come with a cost. Most are volunteer driven, but still require a certain amount of resources.

“We need to balance the cost of what we spend inside and outside of the classroom,” said Grandy.

Extra-curricular activities are meant to be revenue-neutral. They are not intended to generate money for the schools, only to cover some of the costs. Nor are they intended to be part of the school budget. Grandy said that the “student success” and the “student wellness” programs help to fund extra-curriculars, which she says play a vital role in keeping kids in school.

“Kids who feel better about themselves and who are connected to the school do better,” said Grandy.

Curling and ultimate Frisbee were both added last year and gained quick popularity, said Grandy. The girls curling team made it all the way to the provincials last year after returning victorious from the Eastern Ontario Secondary School Athletic Association (EOSSAA) Championship, which was held in Cornwall.

“We ask students what they like and what they need and we try to provide them with programs. Extra-curriculars keep kids in buildings. It teaches them to give beyond themselves and to learn about the world,” said Grandy.