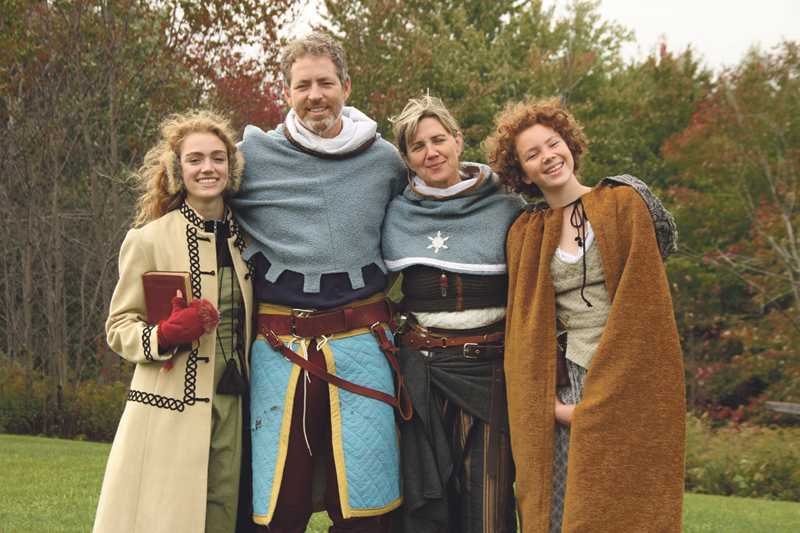 Morgane, Mario, Chantal and Clementine Lascelles were the hosts of the Grande Bataille de Rudecombe medieval festival, which was held at their home in The Nation last weekend. (Photo: Tara Kirkpatrick)

Last weekend monsters were slain, fairies gained magical powers and a king was entombed in stone, during the third annual Grande Bataille de Rudecombe medieval festival. It was all in good fun and no one was injured during the battle, which was a cross between role-playing and sport.

The battle was first held by Mario and Chantal Lascelles three years ago, at their farm, which is located just outside of Vankleek Hill, in The Nation Township. The battle includes axe-throwing, archery and sword fighting. The competition tailors to children, so most of the arrows have cushioned tips and the swords and axes are over-sized and made of foam.

Throughout the weekend the children worked in teams and small groups to fulfill a variety of quests. They collected points along the way and had to solve a number of puzzles.

More than 25 children and a few adults participated in the battle this year, including the Lascelles’ two daughters, Morgane and Clementine.