Back to work for striking steelworkers 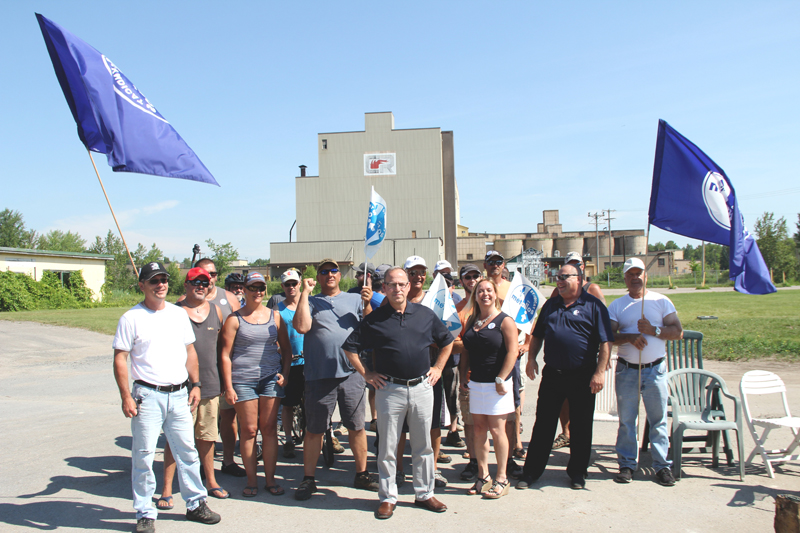 Resco Canada employees are back to work following a strike that lasted nearly four months.

Steelworkers at the Resco Canada refractory brick plant, in Grenville-sur-la-Rouge are back to work, following a strike that lasted nearly four months.

On June 15, 99 per cent of the nearly 100 employees who work at the plant voted to go on strike. They were protesting a new employee contract that would see their pensions cut in half, eliminate a number of benefits, and make it nearly impossible for new employees to join the union.

A new contract was accepted by the steelworkers union on September 19, ending the strike and saving the plant from a possible closure. In a press statement released by United Steelworkers Union, Chapter 6213, District President Alain Desjardins said that concessions were made to save employee pensions.

“We leave the negotiations with our heads held high. We made some sacrifices when faced with a real threat of closure, but it is far from what we were asked to accept at the start of the process. We are proud to say that we have preserved the pension plan for future generations,” said Desjardins, in a statement that originally appeared in French.

The new contract includes a number of concessions made in relation to pay and benefits. During extended shutdown periods, Resco formerly paid employees a small wage to subsidize what they were making on unemployment insurance. This shutdown wage will be decreased by five weeks for the first three years of the agreement, after which it will return to the initial term.

Workers also agreed to cut their lunch period in half and to lengthen their work day, without additional compensation, the union says.

Resco Canada is one of Canada’s leading refractory brick suppliers to the steel industry. Its employees belong to the United Steelworkers Union, which employs more than 60,000 steelworkers in Quebec.