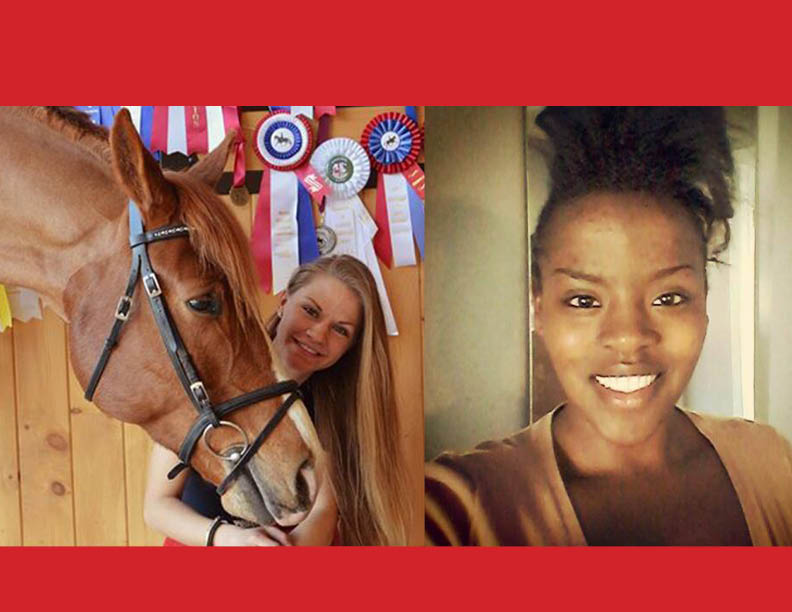 Two women who died in a crash on Highway 50, near Grenville, Quebec, have been identified as 21-year-old Elisabeth Brosda (left) and 26-year-old Elsa Loiseau (right). (Photos: Facebook)

Police say that distraction or fatigue may be to blame for a head-on collision near Grenville on Saturday that killed two women.

The two victims have been identified as 26-year-old Elsa Loiseau and 21-year-old Elisabeth Brosda. The women, who were both from Gatineau, died as a result of injuries they sustained in the crash.

At approximately 7 a.m. on Saturday, September 17, police say Loiseau was travelling west on Highway 50, when for an unknown reason, she veered into the oncoming lane, striking a car travelling in the opposite direction.

Loiseau was removed from the scene by ambulance and later died in hospital.

Police say that Brosda died in hospital later that afternoon. A young man in his 20s, who was travelling with Brosda, suffered minor injuries and has since been released from hospital, said Sûréte du Quebec (SQ) spokesperson Sergeant Marc Tessier.

Sections of Highway 50 remained closed in both directions until about 1 p.m. on Saturday, so that police from the Lachute detachment of the SQ could investigate the scene. Tessier said that speed and alcohol were not factors.