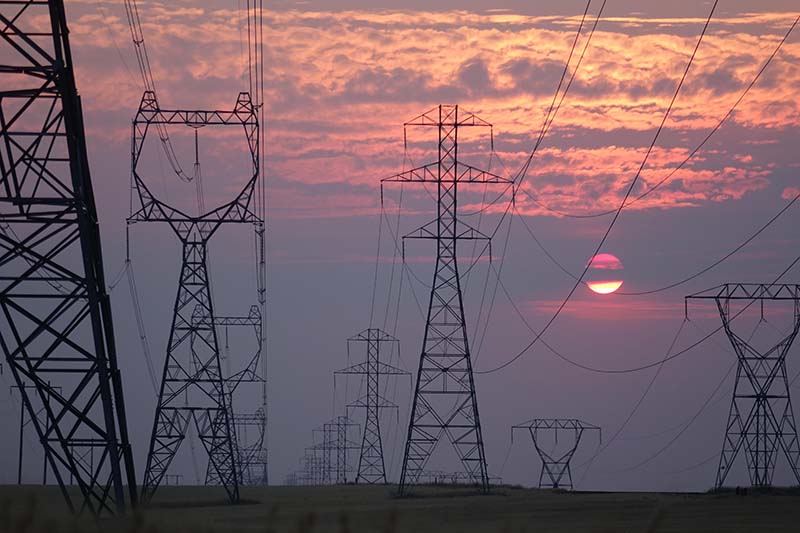 A report prepared by the Eastern Ontario Warden’s Caucus (EOWC) says rural people in this area are “suffering disproportionately” from rising electricity costs.

“In such a highly industrialized country, it is unacceptable some Canadians must choose between buying food and paying their electricity bill,” it says. The report, called “Ontario’s Energy Sector: Municipal perspectives on the issues and challenges facing residents of Eastern Ontario,” was prepared by the EOWC as part of the annual Association of Municipalities of Ontario conference in Windsor. Prescott-Russell’s representative at the EOWC is Clarence-Rockland Mayor Guy Desjardins.

The report argues green energy infrastructure is partly to blame, saying while the “EOWC does support the province’s pledge to reduce greenhouse gas emissions…research suggests that increases in ratepayer’s electricity bills can in part be attributed to green energy initiatives.” The province should study what effect new green energy sources will have on the price of energy, it says.

The report also addresses wind energy, and says the province should work on making sure municipalities and other “stakeholders” are meaningfully involved in the process of planning new wind farms. The report says local involvement will “ease opposition to those new green energy initiative that are approved, but goes on to voice some skepticism about wind and solar energy, saying it can be costly, and unreliable “due to supply limitations.”

The EOWC is keen on one source of electricity in particular. The report describes promoting hydroelectricity as a “key priority” of the organization. That includes promoting one project in particular, in Hastings County, called the “Marmora Pumped Storage Project,” a 400 megawatt hydro-electric project being proposed by Northland Power.

The EOWC report also describes an “urgent need” for natural gas expansion into rural Ontario. That requires infrastructure, it says, and Enbridge and Union Gas have expressed interest in expanding, as long as provincial funding is available. The report points to the 2013 Long-Term Energy Plan, which addressed the difficulties faced by First Nations communities in Northern Ontario in getting hooked up to the electricity grid. “For a number of First Nations and rural communities in Eastern Ontario, connections to natural gas lines can be equally challenging,” says the report, and the “EOWC respectfully requests the province demonstrate the same willingness to explore options for residents of rural Ontario facing similar struggles.”

The report was submitted to the Minister of Energy.