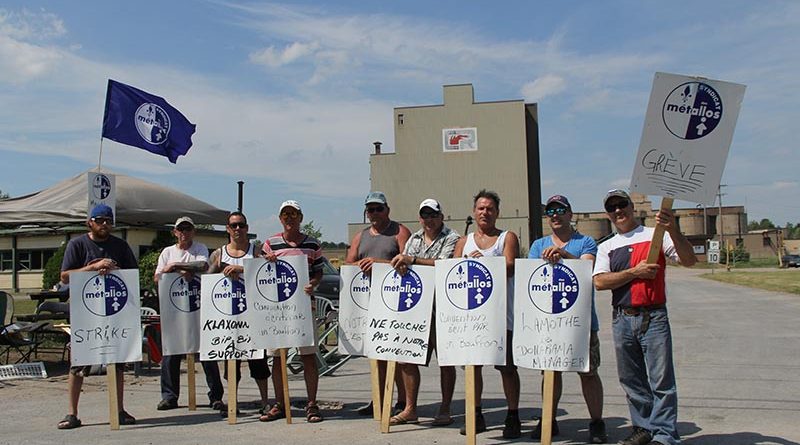 A heat-warning was in effect on Monday, when The Review stopped to talk to more than a dozen striking workers at Resco Canada, in Grenville-sur-la-Rouge. They had been picketing in the hot sun all day and were preparing for the electrical storm that was blowing in. They said they were accustomed to working in the heat. It can get hot inside Resco, which represents one of Canada’s leading refractory brick suppliers to the steel industry.

Things have heated up considerable since last Wednesday, June 15, when 99 per cent of the nearly 100 employees who work at the plant voted to go on strike. They are protesting a new employee contract that would see their pensions cut in half. It would also eliminate a number of benefits and make it nearly impossible for new employees to join the union.

“Basically they want to cut everything,” said Joey Lahaie, a press operator who has worked at Resco for the past decade.

Under the proposed contract, Lahaie said that new employees would be paid $4 less per hour than the current rate. To join the union, they would have to work for 90 continuous days, rather than 45.

“They would never make it into the union, because we shut down at least two, to three times each year, which means they would never qualify,” said Lahaie.

He said that he was also worried about cuts to benefits paid during shut-down periods. During the regular shut downs that occur at the plant, Lahaie said that employees are paid for eight hours per week, for up to 15 weeks. This subsidizes what they make on unemployment insurance. Without this subsidy, Lahaie said that it would be difficult to make ends meet.

“We ask for nothing in return, we just want to keep what we have,” said Stephen Sauriol, a crushing and grinding specialist who has worked at Resco for three years.

Employees have been working in six-hour shifts and picketing around the clock. They say that they will remain outside the plant in protest until their employer returns to the table to reopen negotiations.

“We will uphold our right to strike until the company comes back to us and says they are willing to talk. We are ready to negotiate,” said Alain Desjardins, President of Local 6213 of the United Steelworkers Union.

“Our biggest concern is their intention to cut our pensions in half. We would go from making $36 per hour, to $18 per hour. This would impact people who have worked here for more than 30 years. They also want to freeze salaries and cut our collective health benefits. It’s unacceptable. There were no negotiations. They told us to take what was on the table, or to leave,” said Desjardins.

Resco Canada is located on Highway 148, in Grenville-sur-la-Rouge, in a district known as Marelan. Employees say that they will remain on strike until their employer returns to the table and reopens negotiations.

Representatives from Resco Canada had not returned The Review’s calls as of press time on Tuesday. 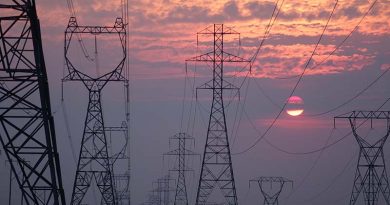