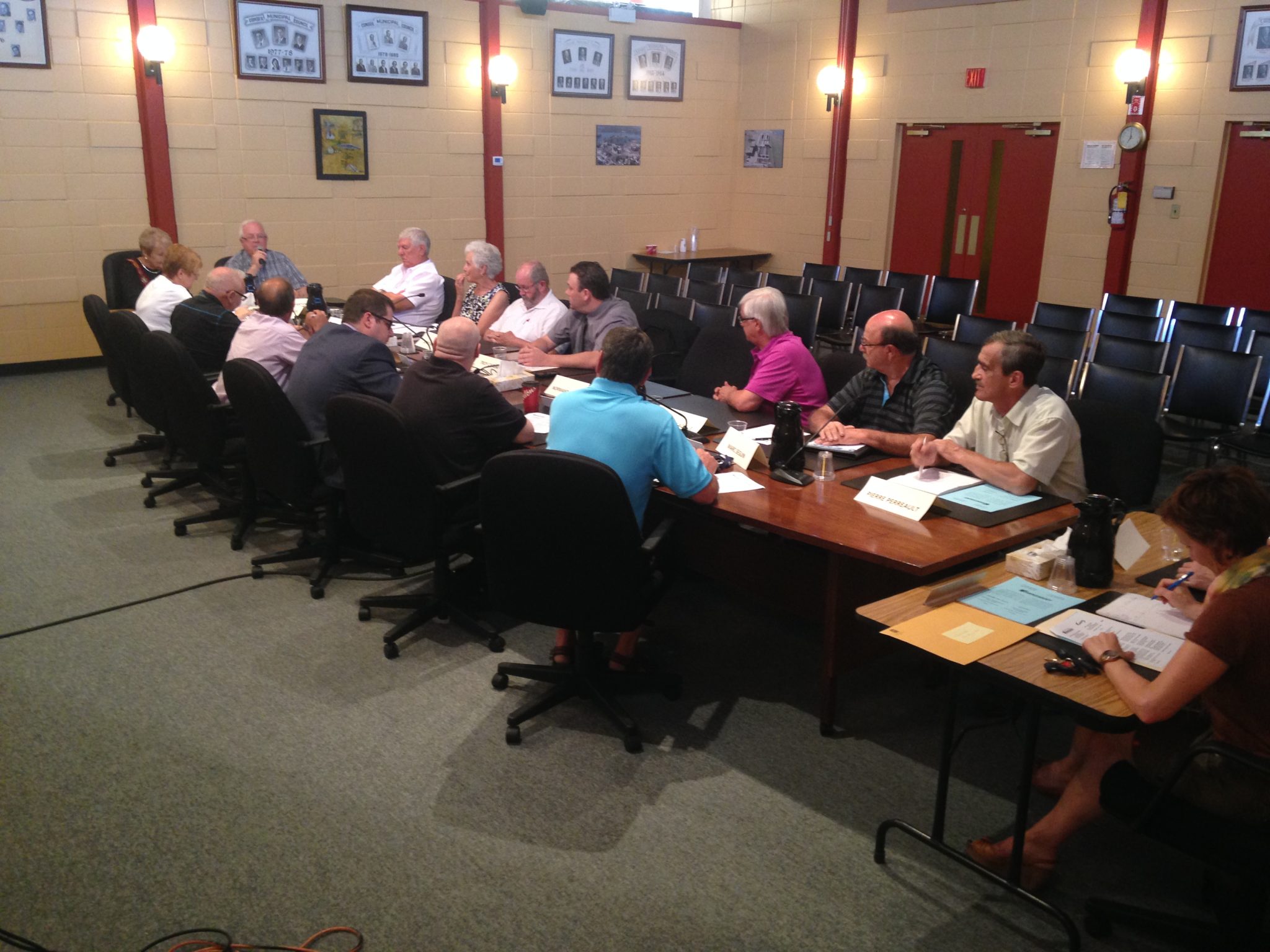 The solution to a 20-year-old problem in Champlain Township could be to give up some land.

Champlain Township’s council wants water and sewer service on the south side of County Road 17, across from Walmart, Laurin Independent Grocer, and other businesses, so the land there can be developed. Hawkesbury Mayor Jeanne Charlebois says her municipality might now be willing to sell that service to Champlain, and it would help if the township gives “a good parcel of land” so Hawkesbury can expand its crowded industrial park.

The suggestion was made at a joint meeting of Hawkesbury and Champlain Township’s councils held last week.

Charlebois said Hawkesbury is very concerned about running out of land in its industrial park. “We’re ready to expand, but we’re running out of land,” she said. “You’ve got the land, but you don’t have services. I’ve got the services, but I don’t have the land.” The exact amount of land Hawkesbury would need hasn’t been discussed yet, she said, but it would likely be at the east end of Tupper Street, near the existing industrial park.

Mayor Gary Barton called water across County Road 17 “our main and first issue” with Hawkesbury. “We haven’t made any progress whatsoever” in almost 20 years, he said, and “if what I’m hearing you say is, yeah we’ll give you water but give us the land, that’s what we have to hear.”

Charlebois told The Review her council is “very, very open” to the idea.

Some of Champlain Township’s communities are already served by water service purchased from Hawkesbury, but so far, Hawkesbury has not been willing to name a price for service on Highway 17 –even when it was asked for one four or five years ago, according to Hawkesbury Councillor Michel Thibodeau.

One explanation offered for the stagnant situation was a fear of competition. Taxes are lower in Champlain Township, and Hawkesbury Councillor Andre Chamaillard said he’s concerned businesses planning on establishing in Hawkesbury might opt to move if serviced land is available a few feet away in Champlain. That’s a concern, Charlebois acknowledged, but she added it doesn’t mean she and her council aren’t open to negotiating.