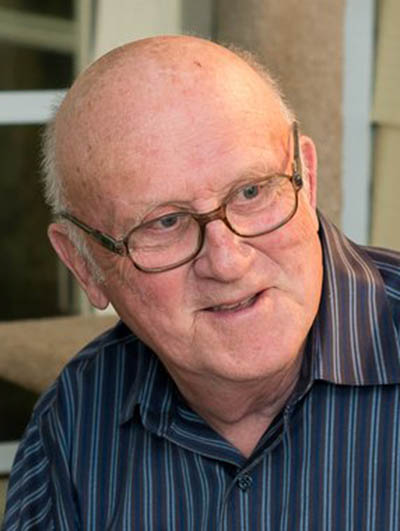 Born October 18th, 1938 in Redhill, Surrey County, UK, the youngest of 10 children. Lary died suddenly after a brief illness on Thursday, July 19th 2018 at his home in L’Orignal ON, Canada. Lary is survived by his beloved wife of 54 years, Donna Loretto (née Reid), his daughters, Lise Loretto (Rick), Teri Loretto Valentik (Ivo) and Nina Johnston (the late John). Predeceased by his son, David (née Batten). Proud grandfather of Tea, Kira and Uly. Dear brother of Eileen, Michael, David and Maureen. Family and friends may visit at Hillcrest Funeral Home, 151 Bond Street, Vankleek Hill, Ontario on Friday, August 3, 2018 from 2 to 5 pm and 7 to 9 pm. In lieu of flowers, donations to The Experimental Aircraft Association in support of Young Eagles EAA Chapter 245 1500 B Thomas Argue Road, Carp,Ontario K0A 1LO or https://www.eaa.org/en/eaa/contribute-to-eaa would be appreciated. Lary spent most of his life doing what he loved: flying. He completed his glider training with the RAF as a teenager, later served with the RCAF and RNZAF, was a training Captain for First Air and flew for Trans Australian Airlines. He flew 33 years with Air Canada, retiring as Captain on the Boeing 767. Lary was a dedicated General Aviation enthusiast and supporter of youth in aviation. Lary and wife Donna founded OAS Flight Training in 1993, a school that produced, and continues to produce, hundreds of pilots, many of whom have gone on to follow in Lary’s footsteps. He remained an active pilot, most recently flying his prized 1936 Hornet Moth, and liked to boast that combined age of pilot and plane was over 160 years. To express your condolences, make a donation or plant a “Tree of Remembrance” for Lary, please visit www.hillcrestfuneralhome.ca