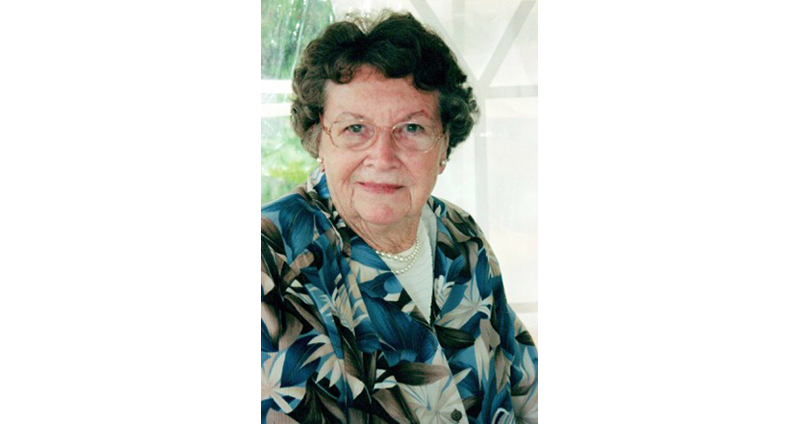 KELLY, MARJORIE
At the Maxville Manor on Friday, November 30, 2018 Marjorie Grant Kelly (née MacKinnon) passed away at the age of 95. Beloved wife of the late Donald Kelly. Predeceased by her parents, Wallace and Christina MacKinnon and her siblings, Bertie MacCrimmon (late Stanford), Elizabeth Culpepper (late Les), Bud MacKinnon (late Marjorie) and Mae Shepherd (late George). A loving aunt to her nieces and nephews and their families. She will be missed by all. Marjorie was born in Dunvegan, she worked at the family sawmill, then during the war at Northern Electric Plant in Montreal. When her father’s health failed she returned to Dunvegan and had a mail route for 5 years. She then joined the Canadian Womens Army Corps followed by employment with the RCMP until retiring in 1982. She married Donald Kelly on August 8, 1964 and they resided in Fournier and later Maxville. Her joys were family, home and her beloved pets. A quiet, kind, intelligent woman with a sharp wit, she was a good listener and always good counsel. Sincere thanks to Dr. Rossbach, Christie Thomson N.P. and the staff at Maxville Manor for their kind and compassionate care. Thanks also to the Rev. Ferrier and the many family and friends who visited. A Graveside Service will be held in the spring. For those who wish, a donation in Marjorie’s memory to the Maxville Manor, 80 Mechanic Street West, Maxville, Ontario K0C 1T0 or Franklin Corner’s Cemetery, 3036 Clement Road, Fournier, Ontario K0B 1G0 would be appreciated. To express your condolences, make a donation or plant a “Tree of Remembrance” for Marjorie, please visit www.hillcrestfuneralhome.ca Funeral arrangements entrusted to Hillcrest Funeral Home, 151 Bond Street, Vankleek Hill, On. K0B 1R0 (866)678-2001.