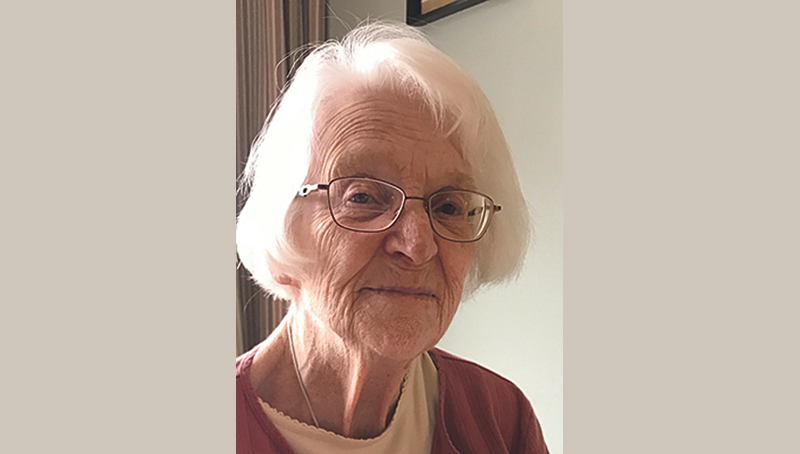 Evelyn Elaine Fuller (nee Berry) passed away on December 22, 2022, at the age of 83. Elaine was the daughter of James Berry and Evelyn Priestly. She was the baby of the family, sister to her four predeceased brothers: Clifton, Arnold, Eric and Garth. Elaine was the loving wife of the late Donald Fuller and mother to both Dan Fuller (Heather Johnston) and Debbie Holtby (James). Survived by three grandchildren Lexie, Charlie and Jesse. Elaine worked at the ICR in Hawkesbury, once she graduated from high school. For many years she acted as secretary and companion for Miss FM Douglas in Cushing. She graduated from Algonquin College in Museum Technology at the age of 60. Elaine devoted much of her time researching local history, she volunteered copious hours to the Argenteuil Museum in Carillon and was instrumental in acquiring funding for St- Mungo’s restoration project. She was an avid genealogist and dove head first into the Fuller and Berry past. Elaine enjoyed many activities, downhill skiing, curling, tennis, badminton, golf and in her youth being part of the world famous, award winning LES basketball team! She took pleasure in sewing, framing works of art, flowers and the birds in her backyard. Elaine’s goal was to live out life in the home her husband Donald built for them. She was successful, thanks to the devotion of neighbours and family, special thanks to Sandra Goorbarry, Dominique Lalande, Bob Leclair and John Stalker. The efforts of Under Your Roof, seniors at home care and the program Open Circle were also instrumental in assisting Elaine. Elaine was diagnosed with stage four cancer on Dec 11, she spent ten days in the Lachute Hospital where her health declined rapidly. During this time she retained her pride, dignity and sense of humour. A spring service and burial will follow, where we will honour both Donald and Elaine Fuller. Arrangements entrusted to Mozart Desforges Funeral Complex, 331, Bethany Ave, Lachute, tel: 450-562-3636, fax: 450-562-6864, email: [email protected], website: www.complexemozartdesforges.com.