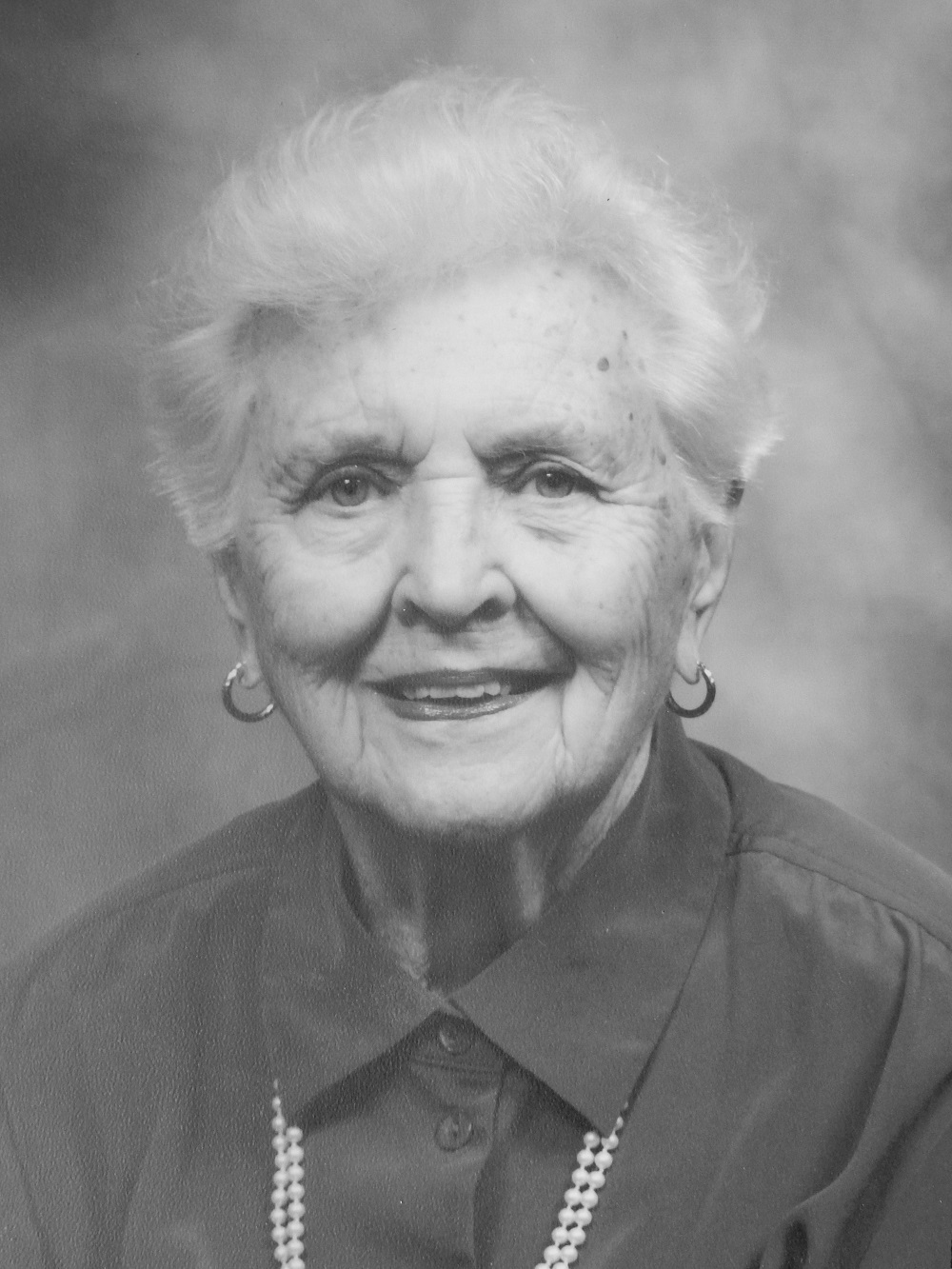 On March 1, 2019 Ruth died in Vernon, B.C. Ruth was born on January 1, 1923 and lived most of her adult years in Ontario and Quebec in the Ottawa Valley. She and her husband Johnny lived on the family farm near Lachute, Quebec until the expropriation of their farm by the Federal Government for the ill-fated Mirabel Airport. They made several moves before Johnny died in March, 1976 in Salmon Arm, BC. Ruth then lived in Cushing, Quebec for several years before moving to Vankleek Hill, the town of her birth. She relocated to Alberta, then moved to the community of Armstrong, B.C. in 1994 where she enjoyed her association with Zion United Church, the Seniors Center and especially the card parties. She has lived in Vernon from 2012 until her recent death.
Ruth is survived by her son John (Barbara), their 3 children Lyneve (Greg), John (Regan) and Lisa (Mike) and 7 great grandchildren all living in Alberta. Her other son Rod (Ruth) lives in Vernon. She was predeceased by her eldest son Willy, brother James and 3 sisters Betty, Asenath and Mary. She is survived by her sisters Elsie and Beth, and brother Stanley. Many nieces, nephews and family friends will have fond memories of Aunt Ruth and Uncle Johnny on their farm in the Laurentians with the sugar bush tapped to make maple syrup every spring.
A Celebration of Life event will be held on son John’s farm in Alberta in early summer. Cremated remains will be placed on the old family farm in Fall 2019.