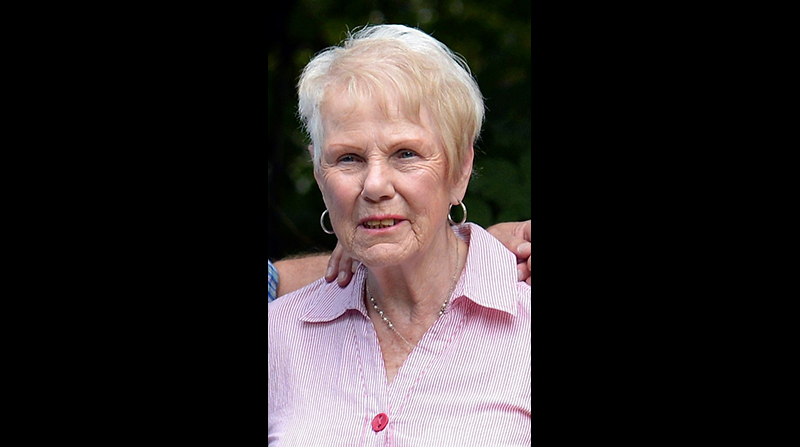 Mrs. Vivian Denis (née Laurin) of Hawkesbury passed away on Wednesday, October 27th, 2021 at the age of 80. Beloved wife of Maurice Denis. Predeceased by her sisters Evelyn, Louise and Frances, her brothers Jackie and Wayne. Dear mother of Reid Masson (Jill Crosby), Julianna Masson and Daniel Denis. Sister of Sandra (Alain), Clare-Mae (Billy), Helen (Alvin) and Diane (Art). Also survived by brothers-in-law, sisters-in-law, nieces and nephews. She will be dearly missed by Amber and Aaron, Crystal and Marc-Antoine and their five children, to whom she was a proud step-grandmother.
A fiercely proud and independent woman, Vivian raised her first two children on her own in Brownsburg, Quebec, while working two jobs, before marrying the love of her life Maurice in 1970. Together they raised three children and formed a lifetime partnership for more than 50 years. Maurice and Vivian owned the Maurice Denis BP and later Petro Canada service station at the corner of Lansdowne and Abbott streets in Hawkesbury throughout the 1970s and 1980s. Afterwards, Vivian worked for many years as the manager of the J.B. Lefebvre shoe store on Main Street in Hawkesbury. People knew her as the little blonde lady who actually cared about making sure her customers had proper footwear – not necessarily what the company wanted her to sell. She made up for it by selling more shoes than any other store in the company. She was later the manager of Bentley’s in Hawkesbury, before retiring at the age of 60 due to health issues.
Vivian had suffered with heart issues since a young age, but she never let them get in the way of anything she wanted to do. After retirement, she walked almost every day. And not just around the neighbourhood – Vivian power walked her way all over Hawkesbury. She loved to dance and was a member of the seniors’ club in Hawkesbury, where she and Maurice took lessons. At parties, they would spend all night on the dance floor together.
Vivian loved people and they loved her. She loved to listen to other people’s stories and to laugh. She loved music and in later life had become a fan of gospel music. Vivian loved to hear her son Reid’s band 50 PROOF play and could often be found at Porchfest, the May Show, and any other event at which they were performing.
Most of all Vivian loved her family; Maurice, Reid, Julie and Dan, her brothers and sisters and her friends. She will be dearly missed by the love of her life Maurice, her children, extended family, surviving siblings and anyone who ever knew her.
Funeral arrangements entrusted to Desforges Funeral Home, 188 rue Principale, Grenville, QC (819) 242-2113. Condolences may be sent online by visiting www.desforges.ca. A semi-private burial and service is being held on Saturday, November 13, 2021 at 11 a.m. at the Lachute Protestant Cemetery. Although it is for family and close friends, anyone who knew Vivian and would like to attend is welcome. For those who wish to donate, a donation in memory of Vivian may be made to the Ottawa Heart Institute at www.ottawaheart.ca.