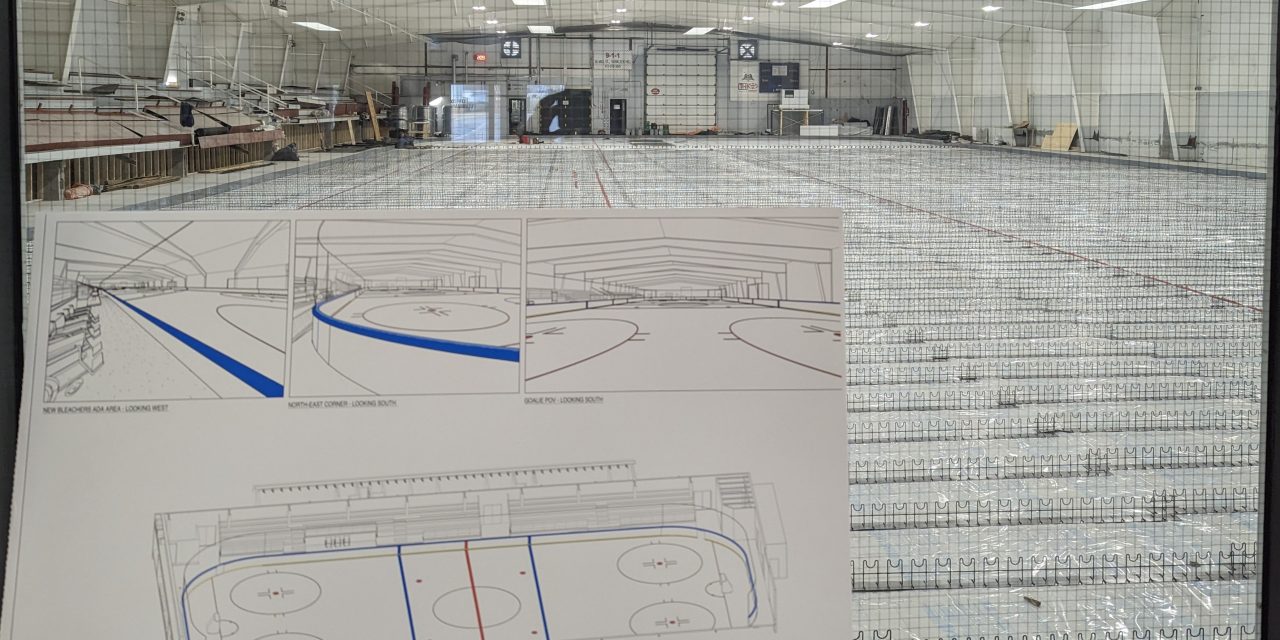 Phase 1 of the Vankleek Hill Community Centre renovation project is on schedule and expected to be completed by March 31, 2023. Submitted Photo

Renovations to the Vankleek Hill Community Centre and arena are on schedule, with Phase 1 of the project expected to be completed by its March 31, 2023 deadline.

Phase 1 of the $3.1 million project involves replacement of the concrete slab base for the ice surface. At 45 years old, the arena’s concrete slab is beyond its lifespan.

Champlain Township Communications Specialist Zoé Fortin-Larocque said a total of 220 cubic metres of cement was poured last week for the concrete base. Once cured (14 days or so), the boards and glass for the ice surface will be installed.

Request for Tender B for Phase 2, which will begin shortly after Phase 1 is completed, was published in December of 2022. Phase 2, which is scheduled to be completed by August of 2023, includes addressing structural, mechanical and electrical deficiencies in the community centre, new bathrooms with access for those with mobility issues, automatic front doors and other improvments.

A press release from Champlain Township noted that in February of 2022, two major capital fundings for the aging arena in Vankleek Hill were announced. The project is intended to ensure the arena’s ongoing availability to the many local ice user groups, as well as avoid the added costs of emergency replacement.

The Phase 1 ice slab project to be completed by March 31 includes the following updates:

The Phase 2 project planned for 2023 includes: