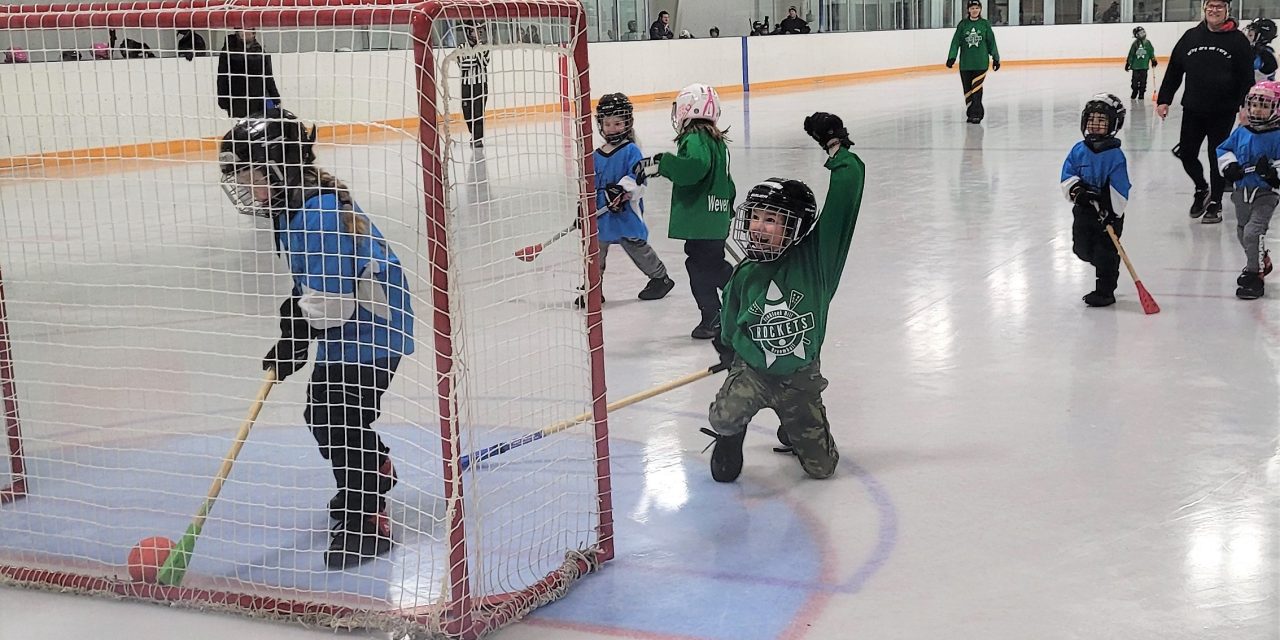 Carraig McCormick celebrates after scoring a goal in the Vankleek Hill Rockets U9 6-0 win over the Blue Jays on Saturday afternoon (January 14) at the Finch Youth Broomball Tournament. Photo: Reid Masson

The Rockets U12 team took home third place in their division, behind the first place Finch Black Shadows and second place Russell Team Black. Vankleek Hill won its first game 1-0 in the tournament before losing 1-0 twice in extended overtime.

In the U14/16 Division, the Finch Wildcats, featuring seven players from the Rockets who play in both leagues, took home second place. Team Orange took first in U14/16, with Russell Team Green taking home third place.

Vankleek Hill’s U9 team also played well in the exhibition U9 Division, winning their first game 6-0. For the team’s second game in the fun U9 division, the coaches pulled the strong players back and also used them in net. The Rockets ended up losing 1-0, but the kids had fun.