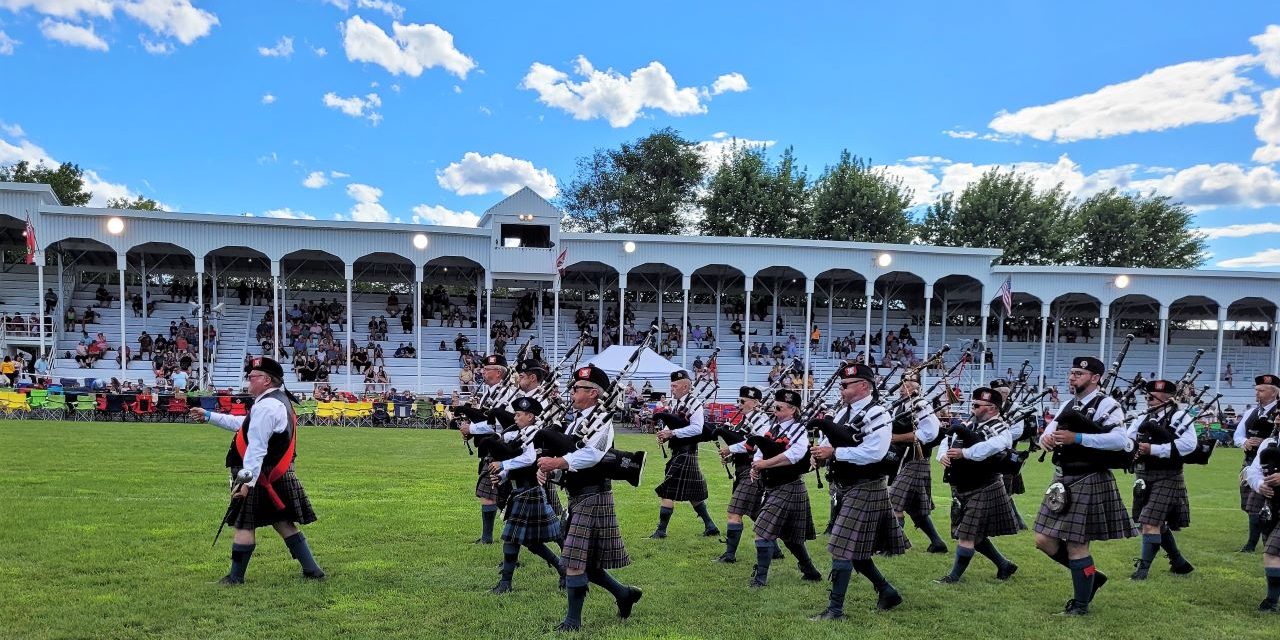 The Glengarry Highland Games has been honoured with a nomination as 2022 ‘Event of the Year’ by pipes|drums Magazine.

The pipes|drums Magazine‘s 22nd annual New Year’s Honours recognize the greatest collective performances, results and contributions made in the world over the past year. The honours are decided by a panel of 20 pipers and drummers evenly dispersed around the world, who are in tune with what’s going on with piping, drumming, politics, products and events.

The Glengarry Highland Games was nominated in the Event of the Year category and was the only Canadian nominee in a field of six.

“It’s always nice to be recognized for what we do, especially at this level,” said Games President Eric Metcalfe, who was thrilled to learn of the honour. “Through the hard work of our directors and volunteers, each year we strive to present the best celtic festival possible.”

The winner of this year’s Event of the Year category was the World Pipe Band Championships held in Glasgow, Scotland, which brings together the finest pipers and drummers in the world.

In commenting on the Glengarry Highland Games nomination the panelists stated:

“…in terms of paying audience, there’s no bigger event in the world. Like almost every other contest, competing numbers were down, but there was no decline in optimism and energy for the future. Haste ye back, indeed.”

Pipes/drums Magazine added congratulations to all of the winners and nominees, as well as those who contributed so much to piping and drumming over the last 12 months.

The 2023 Glengarry Highland Games will be held in Maxville, Ontario on August 4 and 5. Visit glengarryhighlandgames.com for more information.