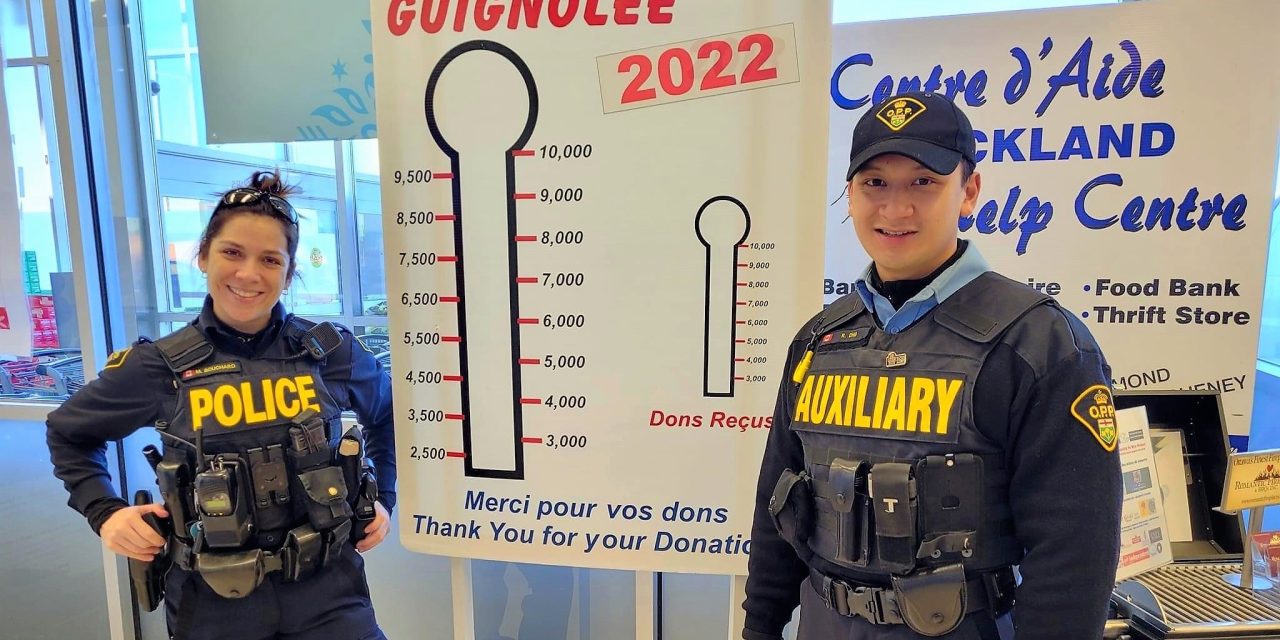 On December 10, 2022, Russell County Ontario Provincial Police (OPP) members joined volunteers of the local food banks and the Hot Country 92.5 radio station for two ‘Stuff a Cruiser’ events, to collect funds, food and other non-perishable items for those in need.

Members were stationed at the Parent Your Independent Grocer in Rockland, and Daniel’s No Frills in Casselman. With the community’s support and generosity, the Russell County OPP was able to raise over $8,300 in cash and hundreds of dollars in food donations. All donations went directly to the Centre D’Aide Food Bank in Rockland, and the Casselman Food Bank.

Russell County OPP members would like to thank Parent Your Independent Grocer and Daniel’s No Frills for allowing them to collect donations at their businesses. Without their support, the events could not have taken place.