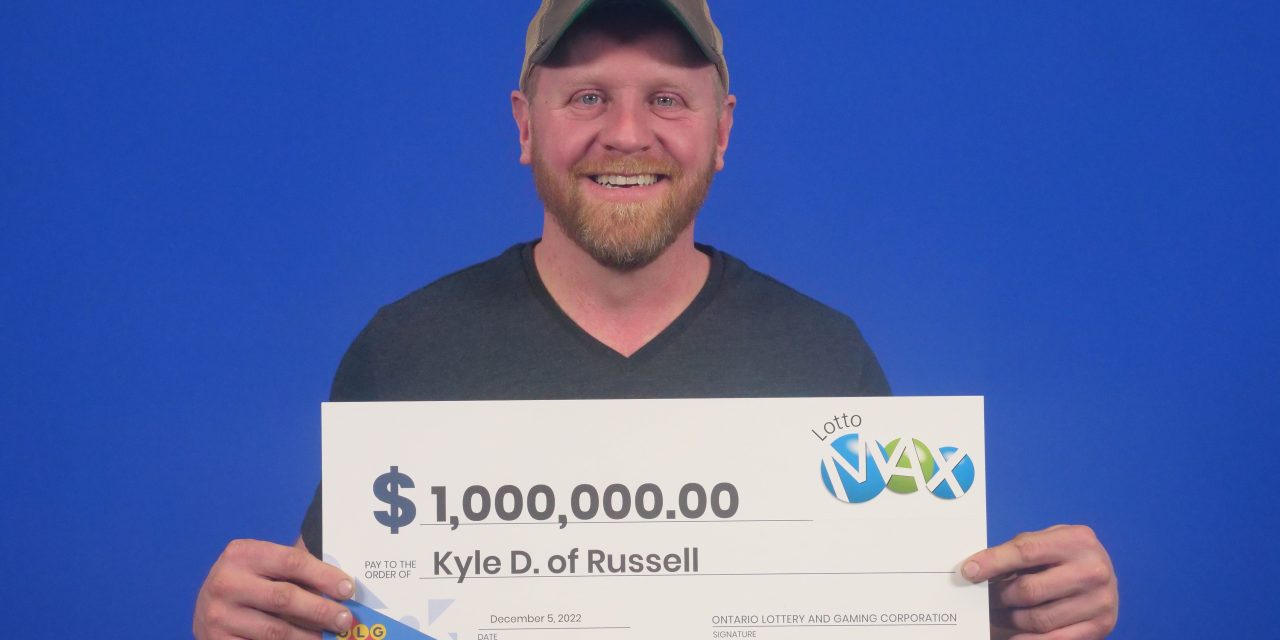 The Lotto Max odds have shone in favour of Kyle Dallman of Russell. He won a Maxmillions prize worth $1 million in the October 21, 2022 Lotto Max draw.

Dallman, 37, says he is an occasional lottery player and buys tickets when the jackpots are high.

“I checked my ticket a few days after the draw on the OLG App. I saw the Big Winner screen and thought I won $1,000 at first. I took a second look, and I was so happy and filled with joy and excitement,” he shared while at the OLG Prize Centre in Toronto to pick up his winnings.

The automotive worker says he called his wife, and she didn’t believe him.

“I had to send her a video from the store, and she had tears in her eyes when she finally realized it was true!”

Dallman says there are three main things he wants to do with this win.

“I want to buy a new vehicle, buy a boat and pay off our mortgage. The rest will be invested for the future,” he said.

“I wish there was a way to explain how incredible I feel. I keep saying ‘Thank you’ out loud to no one,” Dallman concluded.

The winning ticket was purchased at Shell Select on Prince of Wales Drive in Ottawa.