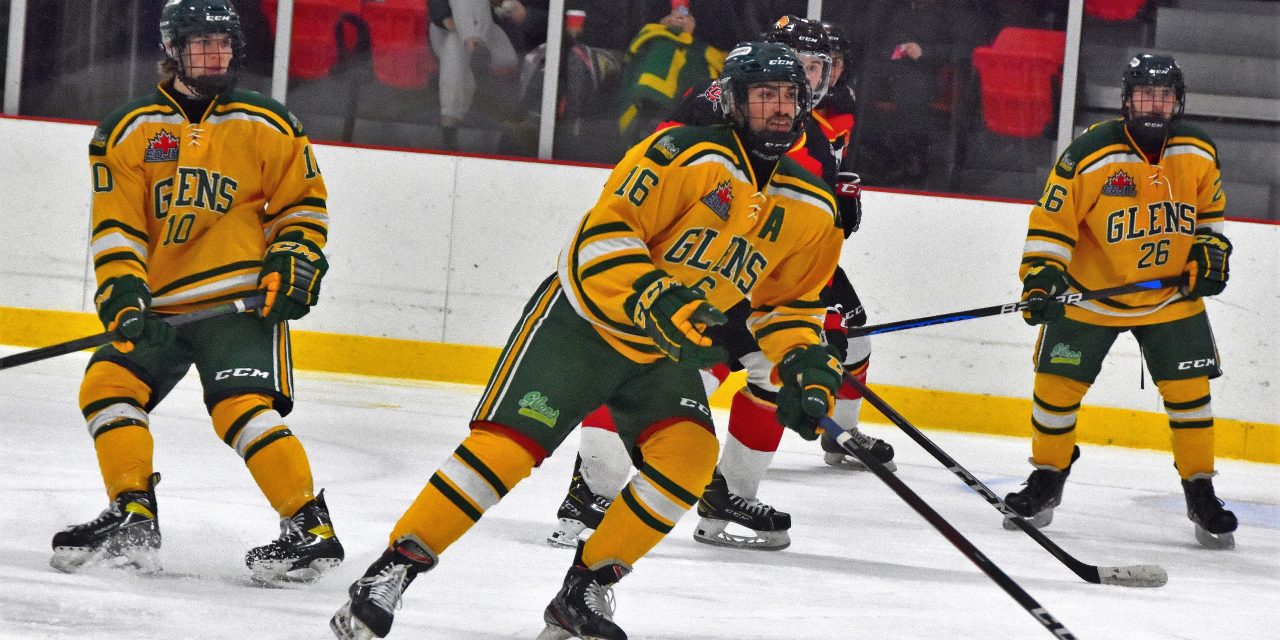 The standings may not show it, but the Alexandria Glens are on track to achieving their overall goal of bringing back the team’s rich culture and history.

Glens management and coaching staff went all in on local players for the 2022-2023 Eastern Ontario Junior Hockey League (EOJHL) season. While the results on the ice have been mixed, the objective of developing local talent and becoming more involved in the community has been a big success.

“Obviously we’d like our record to be a bit better,” says General Manager and Head Coach Christian Lajoie, who joined the Glens in July of 2021 as an associate coach and was promoted to head coach over the past summer. “But for the most part we’ve done a great job at (improving) our culture, getting some local players back on the team and getting involved in the community.”

“For us the big goal this year was to get that culture established again and build something concrete from there.”

Although their record is just 3-20-0-1, the Glens have been competitive in the vast majority of their games this season. The trend continued this past weekend, as the young squad lost to the Winchester Hawks 6-3 at the Glengarry Sports Palace on Saturday, December 10, despite outshooting the Hawks 42-35. On Friday, December 9, the Glens played a great game against the 13-7-1-1 Ottawa West Golden Knights, leading 4-2 after two periods, before falling 5-4 in a shootout.

Alexandria is already out of the EOJHL playoff picture this season, but the team has shown consistent improvement. Lajoie is pleased with the development of the young squad of local talent and is most proud of the atmosphere in the dressing room.

“The players are learning a lot,” the team’s head coach says. “We have a lot of first-year guys, so we’re going to have a lot of games where we make mistakes. But the progress and the work ethic, the character behind the team, and the guys in the dressing room, have been great.”

“It’s a really good environment to be in.”

On the ice, the young Glens have been adapting quickly, reducing the number of shots against and taking some of the pressure off of the team’s two goaltenders.

“Jordan Stairs and Jason Van Wieren have been pretty amazing,” Lajoie says of the team’s two backstops. “Stopping 50-plus shots a game is no small task. They’ve been very good.”

Local players rise to the task

Forward Vincent Boyle leads the team in scoring with five goals and 14 assists for 19 points in 24 games. Boyle is a local talent, from Vankleek Hill.

Another local bright spot for the team has been the play of 16-year-old forward Kayden Lopez, who hails from nearby Bainsville. While the young forward has not yet recorded his first goal, Lopez has proven he belongs in the EOJHL.

The Glens will continue to get better as the season continues, Lajoie says, even if they are out of playoff contention.

“We’re rebuilding, but we’re trying to stay competitive. In every game, we’re right there.”

Getting better and staying local

The team both improved and stayed local recently by adding hometown forward Derek Larocque. Left winger Donovan Francis was also picked up by the Glens, after he was cut by the Char-Lan Rebels.

Francis, a native of Martintown, has brought a veteran presence to the Glens, both on the ice and in the dressing room.

“He’s a great guy in the room,” Lajoie says.

Off ice the Glens will continue to work to build the team’s culture and develop local talent. Players recently participated in Alexandria Christmas Parade and the team is looking to do other events throughout the remainder of the 2022-2023 season.

It’s all part of the long-term plan, Lajoie says.

“We want to do what we can to pitch in as a team to help the community.” 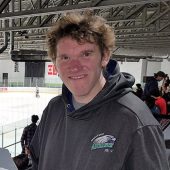