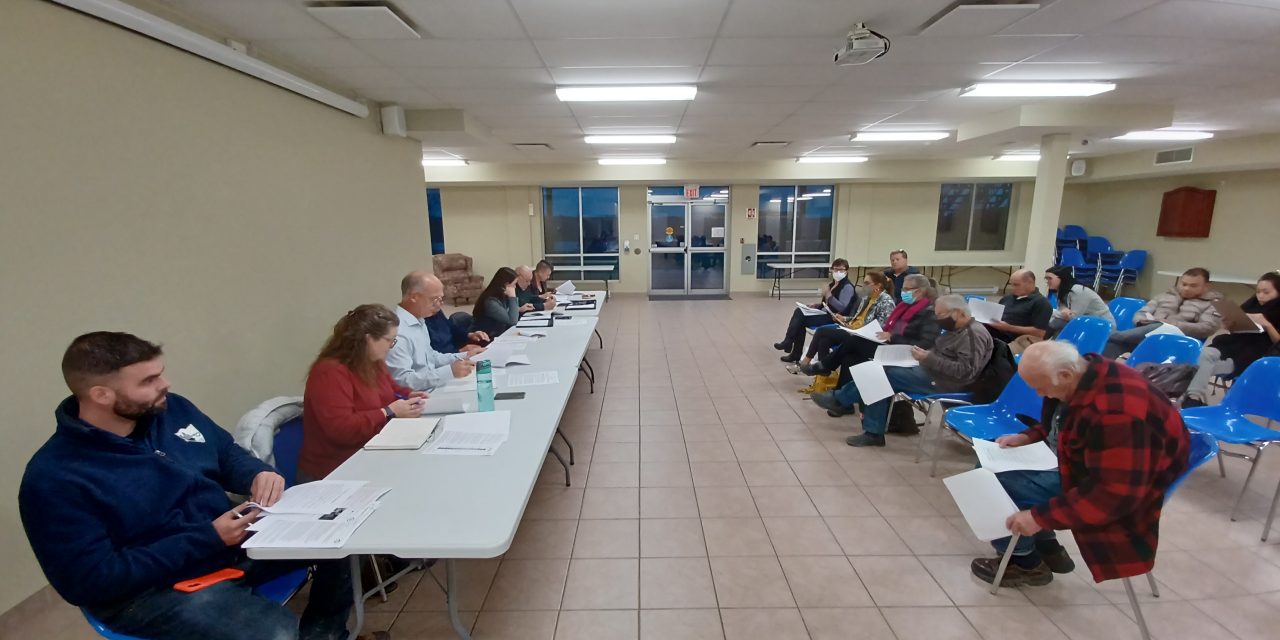 On November 30, residents and short-term rental property owners in East Hawkesbury had the opportunity to share their views on a proposed by-law which would if adopted, regulate short-term rental accommodations in the township.

The bylaw is being proposed after the township received complaints from Front Road residents about a waterfront short-term rental accommodation during the previous summer. There were 15 residents and rental property owners in the audience at the meeting in the Chute-à-Blondeau Community Centre.

The proposed by-law would require short-term rental property owners who list their accommodations on sites, such as Airbnb and Vrbo, to purchase a yearly licence of $1,000 from the township and be subjected to inspection from bylaw enforcement personnel. Property owners could have their licence suspended or revoked if they violate township by-laws, or provincial and federal laws.

One resident said the background noise from short-term rental properties should not exceed 30 decibels, so residents living 40 metres away can get a good night’s sleep. Clerk Hémi Villeneuve said the township’s noise by-law is separate from the proposed short-term rental bylaw.

The proposed bylaw would limit short-term rentals to properties, which are the principal residence of the property owner.

Villeneuve said the proposed fee was based on what other municipalities charge.

Currently, East Hawkesbury does not have 24-hour by-law enforcement. A resident asked who he was supposed to call about noise violations during the night.

Mayor Robert Kirby said the bylaw would have to be approved before changes are made to enforcement procedures.

Dominique Séguin, who owns a bed and breakfast in East Hawkesbury described short-term rentals as places which offer “a home away from home.” Séguin said most of his guests are people working in the area for short-terms and city dwellers, who want some relaxing time in the country. He said excessive noise is not typical of most short-term accommodation users.

“That is the minority of what’s really out there,” he said.

Séguin added his neighbours were not even aware he was operating a bed and breakfast.

“It’s actually quite high, that will put a big dent in our revenue for sure,” Séguin said.

Kirby responded with a suggestion that the municipality should be collecting taxes in accordance with the bed and breakfast.

“You’re running a hotel,” he said.

Ken, who would not give his last name, and owns a short-term rental property on Front Road which has been the source of complaints, and his girlfriend Ann, then spoke. Ann described the short-term rental bylaw in South Dundas, which includes Morrisburg and Iroquois. She said that by-law does not restrict short-term rentals to principal residences and the licence fee is $500 for a three-year permit. Ann added that the City of Ottawa’s licence fee is $250 for two years and that the city also collects a special sales tax on the fee paid by customers.

“Cottage rentals have been around forever,” remarked Ann.

Kirby asked Ken if he lives at his rental property full time.

“It depends on what you mean by full time,” he responded.

Ken explained the nature of work these days affects where people live.

Kirby asked him what he would do if someone called with a complaint about behaviour on his property. He said he has cameras monitoring the site and someone nearby who does cleaning, who could be contacted.

Ken said he charges his renters a nightly fee of $2,500 to restrict access and discourage the property from being occupied every night.

“I’m very selective about my clients,” he said.

In frustration, Ken asked, “What is the logic behind this?” and implied he would be able to have parties on his property if he had friends and relatives over, rather than paying customers.

“They’re coming to work,” he said of his clients.

“The bottom line is, you’re operating a business,” said Kirby.

Chief Building Official and Bylaw Enforcement Officer Jessy Hoffman noted residential houses do have a maximum occupancy rate, depending on factors such as septic system capacity.

Ken said he disagrees with a proposal in the bylaw requiring non-paying visitors to leave each night, especially if they have been drinking.

“Are we going to have to force them to drink and drive home?” asked the girlfriend.

Ellie Laliberté of Hawkesbury, who owns a company which manages 15 short-term rental properties on behalf of their owners said her hope is to reduce the drama involving regulatory issues with municipalities. She also emphasized how most clients are working people and not having parties.

“I’m absolutely not for that at all,” said Laliberté.

Following the comments received at the meeting on November 30, changes will be made to the proposed Hawkesbury short-term rental bylaw, and it will go before council for further discussion at the next meeting, to be held on December 12 at 6:30 p.m., at the municipal office on County Road 14 in St-Eugène.