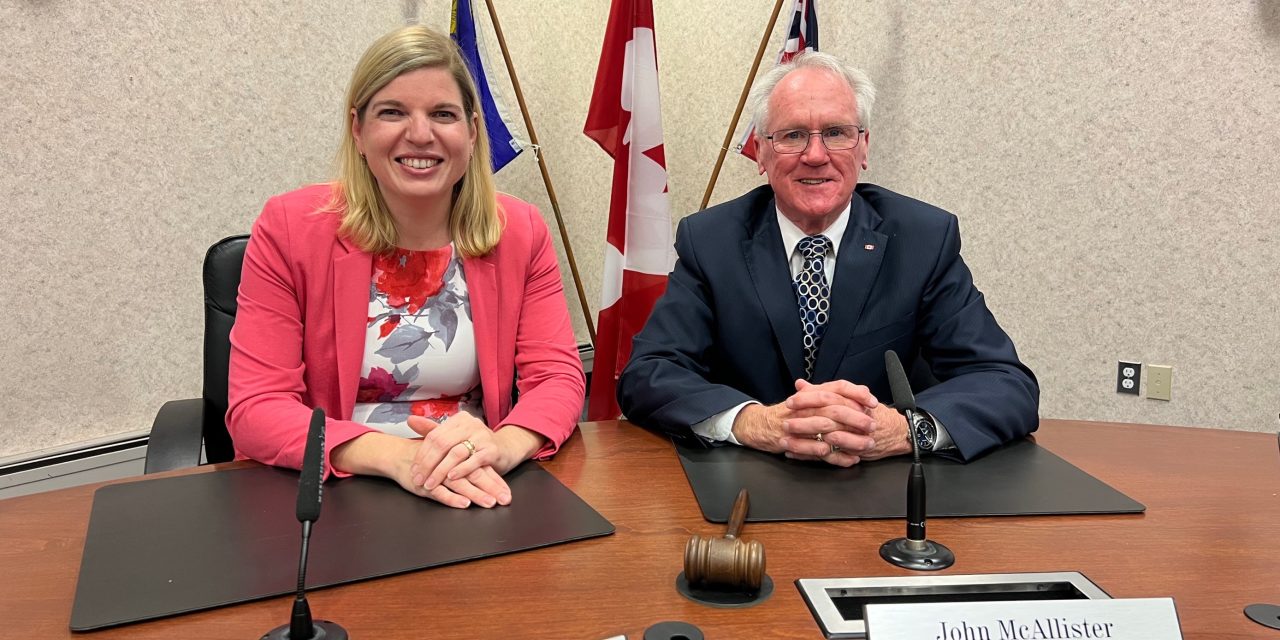 The Upper Canada District School Board’s trustees will be led by John McAllister (right) as Chair, with Corina Parisien (left) as Vice-Chair for 2022-2023. Submitted Photo

The Upper Canada District School Board’s (UCDSB) Board of Trustees will again be led by John McAllister as Chair, with United Counties of Prescott and Russell Trustee Corina Parisien as Vice-Chair for 2022-2023. The two were selected following the board’s annual organizational meeting on November 16, where trustees were sworn in for the 2022-2026 term.

The Chair and Vice-Chair are voted in each year by their Trustee peers. This will be McAllister’s fifth year serving as Chair since being elected as Ward 4 Trustee in 2010. This will be his fourth consecutive year as Chair. He is also a retired teacher and former municipal councillor.

“I’m excited to serve as Chair for the Board, especially with so many new faces at the table,” said McAllister. “I’m proud and humbled that my fellow trustees have bestowed their confidence in me once again.”

Parisien is entering her second term as trustee and is new to the position of Vice-Chair. First elected in 2018, Parisien has been a mentor to student trustees and has sat on various committees, including chairing the Trustee Innovation Awards committee.

“I look forward to the next four years and I’m excited to sit as Vice-Chair this year. I think we are going to be doing some wonderful things for education and look forward to what we will be bringing to the table,” said Parisien, thanking trustees for their confidence in her and electing her to the Vice-Chair position.