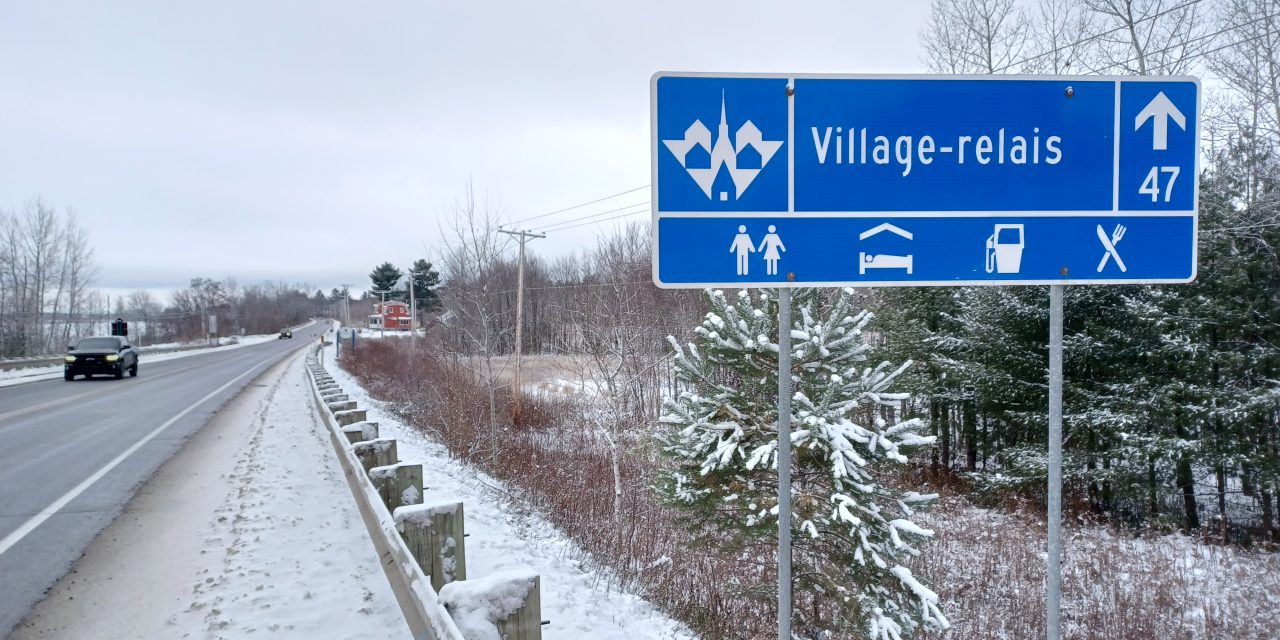 This Village-relais sign at the western boundary of Lachute shows the distance to the next Village-relais, which is Montebello. Brownsburg-Chatham is joining the program which offers road travellers inviting, reliable settings and services for stops in small municipalities across Québec. Photo: James Morgan

A lot of tourist traffic passes through Brownsburg-Chatham during all four seasons, as people drive to and from their skiing, resort, and chalet destinations. Now, the municipality is in the process of becoming a Village-relais, which would officially make it a recognized and reliable place for travelers to stop for a rest and access visitor services.

The Village-relais program in Québec is administered by the Ministère des transports du Québec (MTQ), and the Fédération des Villages-relais du Québec.

According to Brownsburg-Chatham Mayor Kévin Maurice, the MTQ approached the town about becoming a Village-relais.

“We’re right in the middle of everything,” Maurice observed. “They asked if we’re in.”

To qualify for Village-relais accreditation, a municipality must have a population of less than 10,000 and be connected to recognized provincial highways and tourism routes. Routes 148, 327, 344, and Autoroute 50 pass through Brownsburg-Chatham. The Chemin du terroir tourism route also passes through the town.

Under the program, cooperation is established with local businesses and services to offer visitors a reliable, safe, welcoming place to stop, and possibly extend their visit. The MTQ installs signage along highways, showing the distance to the next Village-relais and the services available there.

Village-relais municipalities are eligible for grants from the MTQ to support initiatives related to the program. Maurice said participation makes sense for Brownsburg-Chatham, because it is in an area where people travel between Montréal, Gatineau-Ottawa, and Mont-Tremblant.

There are currently 40 Village-relais municipalities across Québec.