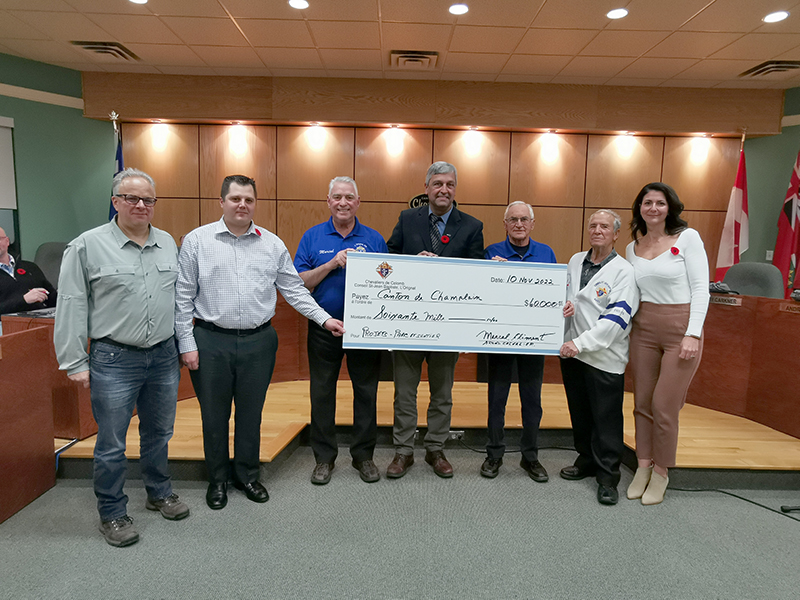 A large donation from the Knights of Columbus will close the loop on project discussions which began more than a year ago about creating a short pedestrian trail to connect Des Chalets Street and Bay Road. The short trail is well-known to walkers and will benefit local residents and the elderly, says Marcel Clément, Grand Knight of the St-Jean Baptiste Knights of Columbus Council.

Clément first approached council about the project in 2021 but council had concerns about safety and the cost of monitoring and maintaining the stretch of trail if it were to become a municipal responsibility.

Since then, the details have been ironed out and the donation will be used to close the loop and create the short pedestrian trail on what was an unopened road allowance being used informally by local residents.

The remaining funds will be used to extend a retaining wall at L’Orignal Park by 30 feet. The retaining wall protects the shoreline from erosion, especially when the ice melts and protects L’Orignal Park from flooding due to fluctuations in the water level of the Ottawa River, according to a municipal press release.