Resistance to triplex idea in Brownsburg 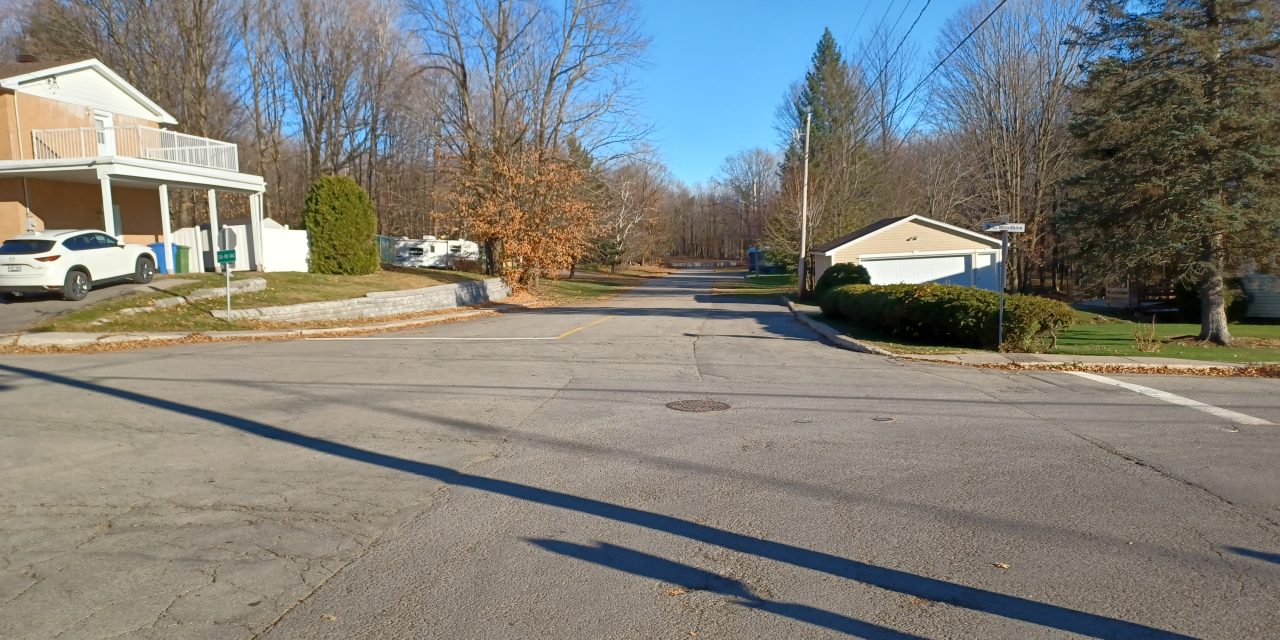 A developer has suggested constructing up to 25 buildings containing triplex residential dwellings on vacant land at the end of rue Mountain in Brownsburg, seen here from the intersection with rue Woodbine. Photo: James Morgan

An idea to build 25 triplexes in Brownsburg is meeting resistance.

The developer is considering the construction of up to 25 triplex residential buildings on vacant, forested land at the dead end of rue Mountain, near the intersection with rue Woodbine. The developer held a public meeting on October 17, which was attended by about 75 people.

However, Brownsburg-Chatham Director-General Jean-François Brunet said at the November 1 municipal council meeting that as of that time, no project had been officially deposited with the town to begin the required planning and zoning process. The town was not part of the October 17 meeting. Brunet said the meeting was held by the developer to gauge the social acceptability of the idea among residents.

On November 1, a 40-signature petition was presented to Brownsburg-Chatham council as an expression of opposition to the development.

Mayor Kévin Maurice said he appreciated the petition, which will be considered if there is ever a future, official public consultation process for the development if an official project is deposited with the town.