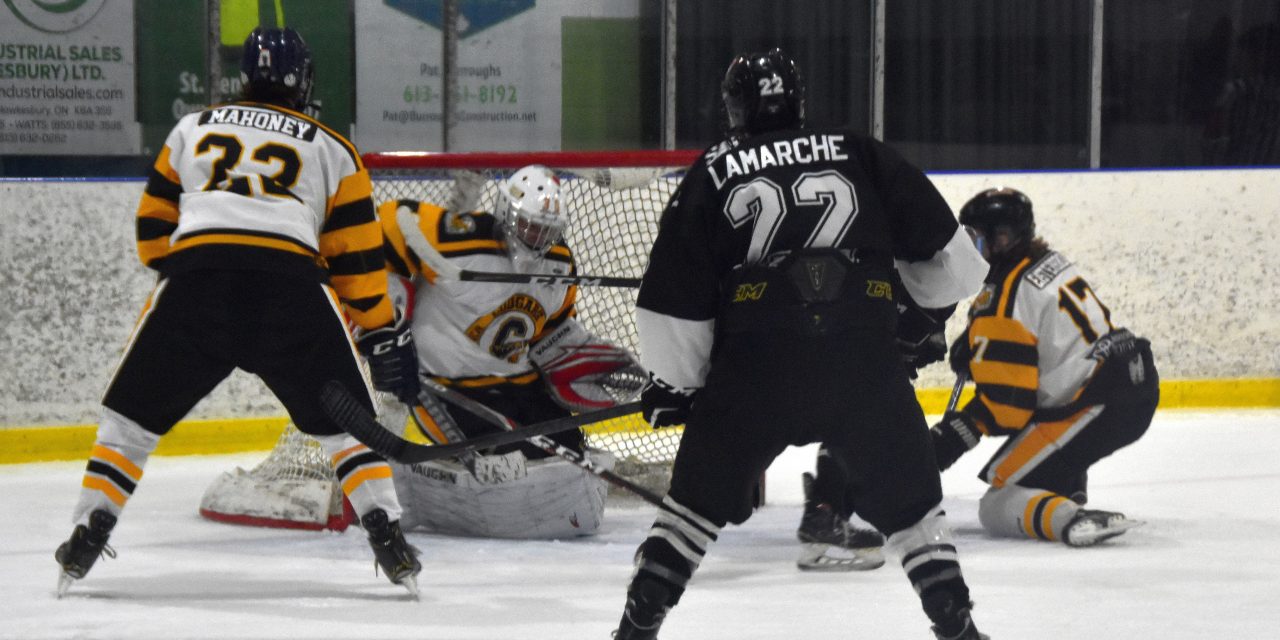 Cougars netminder Jeremie Tessier (30) was a standout in the Cougars’ goal in the team’s 6-1 victory over the Gatineau-Hull Volant. Defenseman John Mahoney (22) was named player of the game. Photo: Sylvain Lauwers

Cougars captain Mikael Bissonnette added a goal and an assist, as did Andy Lightle-Blais and Eric Skyba, while Joshua Desjardins added a single goal, as Vankleek Hill jumped out to a 6-0 lead after two periods. Rookie netminder Jeremie Tessier was a standout in the Cougars’ goal, carrying a shutout until almost midway through the third period.

While Saül was the points scoring hero on the night, defenseman John Mahoney was named Vankleek Hill’s player of the game for his role in leading a group of players in a major part of the team’s game plan – shutting down league leading scorer Étienne Champagne of the Volant.

“They have the best scorer in the league and our game plan was to shut him down,” said Cougars head coach Franky Dopelhamer, noting the tactics limited Champagne to a single assist on the night. “We had a plan to neutralize him and it worked.”

The Cougars also worked on eliminating needless penalties in practice during the week and the team’s head coach was extremely pleased with his squad’s response on Saturday.

“We were very disciplined and controlled our emotions,” Dopelhamer commented.

Vankleek Hill (7-3) will host the North Dundas Rockets (8-3) at the Robert Hartley Sports Complex in Hawkesbury this Saturday (November 12), where the team once again had a good crowd last weekend. Game time is 7:30 p.m. 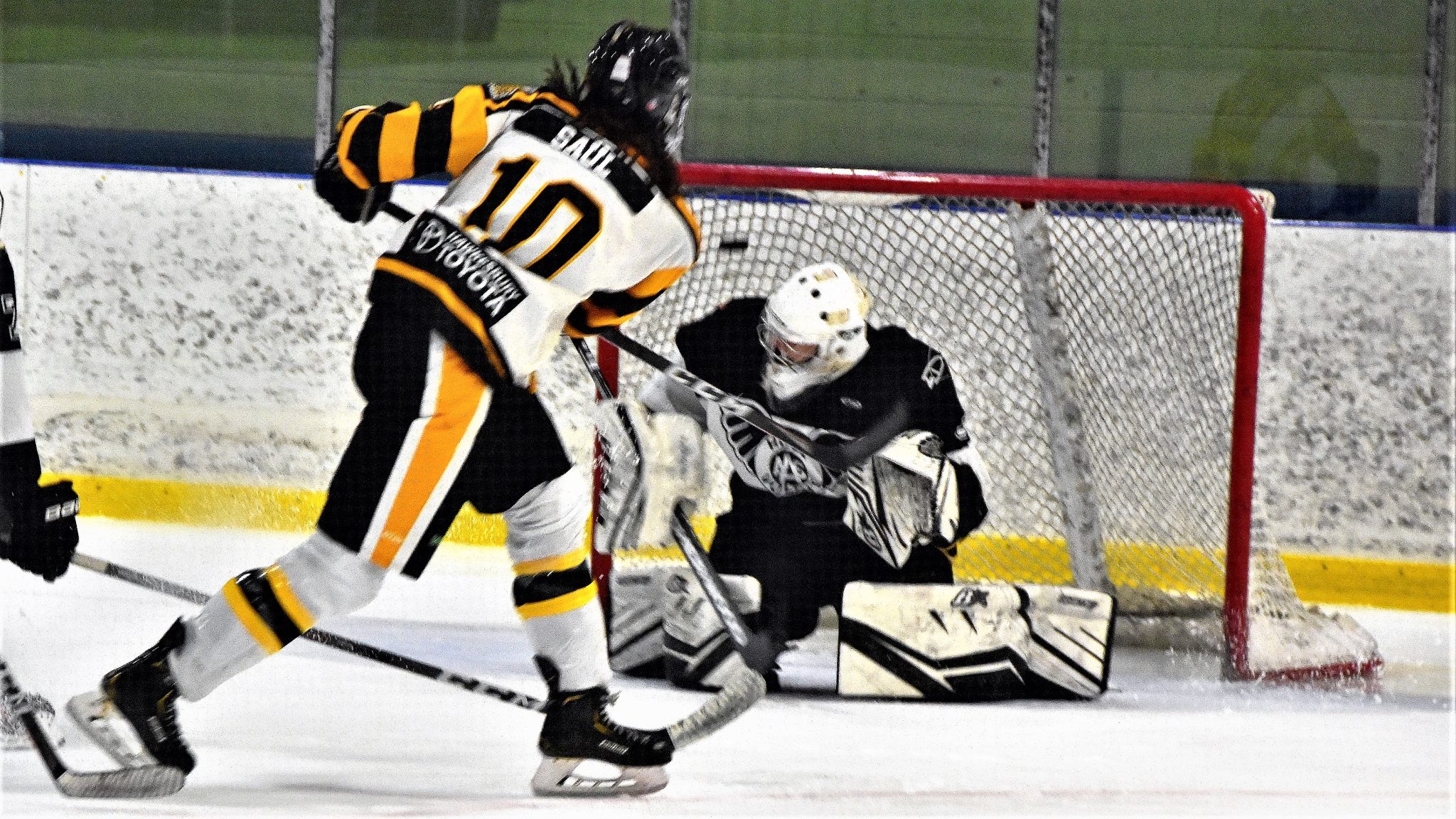 Vankleek HIll Cougars forward Alexandre Saül fires home one of his two goals on the night in Vankleek Hill’s 6-1 win over the Gatineau-Hull Volant on Friday, November 4. Photo: Sylvain Lauwers