Hawks come back to stun first place Ottawa in overtime 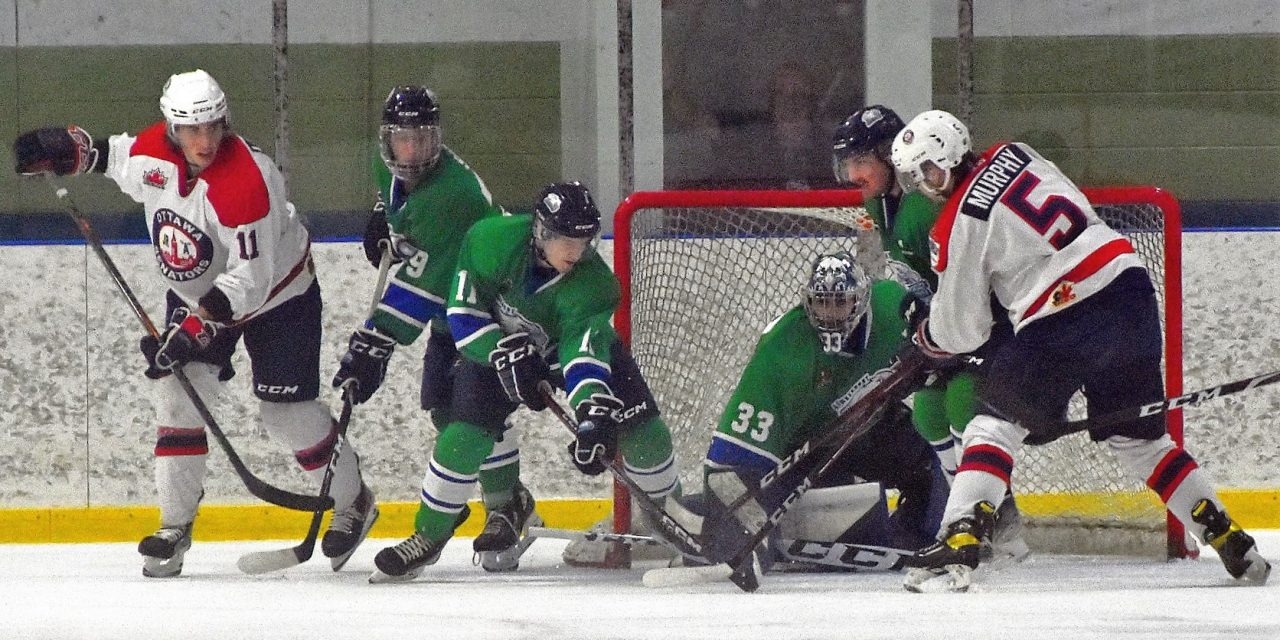 Hawkesbury netminder Dimitri Pelekos (33) was outstanding in goal, stopping 37 of 38 Ottawa shots as the Hawks won 2-1 in overtime against the Ottawa Junior Senators. Photo: Sylvain Lauwers

Jakson Kirk was the overtime hero as the Hawkesbury Hawks overcame a last-minute deficit to come back and stun the league-leading Ottawa Junior Senators on Friday, November 4.

Trailing 1-0 late in the third period, the Hawks pulled goaltender Dimitri Pelekos, and Remi Gelinas made the most of the decision, scoring with just 39 seconds left to delight the hometown crowd in Hawkesbury and set up Kirk’s overtime heroics. In the extra frame, Kirk raced out his own zone on an odd man rush, going end to end before firing the puck between the legs of Ottawa netminder Rorke Applebee at 4:07 of the overtime period.

Pelekos made 37 saves, as Hawkesbury improved to 8-3-1-3. Ottawa fell to 11-3-2-0. The Hawks remain in third place in the Central Canada Hockey League’s (CCHL) Yzerman Division, but now trail Ottawa by just four points and have two games in hand. Navan sits in second, two points ahead of Hawkesbury.

“I think that’s the most we were challenged this year – they really took it to us most of the game,” said Hawks head coach Charles Lavigne. “I’m really happy with how resilient the guys were to the challenge.”

The win was just the latest of a number of one goal wins for the Hawks, who have kept their fans at The Bob on the edge of their seats for most of their games this season.

After a quiet week, Hawkesbury will now play four games in six days, beginning this Thursday (November 10), when the Hawks travel to Cornwall to play the Colts. The Hawks then have a home-and-home series with the second-place Navan Grads, which begins Friday, November 11, at the Robert Hartley Sports Complex in Hawkesbury. Game time is 7:30 p.m.

Hawkesbury travels to Navan to face the Grads on Sunday (November 13) at 3:30 p.m., before returning home to The Bob to play the Brockville Braves at 7 p.m. on Tuesday, November 15. 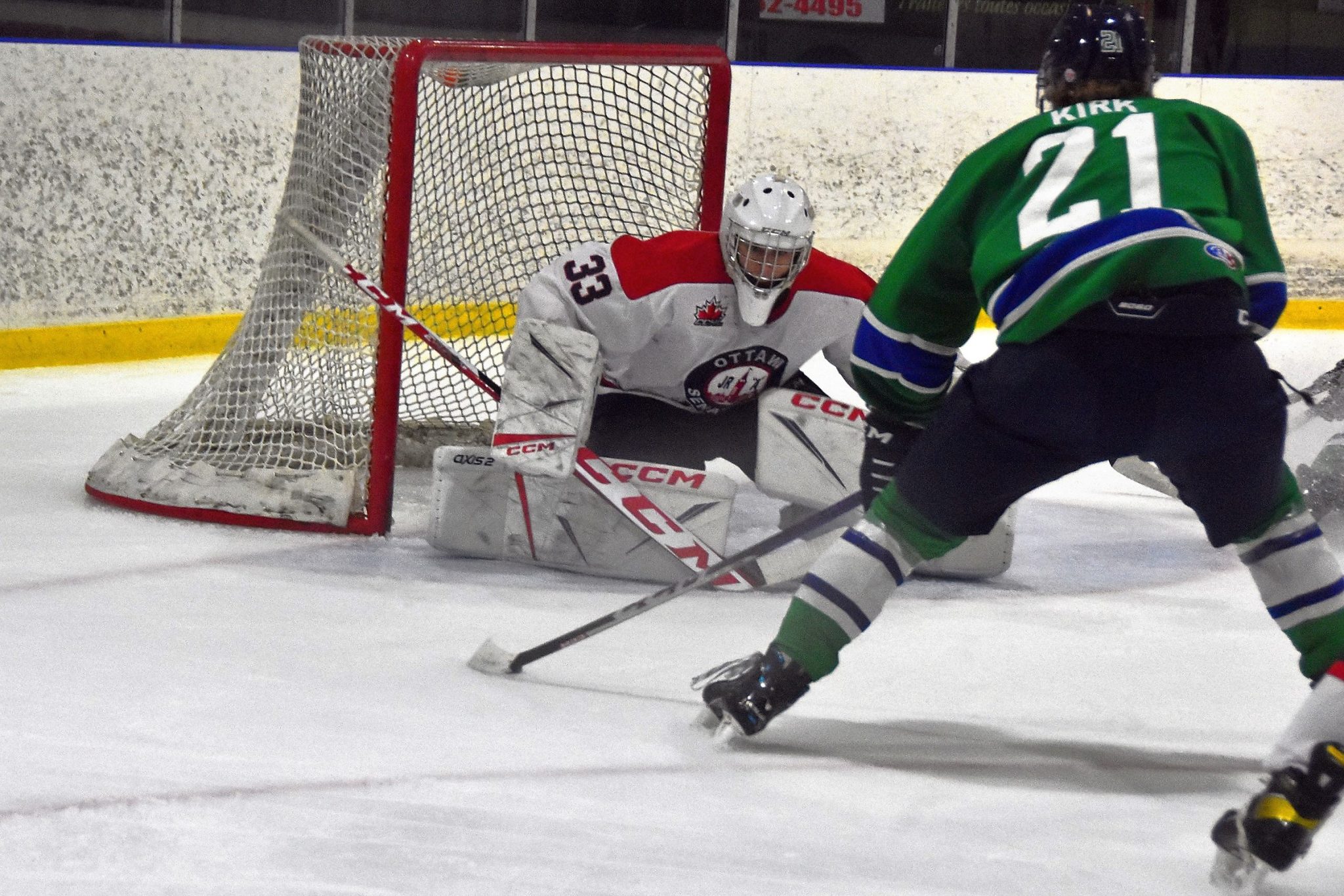 Jakson Kirk (21) was the overtime hero, scoring the winning goal at 4:07 of the extra frame, as the Hawkesbury Hawks came back to stun the Ottawa Senators 2-1 on Friday, November 4. Photo: Sylvain Lauwers