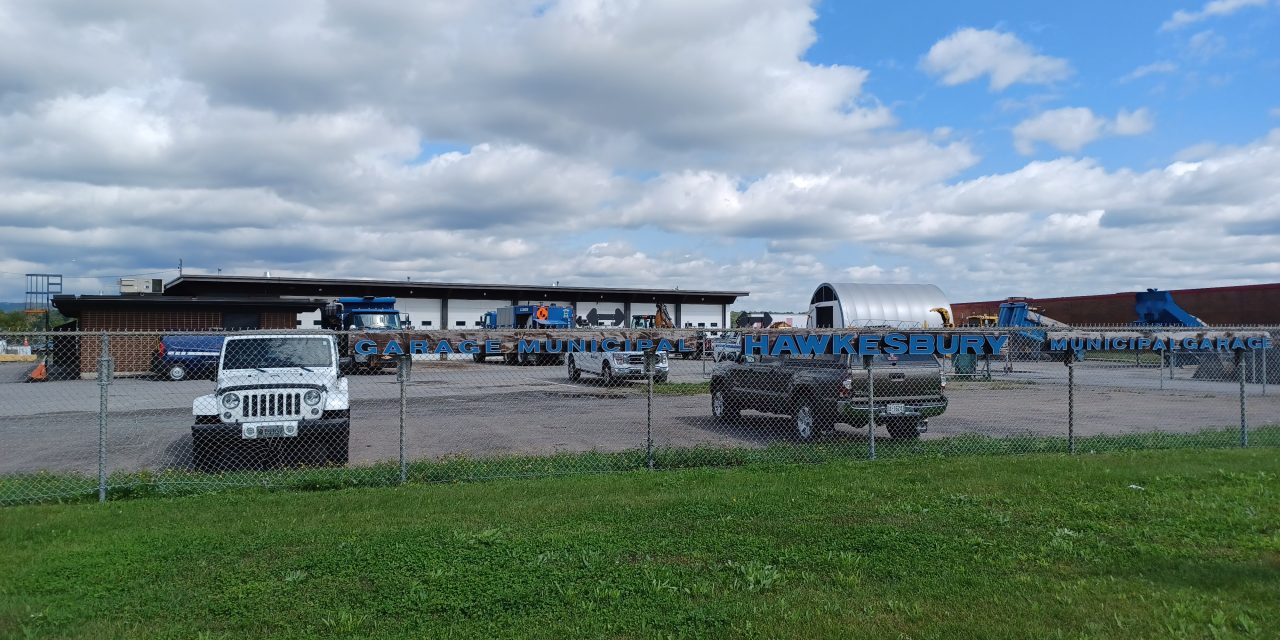 The Town of Hawkesbury will build an entirely new municipal garage, adjacent to the existing winter snow dumping site.

On October 11 at its final meeting before the October 24 election, town council approved a recommendation to purchase 2.54 acres beside the winter snow dumping area near the intersection of Tupper Street and Spence Avenue as the site for a new garage.

A Building Condition Assessment performed by LRJ Engineering earlier in June 2022 determined the existing municipal garage on Main Street East is extremely inadequate and obsolete because of the poor condition of the building and its inability to accommodate large public works vehicles.

At the September 12 council meeting, two options for a new garage were presented. They were building the new garage near the snow dump site or renovating the Hawkesbury Hydro garage at the corner of Tupper and Tessier streets. The hydro garage and adjacent yard are mostly unused, because Hawkesbury Hydro uses a private contractor for all its line construction and maintenance work.

An Options Analysis performed by LRJ in August 2022 indicates it would cost about $7,245,000 to build a totally new garage, while it would cost about $5,495,000 to renovate the hydro garage. The LRJ analysis favours constructing a completely new garage, because it would give greater flexibility to include the functions required for the Department of Public Works to provide its services.

On September 12, council agreed to table deciding on building an entirely new garage, or renovating the Hawkesbury Hydro garage, so they would have more time to research information and consider each option because of the difference in the cost of each.

Councillor Yves Paquette said he concluded there are long-term advantages to building a completely new facility and considered the amount of work which would have been required to renovate the hydro garage. Paquette said he reviewed all the documents and appreciated having more time to consider the options, advantages, and disadvantages.

“I am in favour of a new municipal garage for economic reasons for the citizens of the Town of Hawkesbury,” Paquette said.

Mayor Paula Assaly asked if the new garage site could accommodate a future eco-centre, where waste items not normally collected at the curb could be taken by residents. Director of Public Works and Engineering Jonathan Wilson said it is possible.

The recommendation to proceed with acquiring the land and constructing a completely new municipal garage does not officially approve the acquisition of the property, approve building design, select contractors, or allocate any funds for the project. Those decisions will be up to the new council to make once it takes office.