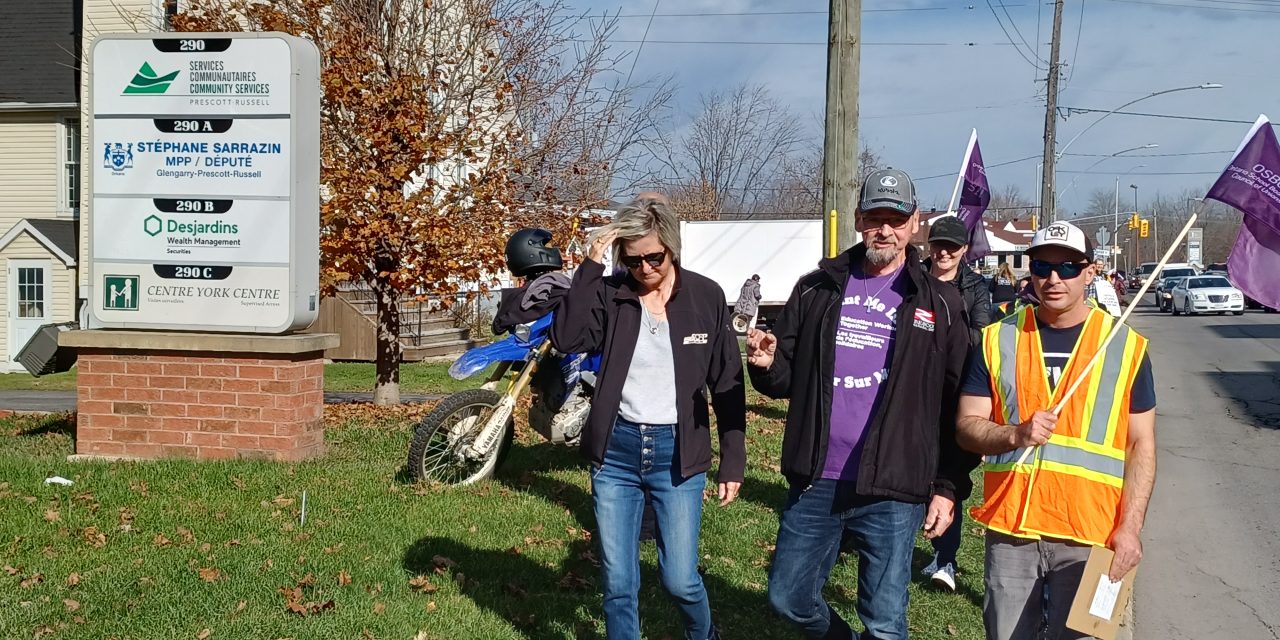 School administration, educational assistants, and custodians from across the region demonstrated all day on Friday, November 4 outside the Hawkesbury constituency office of Glengarry-Prescott and Russell Member of Provincial Parliament Stéphane Sarrazin. They are members of the Canadian Union of Public Employees (CUPE) and are in ongoing contract negotiations with the Ontario Ministry of Education. The workers went ahead with a strike, even though the legislature has approved a law prohibiting strike action and attempts to impose a new four-year contract on the workers. The law approved by the legislature uses the Notwithstanding Clause of the Canadian constitution to bypass any ways it violates the Charter of Rights and Freedoms. About 55,000 workers in schools across Ontario are affected by the labour situation.

Locally, in-person classes at schools were cancelled on November 4.

Wages are the main issue in the dispute between CUPE and the provincial government. Other education unions have expressed support for the strike action taken by the CUPE members.

The law approved by the legislature is called the Keeping Students in Class Act. CUPE could face a $500,000 fine and each individual union member could face a daily fine of up to $4,000 for contravening the law and continuing strike action.

The demonstrations locally and across Ontario by CUPE school support staff continued on Monday, November 7 and in-person classes remained cancelled at affected schools for the day. However, Premier Doug Ford offered to CUPE, in writing, to repeal the unpopular anti-strike legislation and return to bargaining between the Ministry of Education and CUPE. The union accepted the Premier’s offer and regular classes were to resume on Tuesday, November 8.