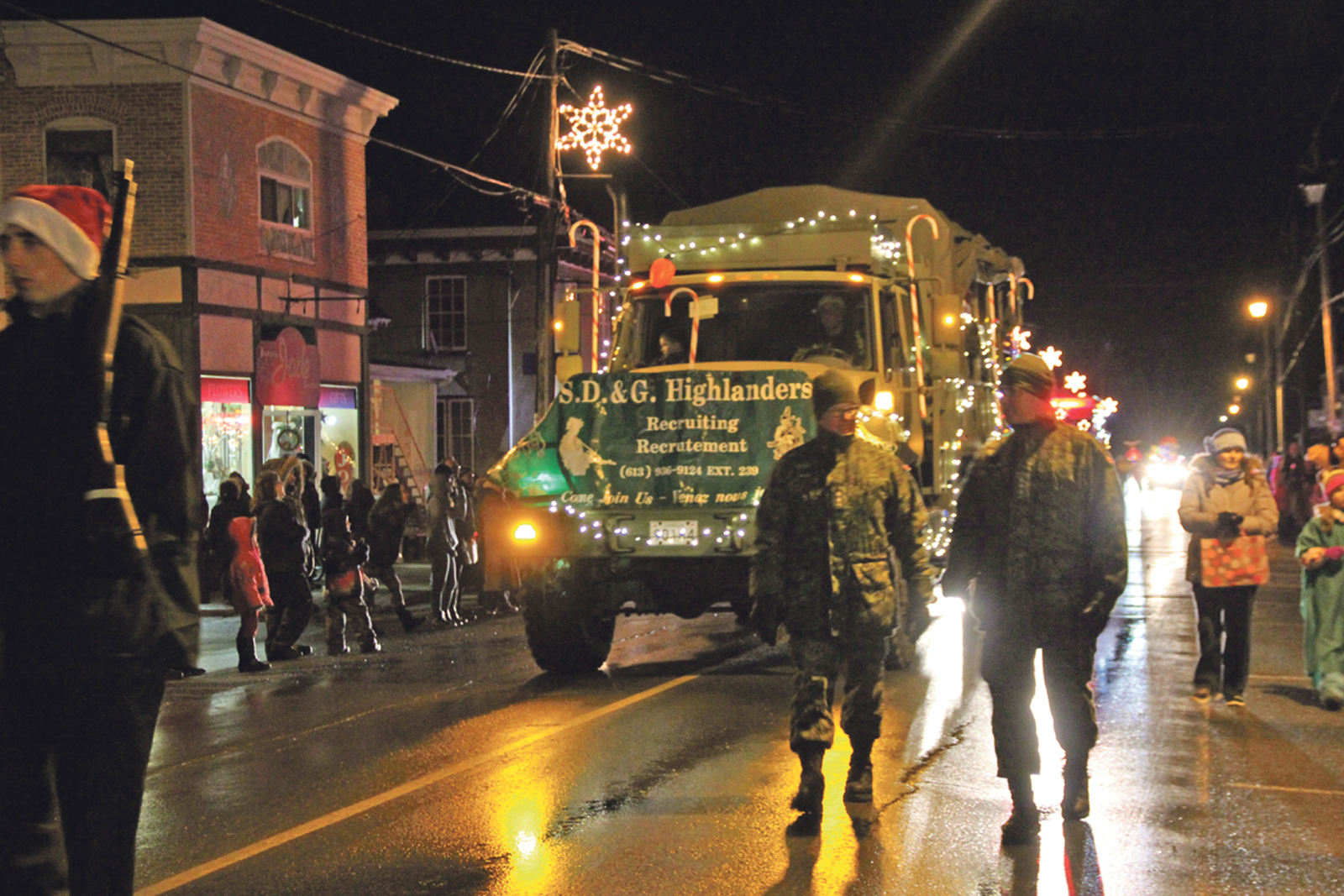 Champlain Township continues to make plans for this year’s Christmas parade, which will take place in Vankleek Hill on Friday, December 2. The date is also set for the annual tree lighting event in L’Orignal, and the township’s annual winter carnival appears to be melting away.

On October 13, township council approved the annual Christmas Parade and L’Orignal Canada Day celebration as two events which will be organized by the municipality. Previously, Excellent Events had organized the parade, which was known as the Parade of Lights.

The parade was last held in 2019. It was not held in 2020 or 2021 due to the COVID-19 pandemic and Excellent Events indicated it did not intend to organize the parade in 2022, which led to the township’s decision to take over the event. Director of Parks and Recreation Lisa Burroughs told council the budget normally allocated for the Champlain Winter Carnival will instead be allocated to the Christmas parade. In the 2022 township budget, no specific amount had been allocated for the carnival.

“What we’re thinking more is concentrating on Canada Day and the Christmas Parade,” Burroughs responded.

A report written by Burroughs explains winter carnival participation had decreased significantly in recent years, even before COVID-19.

“I think the winter carnival is done,” she said.

Burroughs report explains winter carnival participation is affected in February because many minor hockey tournaments take place then, meaning local families are away during the carnival. Moving the winter carnival to January was not an option, because it was considered too soon after Christmas. Moving it to March was also not considered, because winter weather is often unreliable by then.

The Christmas parade in Vankleek Hill will begin at at 7 p.m., with activities starting at 6:30 p.m. on Friday, December 2. It will begin at Vankleek Hill Collegiate Institute, proceed north on Highway 34 to Perreault Street, and then travel east to Home Avenue, where it meet up with Stanley Avenue, following Stanley Avenue to Higginson Street. The parade will turn left onto Higginson Street to Derby Avenue, where it will turn left to get to Main Street and then turn right (west) onto Main Street and will end at the traffic lights at the corner of High Street and Main Street. Two decorated floats have already been rented, and characters on stilts and dressed as gingerbread cookies will also walk in the parade. A municipal float will lead the parade, and Santa Claus will be at the end of the parade.

At 4 p.m. on December 2, children will be able to write their letters to Santa Claus at The Review offices. A Christmas craft time will be offered at the Champlain Public Library, and The Creating Centre will be open as a place to warm up and use the washrooms. A tree-lighting is taking place in the Town Square Park beside the post office at 6:30 p.m. The Vankleek Hill Food Bank, located at 124 Main Street East, is offering hot chocolate during the parade as its way of saying thanks to the community for its ongoing support.

In addition to approving the route of the Christmas parade, on October 13, Champlain Township Council also approved a lane reduction on King Street in L’Orignal on Sunday, December 4 for the annual Illumination L’Orignal village tree lighting, which will take place between 4 p.m. and 5:30 p.m. at the corner of King Street and Bay Road.