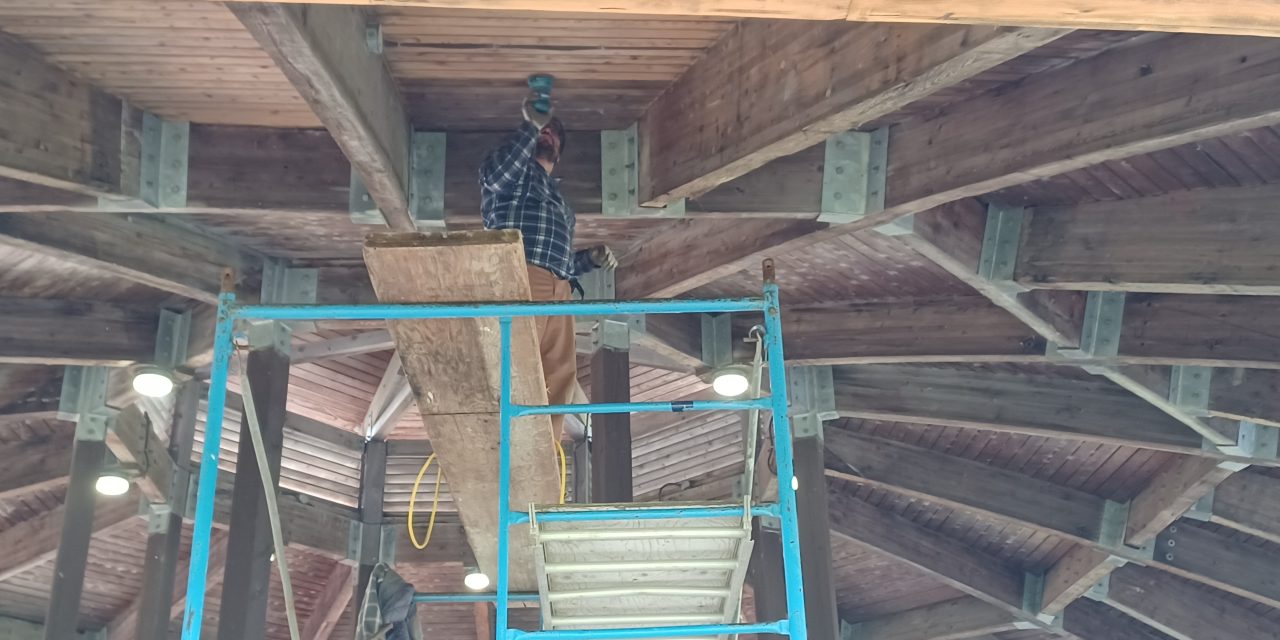 Employees of R. Cadieux Construction working on a project to add nighttime illumination to the pavilion at Confederation Park in Hawkesbury. Photo: James Morgan

A series of projects have been taking place lately to beautify the centre of Hawkesbury and make the area more inviting to visitors and residents alike.

During 2022, a partnership of the Hawkesbury COMZAC-BIA (Business Improvement Area), the Hawkesbury Industrial Investment Association (HIIA), and the Employment Services Centre of Prescott-Russell.

Among the seven projects are adding lights to the large gazebo in Confederation Park. The gazebo will be illuminated at night as a way of creating a landmark for visitor traffic entering and leaving Hawkesbury on the Long Sault Bridge. A new exhibit in front of the gazebo will highlight the history of Chenail Island and the founding of Hawkesbury.

The project is under the direction of the Association canadienne-française de l’Ontario (ACFO) and is made possible by a $100,000 federal grant from FedDev Ontario provided by Tourism Ottawa.

An additional $100,000 FedDev Ontario grant through Tourism Ottawa is going towards establishing an interactive Discovery Path, which will allow users to learn about Hawkesbury’s heritage and culture. The route will follow John Street, Main Street, and McGill Street.

Users will be able to scan QR codes on 15 different specially marked signposts to watch a video explaining the historical and cultural significance of each location. Due to the approaching winter season, Project Manager Jean Sirois said installation of the Discovery Path markers will likely happen in the spring of 2023.

The other projects supported by the COMZAC-BIA, HIIA, and Employment Services Centre of Prescott-Russell in 2022 are the upgrades and expansion at Place des Pionniers, plans to create a new community hub space, tree planting along Chenail Boulevard, continued support for Espace Green Beaver, and advocating for the proposed Place de la Station residential development. 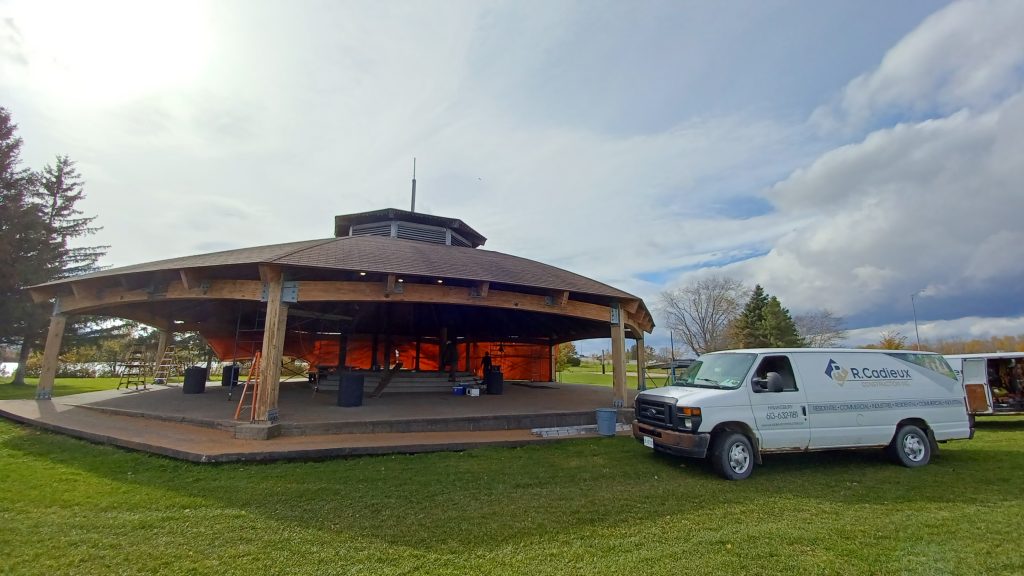 R. Cadieux Construction is making the changes to the gazebo in Hawkesbury’s Confederation Park to illuminate the gazebo as a landmark for traffic passing by on the Long Sault Bridge. Photo: James Morgan