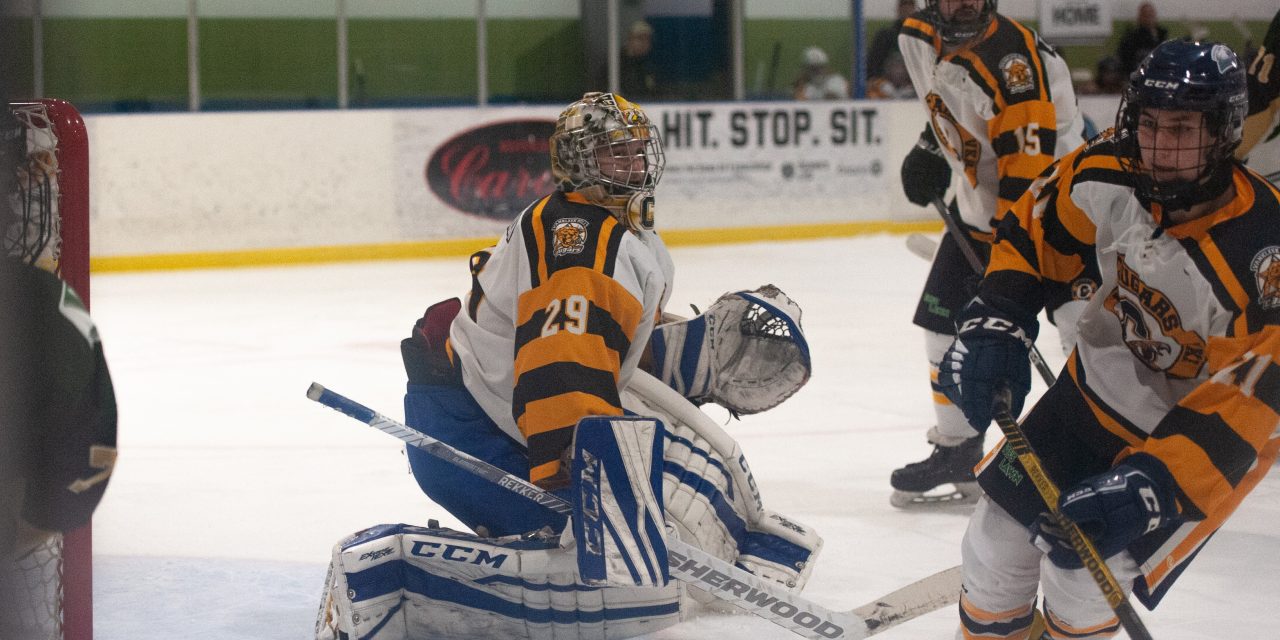 Justin Nolan was the hero on Saturday evening (October 29), scoring the winner with just over three minutes left in the game, as the Clarence Castors came back on the road to stun the Vankleek Hill Cougars 2-1.

John Mahoney scored to put the Cougars in front midway through the first period, a lead that stood until Clarence’s Nicolas Gaumond fired home an unassisted goal with just 6:50 remaining in the game to set up Nolan’s heroics. The result was a frustrating one for the Cougars, who outshot the Castors 48 to 29 on the night and controlled play for most of the game.

“We deserved that win all the way,” commented assistant coach Carl Bougie, who filled in for Cougars head coach Franky Dopelhamer on the weekend.

For the second straight game, the Cougars also struggled with penalty issues, however Bougie refused to blame the referees for the loss. He said the coaching staff will instead focus on ensuring the players know how to stay out of the box.

A huge positive for the Cougars is that they once again drew a large crowd to the team’s temporary home at the Robert Hartley Sports Complex in Hawkesbury, with more than 200 fans in attendance.

“We really appreciate the crowd support at The Bob,” commented Bougie, noting attendance has been much higher than expected. “We’re almost overwhelmed by it.”

“It’s really fun to see that and it’s fun for the kids too.”

Vankleek Hill – now tied for fourth in the National Capital Junior Hockey League with a record of six wins against three losses – will be looking for the same great fan support at home this Saturday (November 5) when they face the first place Gatineau-Hull Volant (9-1). Game time is 7:30 p.m.