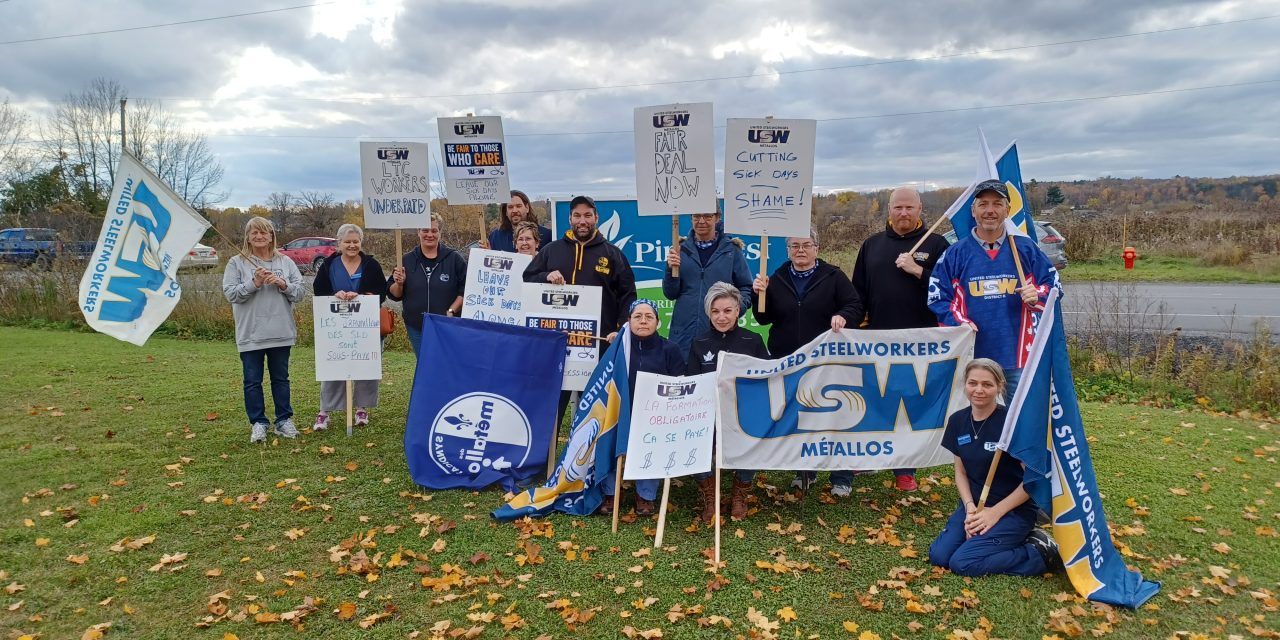 Health care workers at a nursing home in Plantagenet took their labour issues to the street on Tuesday, October 18.

The USW represents 57 employees at the nursing home in roles including housekeeping, laundry, personal support workers, and Registered Practical Nurses. There are 58 residents at the Pinecrest Nursing Home.

According to USW Eastern Ontario Area Coordinator Richard Leblanc, the main issue in the contract negotiations is the employer’s request that employees reduce the number of sick day hours they may accumulate from 500 hours to 125 hours. The employer also wants to reduce the amount of pay an employee who takes a sick day may receive, from 100 per cent of their regular wage to 66 per cent.

Another issue in the contract negotiations is the ability for employees to use generic drugs in their benefit plan. According to Leblanc, the employer wants more justification from employees wanting lower cost generic drugs, but not for the more expensive brand-name version of the medication.

“We encourage our members to go generic if they can,” Leblanc said.

Under provincial law, nursing home workers are not allowed to strike, but demonstrations like the one held in Plantagenet on October 18 are permitted. The union members picketed outside the nursing home building, along Jessup’s Falls Road, and County Road 9 in Plantagenet.

Collective bargaining negotiations between USW Local 9211 and Southbridge Care Homes were to continue on October 19. 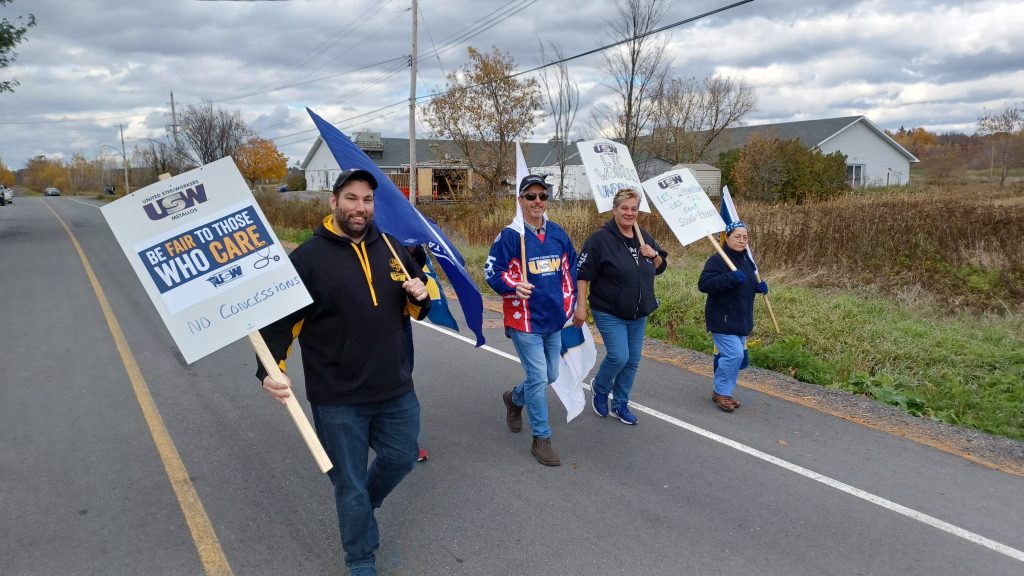