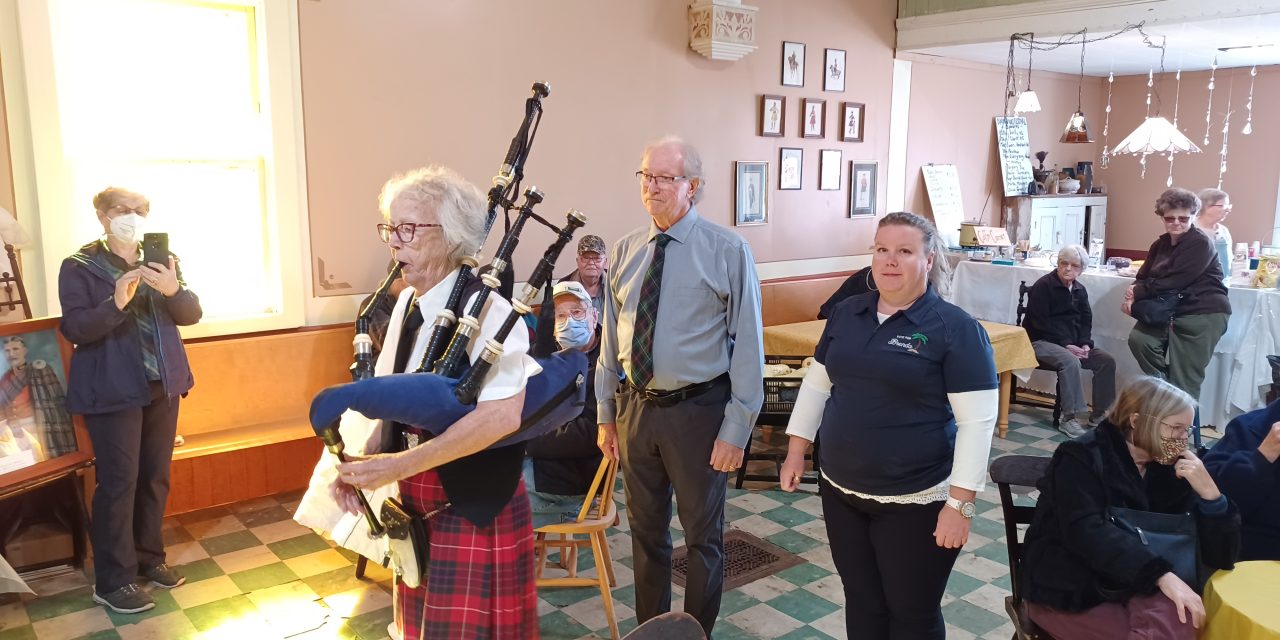 With just a few days to go before municipal election day on October 24, Lochiel Ward candidates for North Glengarry council Brian Caddell, left, wearing tie, and Brenda Noble, right, were each given the opportunity to share their ideas with voters. In true Glengarry fashion, Caddell and Noble were escorted into the hall by bagpiper Frances Fraser. Caddell defeated Noble in Monday’s municipal elections. Photo: James Morgan

Caddell, who represented the Lochiel Ward from 2014 to 2018, tallied 473 votes to Noble’s 334 in unofficial results released by the Township of North Glengarry on Monday evening. A retired high school teacher, Caddell has a long history of community service in the township. Noble, who won the Lochiel seat in 2018, promoted achievements of the past four years and ideas for the future, as she made her case for re-election to voters.

Incumbent Jeff Manley easily retained the Kenyon Ward to earn a third term on North Glengarry Council. Manley, who said during the campaign that he would like to continue to serve because there is more work to be done, tallied 613 votes to handily win over challenger Peter Valiquet, who received 98 votes.

Gary Martin took the win in the Maxville Ward with 181 votes against 140 for opponent Rita Denobriga. Maxville Ward was guaranteed to have a new councillor, no matter the outcome on October 24, because its incumbent councillor, Johanne Wensink, did not seek re-election.