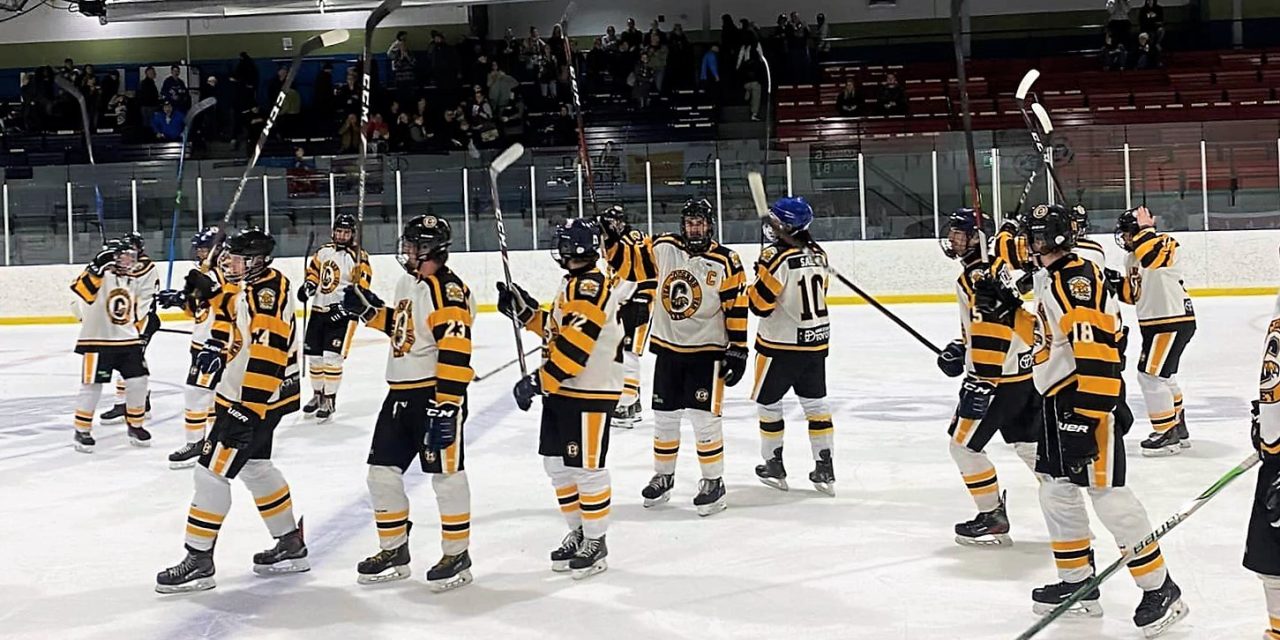 The Vankleek Hill Cougars are movin’ on up, after a pair of wins last weekend.

The Cougars traveled to St-Isidore on Sunday afternoon (October 16), where they shutdown the Eagles 4-0 behind the solid goaltending of veteran netminder Frederick Durocher-Bourdon. Sunday’s win followed a strong home performance on Saturday evening (October 15), when Vankleek Hill beat the Metcalfe Jets 6-1. For the second straight game, the Cougars drew a large crowd to Hawkesbury’s Robert Hartley Sports Complex.

“It was an excellent weekend,” said Cougars Head Coach Franky Dopelhamer, who was pleased with the team’s strong defensive play.

With the two victories, Vankleek Hill moved into a tie for second place in the National Capital Junior Hockey League (NCJHL). Both the Cougars and South Grenville Rangers have identical 5-1 records and trail only the league leading 6-1 Gatineau-Hull Volant, who have played one more game.

Vankleek Hill will travel to Almonte this Saturday, October 22, to play the 2-3 Inferno. The Cougars are back home at The Bob in Hawkesbury on Sunday for an evening rematch against St-Isidore. Puck drop is 7:30 p.m.

Dopelhamer is expecting another great crowd in Hawkesbury next Sunday for the home game against St-Isidore, due to the rivalry between the two nearby teams.

“Normally when we play St-Isidore at home there’s a lot of people coming to our games – there’s a rivalry,” the Cougars head coach commented. “(Sunday’s) game almost felt like playoff hockey. It was intense.”

Alexandre Saül had two goals and goaltender Frederick Durocher-Bourdon recorded the shutout, as the Vankleek Hill Cougars shut down the St-Isidore Eagles to take a 4-0 road victory on Sunday evening (October 16).

The Cougars improved their record to five wins and just one loss after six games and moved into a tie for second place in the NCJHL.

Joshua Desjardins scored a hat trick, along with three assists for a six-point night, while linemate Mikael Bissonnette had two goals and two assists, as the Cougars downed the Metcalfe Jets 6-1 at home on Saturday evening.

Vankleek Hill once again hosted a large crowd at the Robert Hartley Sports Complex in Hawkesbury, as they broke out to a 2-0 lead after one period and never looked back. Forward Alexandre Saül made his 2022-2023 season debut with the Cougars, scoring a goal in his first game back.

Cougars rookie goaltender Jérémie Tessier was solid in goal and earned his first win in a Junior hockey game. The 17-year-old netminder stoned the Metcalfe shooters all night before his shutout bid was broken in the third period. For his efforts, Tessier was named player of the game. 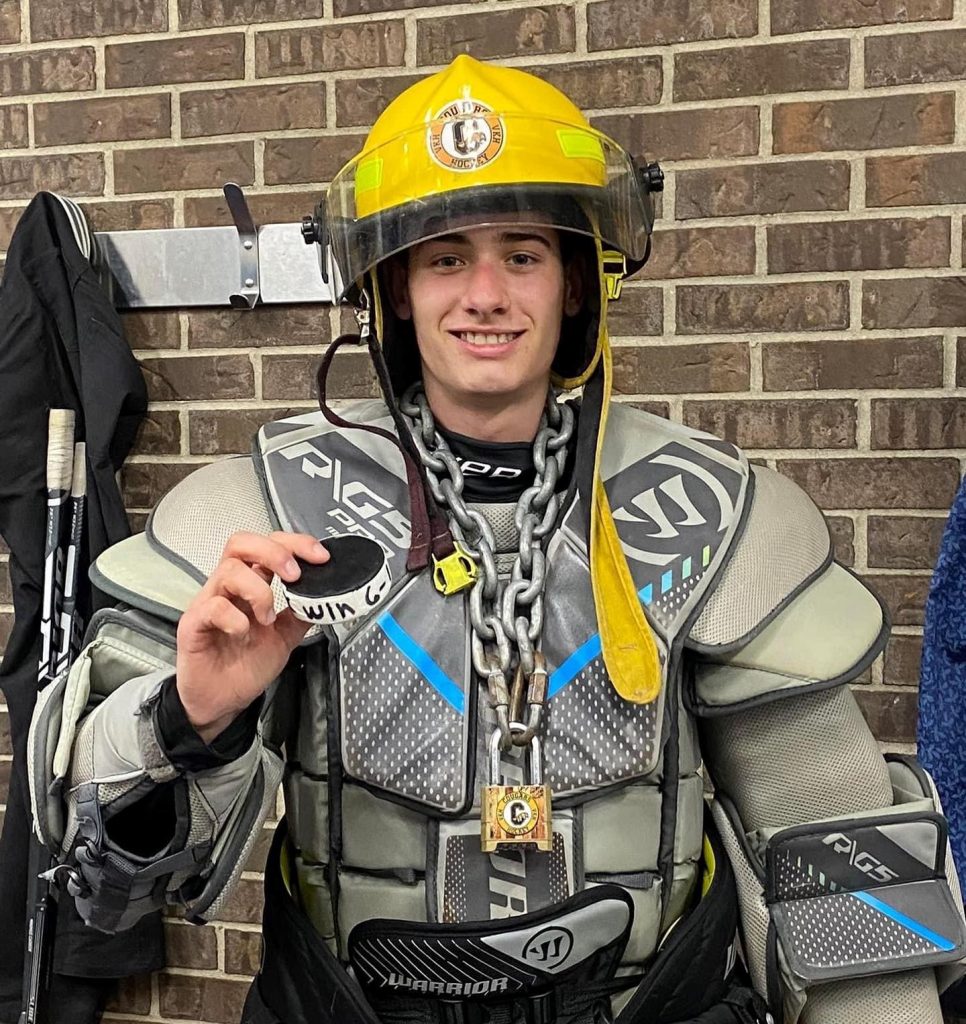 Cougars goaltender Jérémie Tessier was voted as player of the game by his teammates after Vankleek Hill’s 6-1 win over Metcalfe on Saturday (October 15). The 17-year-old rookie netminder earned his first Junior hockey win in the victory over the Jets. Photo: Vankleek Hill Cougars