Eleven candidates for six council seats in Town of Hawkesbury 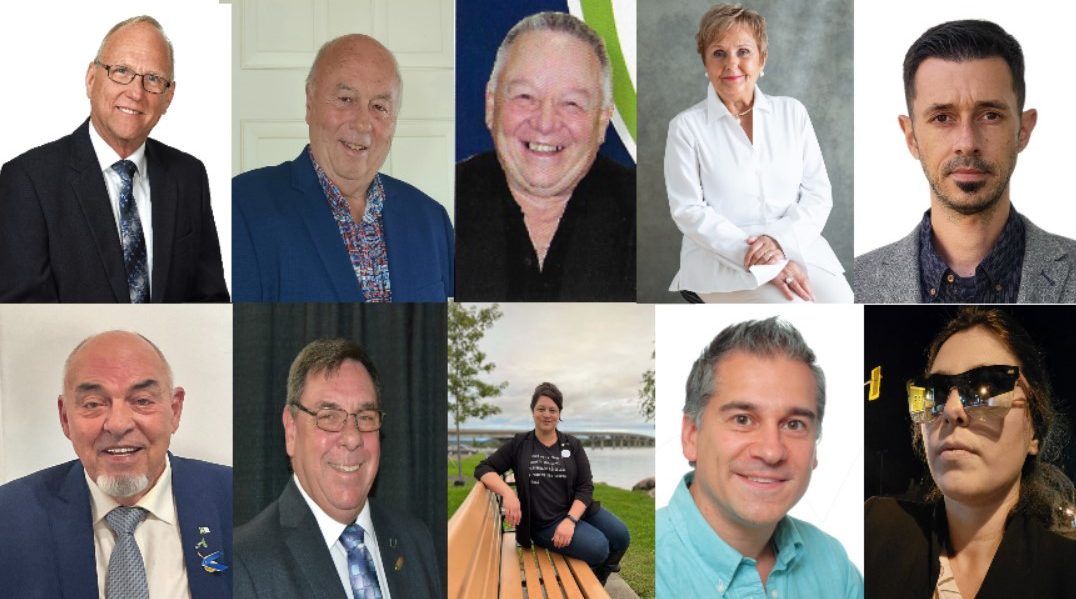 When residents of Hawkesbury vote in the municipal election on October 24, they will have 11 candidates to choose from for six seats. The six candidates with the highest number of votes will win. All Hawkesbury councillors are elected at large. The town does not have wards.

The large field of candidates for council, along with the race between incumbent Paula Assaly and current councillor Robert Lefebvre for mayor is making the Hawkesbury election one of the most interesting races in Prescott-Russell. Please find below profiles of each candidate listed in alphabetical order. 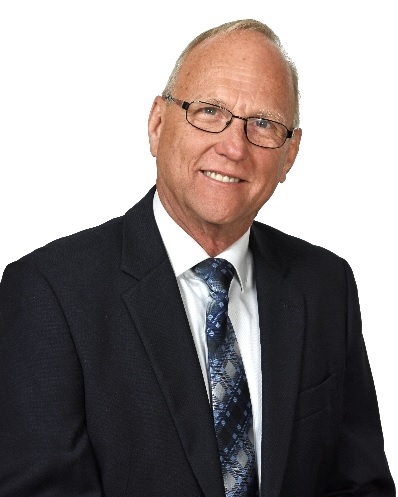 Councillor Lawrence (Larry) Bogue is among those seeking a second term on Hawkesbury council. Bogue is pleased that during the past term, council was able to reach a labour agreement with Hawkesbury’s firefighters.

Bogue is also happy with efforts made by the COMZAC-BIA (Business Improvement Area), Prescott and Russell Employment Services Centre, and the Hawkesbury Investment Group to attract new business. He believes more specialized businesses are needed in Hawkesbury and envisions the downtown area as becoming a more leisure-focused destination.

Bogue said Hawkesbury needs to engage in discussions with Champlain Township about sharing services and the issue of land for Hawkesbury to expand.

“We have to talk with each other,” he said.

“I believe Hawkesbury and Champlain should be together,” he added.

Bogue supports replacing the existing municipal garage with an entirely new facility, rather than renovating the Hydro Hawkesbury garage as a new home for the Department of Public Works. He said the hydro garage is mostly offices and called the approximately $2 million more it would cost to build a new garage “peanuts” when amortized over 50 years.

Bogue is also promoting a plan, which with financial support from the Canadian Federation of Municipalities, would capture carbon dioxide emissions from a new refrigeration system at the sports complex to be converted to heat 80 per cent of the building.

“I would like to focus on further infrastructure improvements,” Campbell said.

He mentioned the urgent need for a new municipal garage, and a new refrigeration system for the arena at the Robert Hartley Sports Complex. Campbell emphasized everything must be done in a way that “keeps taxes as low as possible.”

Yvon Cayen is also among the candidates for Hawkesbury council. The Review was unable to reach Mr. Cayen.

Chamaillard likes to make himself available to assist citizens.

“I like to help people who have problems,” he said.

Chamaillard said the biggest need in Hawkesbury is more housing. He also has a long history of community involvement as the Grand Knight of the Knights of Columbus and with the Optimist Club.

“I’ll always work for my town. I’ve been doing it my whole life,” Chamaillard said. 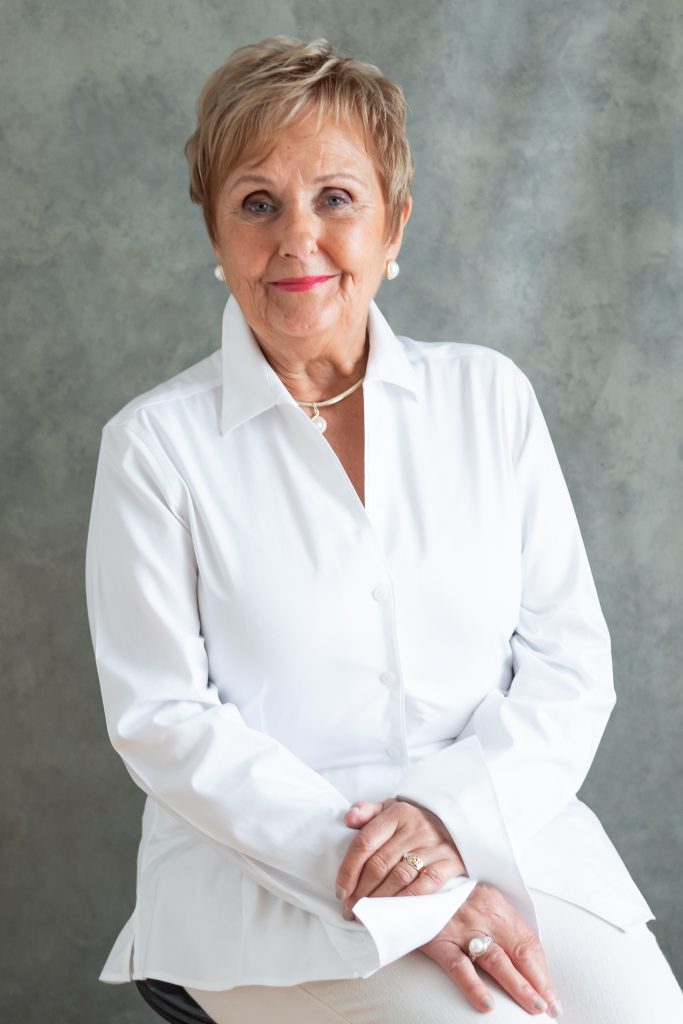 Former mayor of Hawkesbury Jeanne Charlebois is attempting to return to municipal politics this election, not as mayor, but as a councillor.

“I started seeing things I didn’t agree with,” said Charlebois, who served as mayor for two terms until being defeated by Paula Assaly in 2018. Rather than running for mayor again, Charlebois has instead decided to support Robert Lefebvre.

Charlebois wants to bring solutions to the council table and for the council to work as a team. She is pleased with the achievements made during her two terms as mayor, which included the new wastewater treatment plant, remediation of the CIP lagoons, planning for the new OPP station, support for the new Prescott and Russell Residence, the Ecolomondo plant, and the proposed CANAC home improvement store. If elected on October 24, Charlebois said she wants to bring back respect among councillors and municipal administration.

Charlebois wants to ensure the town is abiding by its own plan for street repairs.

“That’s something I want to make sure is being respected,” she commented.

Charlebois said affordable housing for everyone is needed in Hawkesbury and she wants cooperation between the town and businesses to ensure projects can be completed. Charlebois would also like increased efforts to encourage recreation and employment for youth in town. 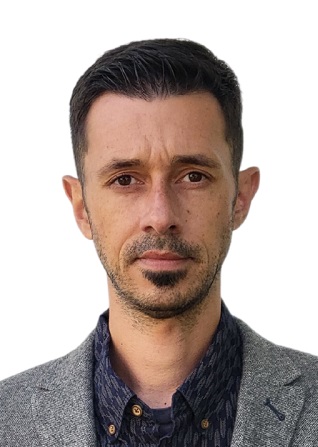 First time candidate Simon Guindon has been interested in municipal politics for several years and believes he has the integrity and objectivity required to be a good councillor.

“The town seems stagnant, and many tell me that they are waiting for a ‘positive change’, which has become my slogan by the way,” said Guindon.

After two years of community life curtailed by the COVID-19 pandemic, Guindon wants to bring residents together. He would like an annual Christmas tree lighting celebration to unify the community.

Guindon would like to focus on residential development and making the downtown area of Hawkesbury more inviting.

“Support for residential development is also essential. As for the main street, a pedestrian market could be favorable to traders,” he said.

Guindon believes improvements are necessary at Confederation Park to make the waterfront location more enjoyable for boaters and RV tourists who use the park. He would also like to see better communication and transparency from the town.

“An annual performance report would highlight the town’s accomplishments/challenges in a way that is clear and specific to everyone,” said Guindon. 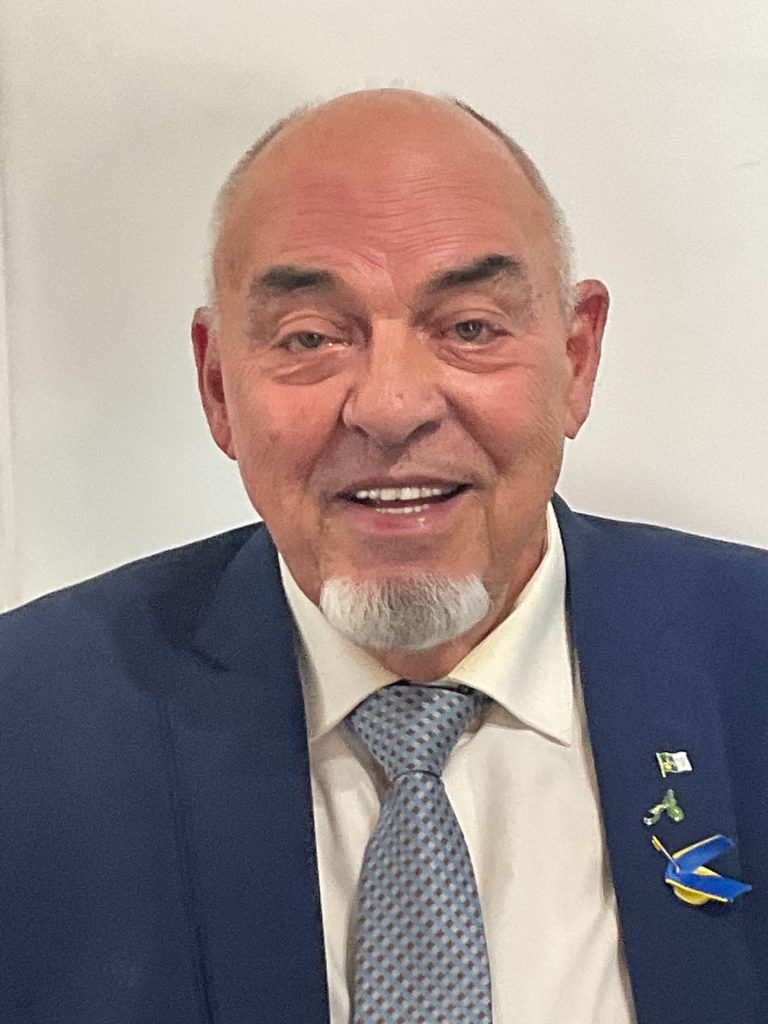 Gérard Malo retired to Hawkesbury three years ago, and now he wants to give back to his adopted home by serving as a councillor. He said it is time to put Hawkesbury’s potential into action.

“What do we do with that potential?” Malo said.

The first-time candidate would like council to take measures to address climate change, enhance tree cover, and add composting to municipal waste collection. He would also like the town to have a five-year plan to electrify its fleet of vehicles.

Culture is important to Malo. He wants council to reach a new lease with the Centre Culturel Le Chenail for its Maison de l’Ile home so the organization can continue to apply for provincial and federal grants to support its programming, and the upkeep of the facility.

“Let’s talk about culture being the heart and soul of this community,” he remarked.

Malo wants to help reduce the isolation elderly Hawkesbury residents experience by encouraging them to become involved in clubs and community groups.

As a way of increasing transparency, Malo is proposing the establishment of a citizen’s committee to act as a liaison between council and residents. On infrastructure matters, he would like the town to adhere to a five-year asset management plan for the upkeep of streets and support the construction of a completely new municipal garage.

Malo acknowledges the need for more housing in Hawkesbury and believes increased density of development, and community consultation are necessary to reduce the town’s housing shortage.

Incumbent Yves Paquette is running for a third term as a Hawkesbury councillor.

“I still have things to do to help the population,” he said.

Paquette said he wants to represent everyone in Hawkesbury, not a specific group of residents.

During the past term, Paquette served on the Affordable Housing Committee, which was established to find solutions to the shortage of housing in Hawkesbury. He is pleased with the work it did, especially with the study identifying housing needs.

The committee was recently disbanded with the intent of having the next council decide how to address the housing situation. Paquette hopes the committee is reinstated.

“I think that’s a good committee to have because of the lack of affordable housing in town,” Paquette said.

Paquette is openly endorsing Robert Lefebvre for mayor, “150 per cent.”

“He’s the guy to have there,” Paquette said.

The two-term councillor does not like to make specific promises, because they cannot be kept if one of his ideas is defeated by the rest of council.

“Then, my promise goes down the drain,” said Paquette.

However there are two events Paquette would like to bring back to Hawkesbury if he is re-elected. The annual Western Festival, which was popular with country music fans, and the golf tournament, which raised money for youth sports organizations, were both sidelined due to the COVID-19 pandemic. Paquette would like to revive both events. He said the golf tournament raised more than $10,000 for youth baseball, basketball, figure skating, and soccer in Hawkesbury. 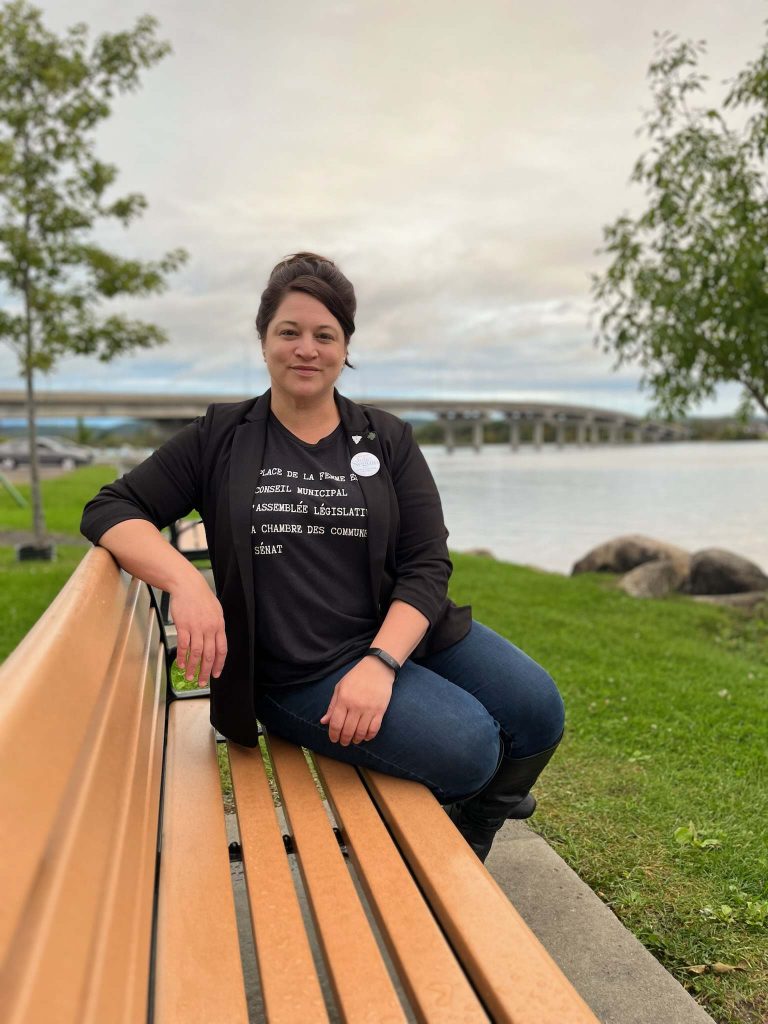 Julie Séguin is seeking a seat on Hawkesbury council because she wants to get the community working together, especially after the challenging days of the pandemic. She also believes the municipal level of government affects people the most in their daily lives.

“We need to start back at the roots where we lend a hand to our neighbours,” Séguin said.

The first-time candidate wants council to listen to citizens and for councillors to get along among themselves.

She also supports the idea of establishing a citizen’s committee to gather opinions and suggestions from citizens. She gave cyclists as an example of a group which could be consulted before decisions are made regarding streets and recreational paths.

Séguin believes there should be an emphasis in Hawkesbury towards hiring local people to fill jobs, and she “cherishes” the idea of bringing post-secondary education opportunities to town.

“If we train our workforce here, we’re going to attract businesses also,” she said. 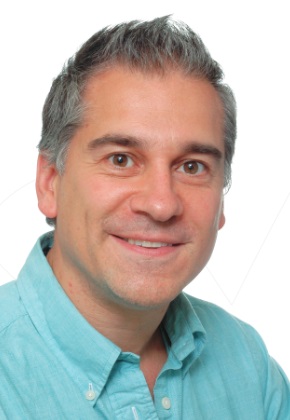 In the 2018 election, Antonios (Tony) Tsourounakis received the largest number of votes of anyone elected to Hawkesbury council. In 2022, he is running for a second term.

“There have been many small victories that I am proud of, but I think the most important achievement would be the new crop of young, motivated staff members that will set the tone for the future at City Hall. These are the people that make the day-to-day decisions, and by having the right people there, you set the stage for success,” Tsourounakis said.

He described the next four years as a “critical juncture,” for Hawkesbury.

“I feel that I can help guide my colleagues to make the choices that will expand our tax base so that we can pay less taxes but still achieve more things,” said Tsourounakis.

The shortage of housing and particularly affordable rental housing is the biggest challenge facing Hawkesbury right now, according to Tsourounakis.

“Rents are too high due to the critical shortage in housing, which is also keeping future residents away. This is also causing a worker shortage, which is affecting the ability for local businesses to grow. We need to solve this issue as soon as possible,” he said. 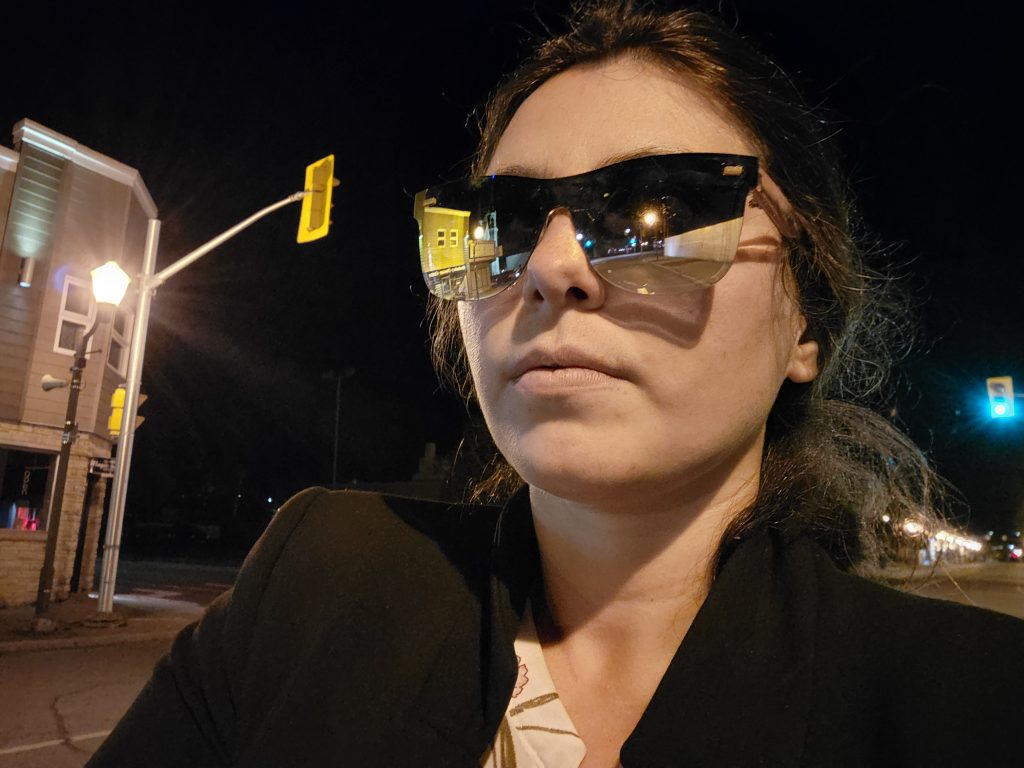 In the 2018 municipal election, Marie Valérie fell short of having enough votes to win a seat on Hawkesbury council. In 2022, she is making another attempt.

“Throw out the red tape and bring out the red carpet to the people in the private sector,” Valérie said.

Valérie is in the process of constructing two new rental housing developments downtown to replace buildings destroyed by fire in December 2021. She is calling for extensive reform to municipal by-laws and policies related to planning and building.

“Allow builders to hire professionals such as architects and civil engineers to stamp, sign and approve each building built and guarantee for the security and safety and avoid dealing with mix ups between incompetent municipal inspectors and top professionals,” said Valérie.

She has extensive experience as an entrepreneur and business owner. Valérie wants to restore respect to council and end negative perceptions about the community.

Valérie has also pledged “I will work for free” if elected on October 24 and has promised to donate all of her municipal remuneration to the Hawkesbury Central Food Bank.