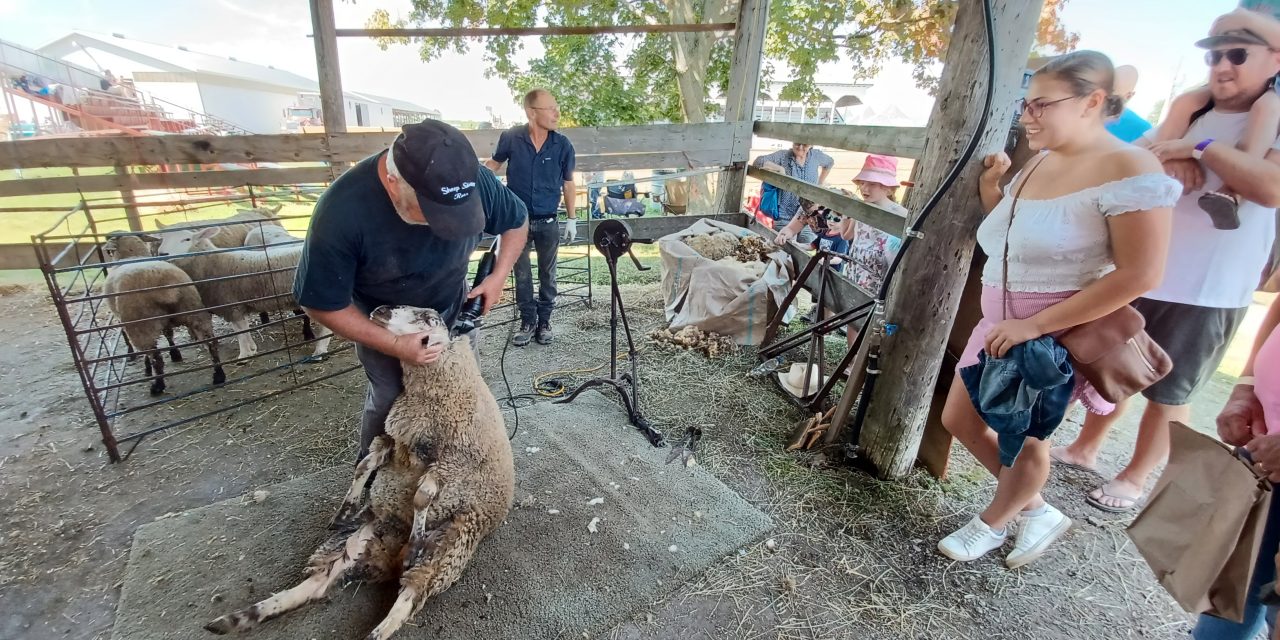 The sheep shearer and sheep farmer from Clayton in Lanark County has been giving ewes, rams, and lambs across Eastern Ontario haircuts since 1978, after learning the skill from his father. Creighton insists he was much younger when he learned shearing than it seems.

“Somebody else said I must have been in diapers.”

Creighton takes his shearing show on the road to give the public an idea of how his job is done. He was at the Vankleek Hill Fair on August 20 and 21, demonstrating shearing in the agricultural education display area.

“I seem to be glued to a lot of fairs,” Creighton commented.

At the Vankleek Hill Fair, toddlers to senior citizens stood and watched Creighton shear sheep with wool several inches deep down to their bare skin. The sheep were on their best behavior for the audience and seemed indifferent to losing their natural sweaters on a hot summer day. However, Creighton said rams are much more temperamental, so he only shears ewes at public demonstrations.

Over many years, Creighton has also demonstrated sheep shearing at the Central Experimental Farm in Ottawa. He was even photographed on the job once for a story in National Geographic.

In the past, sheep were sheared using large scissors, and then mechanical clippers powered by a hand crank. Today, electric clippers are most commonly used. Creighton said at one time, he would shear up to 32,000 pounds of wool in a year. These days, the average is closer to 3,000 pounds, because there are more shearers around than there used to be.

At times Creighton has been asked to give a trim to more than sheep. He will also shear angora goats, alpacas, and was once even asked to clip two cats.

Creighton demonstrates shearing year-round, but he said most farmers prefer to do their entire flock in the spring, before or after lambing, or even before the flock goes into the barn for the winter. He said leaving the wool on sheep while they are in the barn all winter can actually be hazardous to their health, because moisture can cause ice to form in the wool.

“The poor devil, then she’ll likely take pneumonia because she can’t get the ice off her,” Creighton explained.

Customers pay Creighton by the sheep for their shearing needs. Generally, farmers keep the wool and sell it at market themselves, but some farmers let Creighton keep it. Any wool he keeps is taken to Canadian Co-Operative Wool Growers in Carleton Place and sent overseas. Very little wool produced in Canada is actually made into textile products in Canada anymore. Creighton said some breeds of of sheep have coats that are half hair and half wool, and whatever is sheared off has no value on the wool market.

Creighton said wool is really a by-product of raising sheep, because the main focus is on raising them for meat. He has anywhere from 80 to 100 sheep on his own farm in Lanark County. 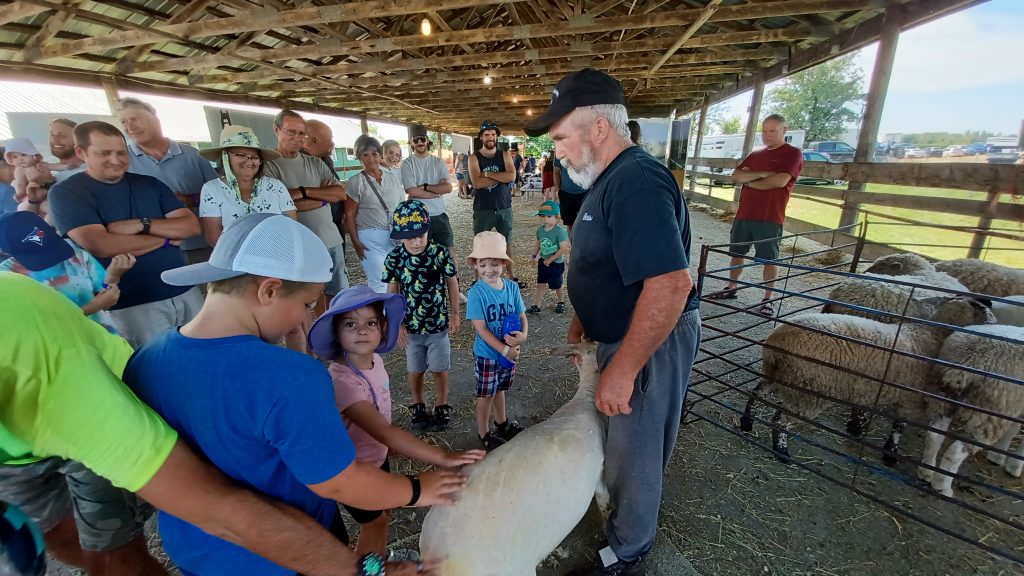