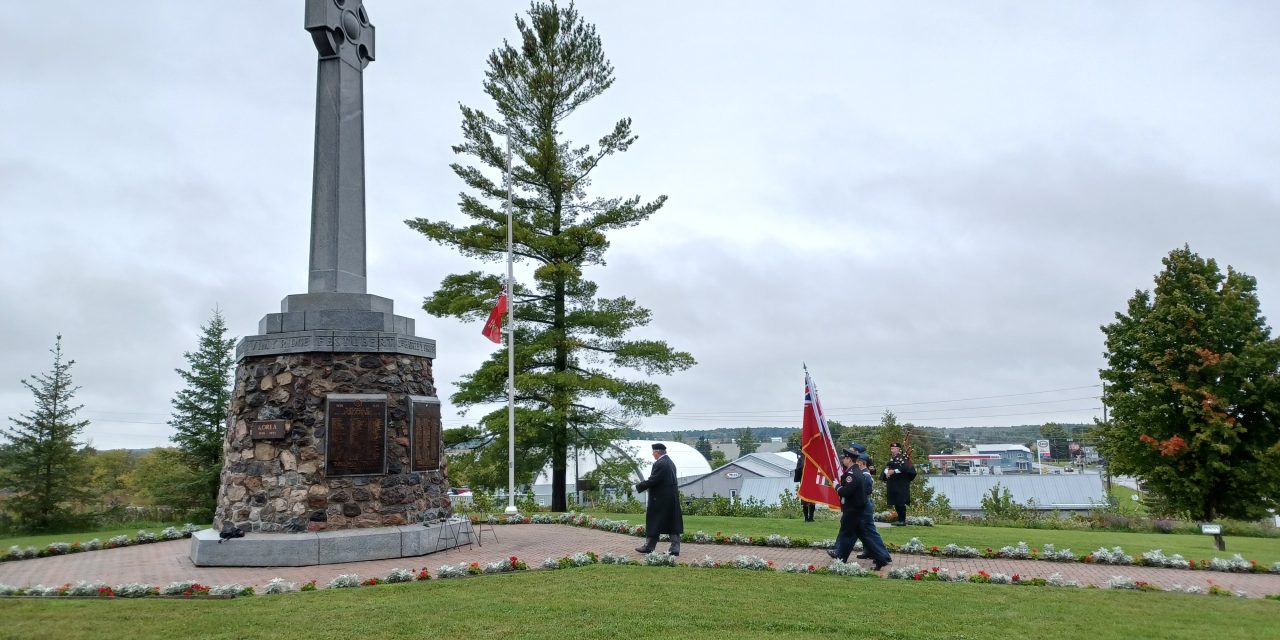 A colour party procession to the Alexandria Cenotaph passes a trio of bagpipers on Monday, September 19 for a ceremony in honour of Queen Elizabeth II. Photo: James Morgan

Residents of Alexandria joined others around the world in mourning Queen Elizabeth II on Monday, September 19.

While Queen Elizabeth II was being interred at Windsor Castle in England – following her state funeral at Westminster Abbey earlier on Monday – about 80 people gathered at the cenotaph in Alexandria for a memorial service in honour of the late sovereign. The ceremony was organized by Royal Canadian Legion Branch 423.

At the ceremony in Alexandria, a colour party comprised of Legion members and air cadets proceeded to the cenotaph, while a trio of bagpipers played. In a short address, Branch 423 President Stuart Nixon spoke of the Queen’s service and dedication and how the abdication of her uncle, King Edward VIII, suddenly made her heir to the throne when she was just 10 years old. As Princess Elizabeth, she became Queen in 1952 while traveling in Kenya when her father, King George VI, died.

“Most of us cannot remember a time when she was not our monarch,” Nixon observed.

“Our Queen, who has, as she promised, dedicated her life to our service, may she rest in peace,” he concluded.

Reverend James Ferrier (Presbyterian—Kenyon-Dunvegan/St. Columba-Kirkhill) led prayers. Paul Villeneuve acted as master of ceremonies for the cenotaph service and led singing of O Canada and God Save the King – now the official Royal Anthem due to the accession of King Charles III upon the death of Elizabeth II.

North Glengarry Mayor Jamie MacDonald placed a wreath at the foot of the cenotaph in memory of the Queen. Poppies were distributed to all in attendance before the ceremony began and they were invited to place their poppies upon the wreath at the conclusion of the ceremony. 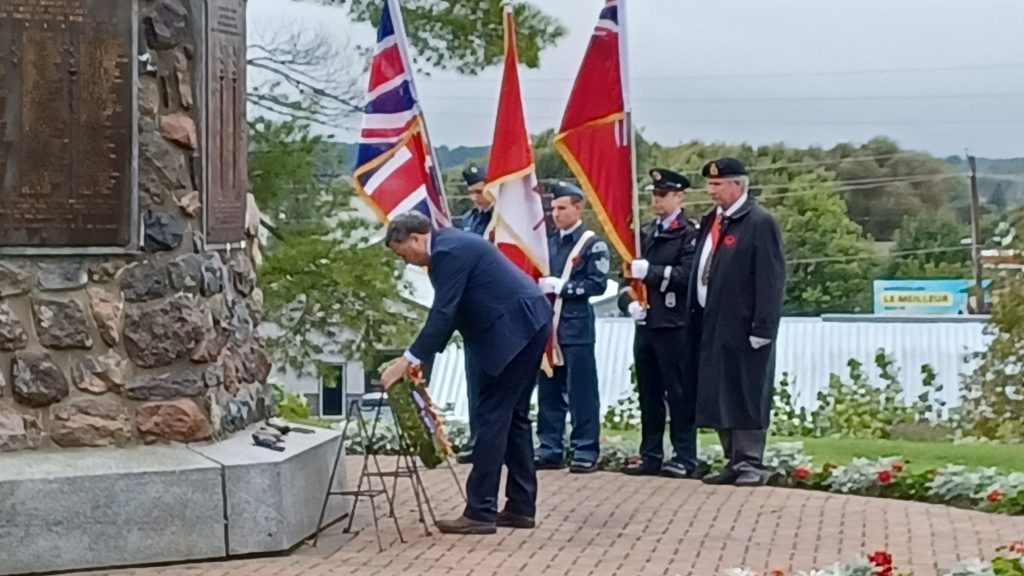 North Glengarry Mayor Jamie MacDonald placed a wreath at the Alexandria Cenotaph on September 19, during the ceremony in memory of Queen Elizabeth II. Photo: James Morgan 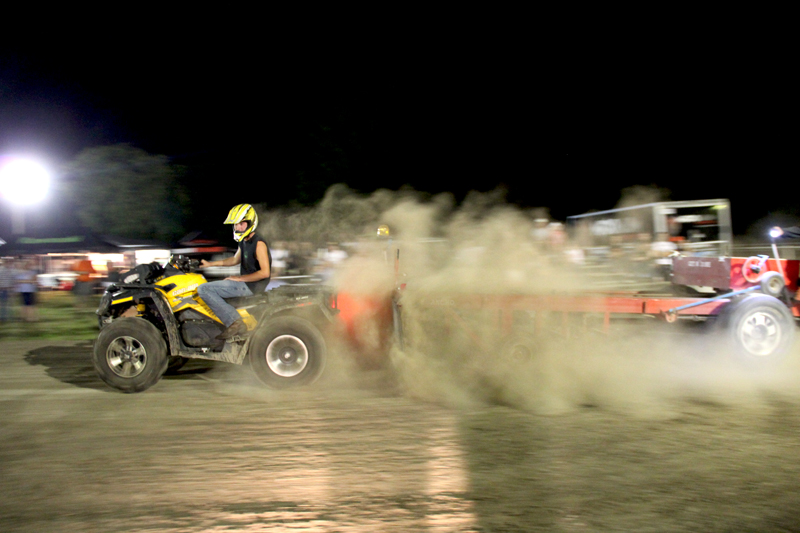 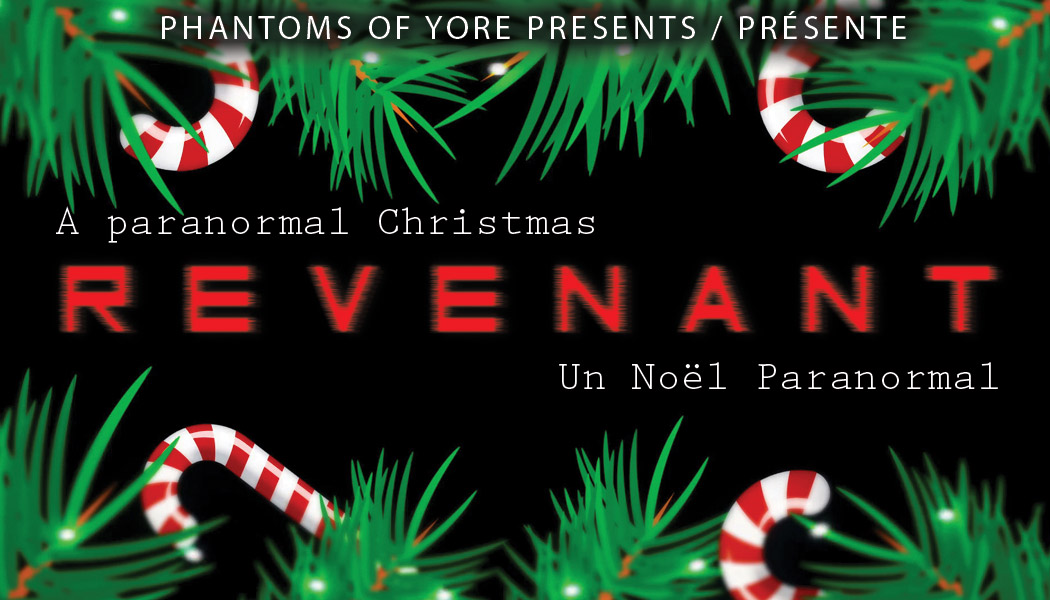 A Paranormal Christmas at the Old Jail 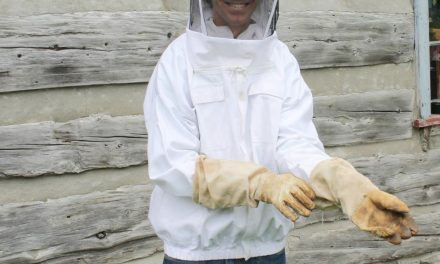