Like everybody else, I recently received in my mailbox a Government of Canada publication with the riveting title Proposal of the Federal Electoral Boundaries Commission for Ontario. It was something about changing, or revising federal electoral boundaries. Or something.

Now normally, anything as intriguingly named as that would put me to sleep faster than a third glass of wine. But as I was about to consign it to its new home in the recycle bin, I paused. I had a niggling idea that there was something about electoral boundaries which had once struck a nerve with me. Something that had once got me riled up and was now almost forgotten.

But what was it? Then, in a rush, it all came back to me. Rockland! That burr under our saddle. That stone in our shoe. That chain around our necks.

Officially called the City of Clarence-Rockland, and tacked onto the United Counties of Prescott-Russell by some clumsy, long-gone, earlier boundary commission, this urban lump sits at the far western end of our county and is notable for two things only. First, they are utterly and completely oriented towards Ottawa and have absolutely nothing in common with the rest of our very-rural riding. In fact, I would bet any MP’s indexed pension that the majority of the residents of Rockland have no idea they are even part of a county, let alone this one.

And why would they? They live in a city they call Rockland (they must sometimes wonder who or what a Clarence is.), which they readily admit is really just a bedroom community for the metropolis next door. Like Orleans used to be…

These ‘Rocklandists’ commute daily to work in Ottawa, they go to university in Ottawa, they use Ottawa doctors, clinics, and hospitals, they shop, attend sports events, socialize, and dine out in Ottawa and are eagerly awaiting the extension of Ottawa’s LRT. In everything but name, they are part of the nation’s capital. Us out here? We are just that boring bit of green, brown and cows they might briefly see if they choose to drive to Montreal. Their interest in – or even any knowledge of – the issues we out here care about quite naturally approaches zero.

The second and only other thing Rockland is notable for is that, because it has a large population, it is the urban tail that wags the county dog. Regardless of the issue, Rockland always gets its way. And regardless of what we out here in the sticks want, Rockland always prevails. Think cement plant. Think any other major issue. They always win and always will. That is, unless something changes.

Which brings us back to that snappily-titled publication regarding changing federal electoral boundaries. In it, the Electoral Boundaries Commission states it is looking for input as to what, if any, changes should be made. Well, here’s our chance. If the Champlain Township Council, together with the other rural township councils, was to propose to said commission that our electoral boundaries be redrawn –  placing Rockland within Ottawa where it properly belongs – the rural United Counties of Prescott Russell would finally be free to address the rural issues that concern them, with some chance of winning the vote.

We would finally become masters of our own house. Rural leaders making the decisions about rural issues. What a concept!

So, over to you Champlain Township Council. We have a window of opportunity here. Time to stand up.

Arbor Gallery: Out of Sight 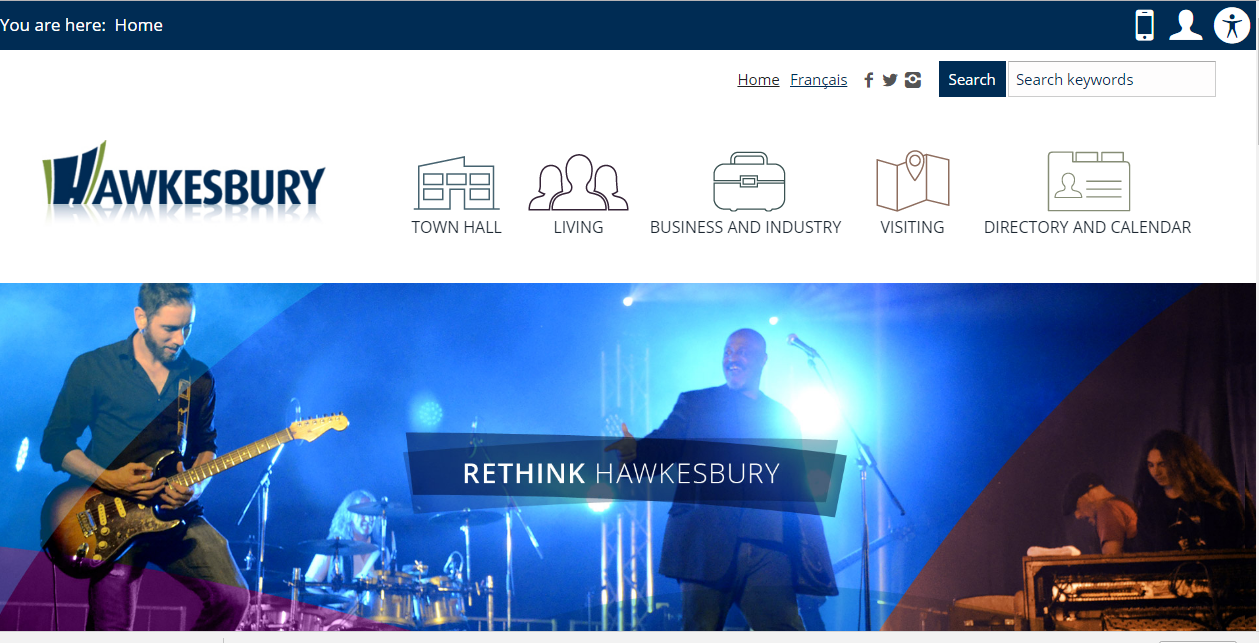