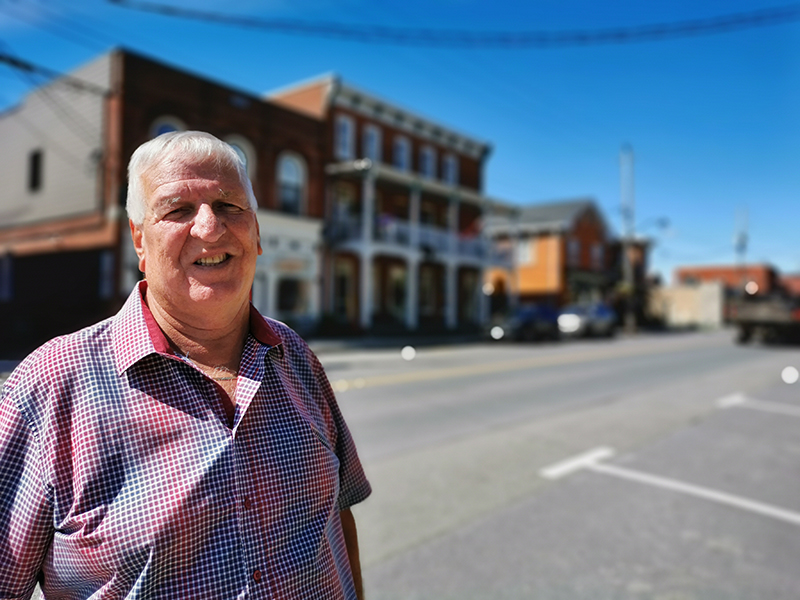 Now officially retired, Paul Emile Duval says he has more time than ever before to devote to municipal politics. Duval is seeking one of the two municipal council posts available in Champlain Township in the upcoming October 24 municipal elections. Duval will be running for a seat in Ward 1, Vankleek Hill.

Duval is a veteran of local politics, having served for decades as a municipal councillor for the Town of Vankleek Hill, before it became a ward of the amalgamated municipality known as Champlain Township. Duval served as a councillor representing the ward of Vankleek Hill from January 1, 1998, when the new municipality was formed, until 2018.In 2018, Duval lost a bid for the mayor’s seat by 102 votes to Normand Riopel. In all, Duval has been a part of the local municipal council for more than 38 years.

His long-time involvement in the community at many levels, as well as serving on every municipal subcommittee show his commitment to his community, he says.

“I want to work with people,” Duval explains. “I want to support the efforts to bring new businesses and new employers to the township, working with the local business association and local businesses,” he says.

Although councillors are elected by residents in their respective wards (there are four wards in Champlain Township – L’Orignal, West Hawkesbury, Longueuil and Vankleek Hill), Duval says he works for everyone, not just for the residents of his ward.

“We are all part of our communities and we all work for the good of Champlain,” Duval said, adding that he will be conducting a door-to-door campaign in Vankleek Hill shortly.

Employers, new businesses and employment for young people are priorities, but Duval also wants to refocus on the township’s efforts to get water from the Town of Hawkesbury to the south side of Highway 17. The latter issue has been on and off the table for almost two decades, with Hawkesbury and Champlain Township seemingly unable to reach an agreement regarding the extension of Hawkesbury’s municipal water service to the south side of Highway 17 across from the existing big box stores and commercial area.

A key to longevity and harmony in municipal politics is one’s ability to walk away from the table and accept democracy at work, says Duval.

“You are just one vote at the table and you can state your point of view, but if the vote doesn’t go your way, you have to move on to the next thing. What I enjoy about working at the municipal level is that you meet, you consider things and you accomplish something,” Duval said.

Duval welcomes calls from voters who want to talk about what matters to them. You can call him at 613-678-0306 any time, he says.

“I live in town and I am here to help people,” Duval ended.