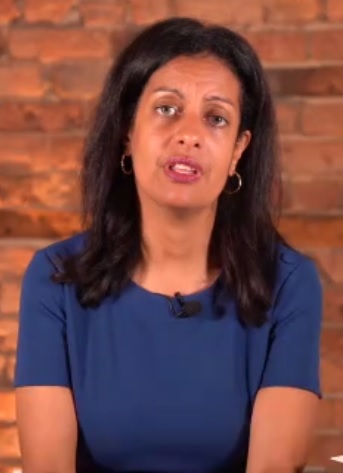 The Québec Community Group Network, which represents anglophone organizations across the province, is hosting the sessions during the election campaign with as many party leaders who will participate. The August 23 session was moderated by Royal Orr, a broadcaster and longtime anglophone rights advocate.

Born and raised in Notre-Dame-de-Grace to Haitian parents, Anglade said she has always felt strongly about minority rights.

The Liberal Leader accused Coalition Avenir Québec (CAQ) Leader François Legault of trying to divide Québec through changes to regulations on immigration, administration of education, and the use of notwithstanding clauses in laws his government has enacted during the past four years while he was Premier. Anglade said Legault has tried to divide anglophones, francophones, immigrants, urban, and rural Québecers.

“The Liberal party is stronger because we represent everybody,” said Anglade.

On August 23, Prime Minister Justin Trudeau and German Chancellor Olaf Scholz signed an agreement that could eventually lead to wind power being used to produce hydrogen in western Newfoundland which would then be exported to Germany. Anglade said she wished Québec was part of a similar initiative. She said the PLQ has a vision of equality and ecology and fighting climate change using hydroelectric power, solar energy, wind energy, and hydrogen produced using renewable energy.

“We should be the ones leading the way in terms of transition and fighting climate change,” Anglade said.

A question submitted to the moderator alleged the Liberals were not aggressive enough in opposing language and immigration legislation enacted by the CAQ government.

“We voted against these bills,” Anglade responded.

She accused the government of continuously changing the plans and making it more difficult to track the details of the bills.

“Every day, they were just making it harder and harder,” she commented.

Anglade was questioned why the Liberals are keeping any parts of Bill 96, which is now law and strengthens Québec’s Charter of the French Language.

“There are elements we want to keep,” Anglade said. As an example, she gave free French classes for all residents of Québec.

She said the Liberals would get rid of parts of Bill 96 affecting education, justice and health. She said a Liberal government would also ease the aggressiveness of the Office de la langue française (OLF) in enforcing language laws because it is negatively impacting small and medium-sized businesses.

Anglade said if elected, the Liberals would remove the notwithstanding clause from Bill 21, the law which bans overt religious symbols from being worn by public sector personnel. She said it would be left up to the justice system to decide the fate of the law.

“We want to make sure the courts decide the course of action for the future,” Anglade said.

When questioned if she believes English-speaking children of anglophone immigrants should be allowed to attend an English-language school, Anglade defended the status quo.

“That would go against Bill 101 (the Charter of the French Language). We in the Liberal Party of Québec support Bill 101, but we do not support Bill 96,” she said.

Anglade said the Liberal party acknowledges French as the common language of Québec, but Bill 96 went too far.

However, Anglade said there should be no caps on enrollment for English-language CEGEP’s, the system of post-secondary, university-preparatory colleges. She said English CEGEP funding should be adequate and access ensured for English-speaking students.

Anglade again used a familiar accusation from the months leading up to the election campaign and accused the Legault government of not focusing on the shortage of doctors in Québec. She said a Liberal government would increase the number of spaces in the province’s medical schools by 1,000 and recognize more medical degrees from institutions outside the province. Anglade said the number of nurse practitioners in Québec would be increased from 1,000 to 3,000 under a Liberal administration.

While discussing long-term care, Anglade said “Most seniors live at home and most seniors want to stay home.”

The Liberals are proposing giving each senior citizen in Québec a special payment of $2,000 per year to help them with the costs of living at home.

Anglade said the party wants to support organizations and cooperatives offering services for in-home care as an alternative to the CHSLD network of long-term care residences. She acknowledged there is a human resources shortage in long-term care. She said incentives to get people who have retired from the long-term care sector to return to work and increase immigration to fill the need.

As for mental health services, Anglade said there should be universal access to psychotherapy.

In response to questions about the continued vitality of English-speaking communities in Québec, Anglade said the CAQ has ignored the secretariat for anglophone affairs created by the previous Liberal government. When asked if there is discrimination against anglophones in the Québec civil service, Anglade said she wants better representation of the population as a whole in the civil service. She said there is systemic discrimination in Québec but did not specifically say if it exists in the civil service.

Anglade described the vitality of the English community is a Liberal value.