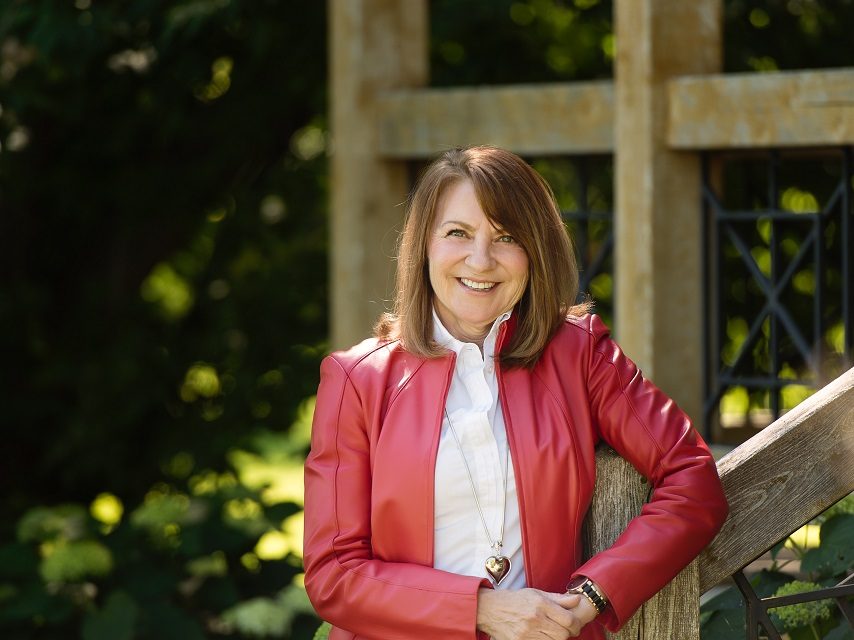 Marie-Noëlle Lanthier, who has served on La Nation Council since 2014, is running for mayor of the municipality in the October 24 municipal election. Photo: Jan Amell.

La Nation will have a new mayor after the October 24 municipal election and Marie-Noëlle Lanthier is hoping she is that mayor.

Incumbent mayor François St-Amour is not seeking another term as mayor but is instead running for the Ward 1 council seat.

Lanthier, who lives near St-Bernardin and had a career in consulting and public service, has represented Ward 1 on La Nation Council since 2014. She said her decision to run for mayor was made during the past few months of what is the final year of the present four-year term. Lanthier believes her eight years of council experience have given her the skills and knowledge she needs to best understand how council and the municipality operate, and to implement decisions.

During the past eight years, Lanthier has served on various committees and initiated community projects which she believes give her the ideas and leadership required for the role of mayor. As a member of the Economic Development and Tourism Committee, she was instrumental in developing and Economic Development plan for La Nation, something which did not exist prior to 2014.

“I’m glad to say now we have a plan,” remarked Lanthier.

However, the biggest need for La Nation according to Lanthier, is implementing a Climate Action Plan. She applauds the efforts of climate and environmental organizations to develop local plans, but she wants real results.

Lanthier said the groundwork on climate action must be done locally. She said the consequences cannot be denied and used the destructive May 21 storm which hit the region as an example.

“This is affecting us,” said Lanthier.

Agriculture is the biggest industry in La Nation, and Lanthier said climate change will have tremendous effects upon farming.

“It will have devastating impacts on our ability to produce food,” she said.

Lanthier wants to engage with citizens and implement climate-friendly solutions that are within the reach and responsibility of the municipality.

“I believe we can do this a lot better than other levels of government,” she remarked.

Lanthier referred to other plans La Nation is implementing—or has implemented, which she believes will set the municipality on a better course. She referred to the Recreation Plan and Asset Management plans which have been developed, and the Master Fire Plan which is presently being compiled. Lanthier would also like to address how to balance development and growth with mitigating the loss of agricultural land across the municipality.

Beginning with this year’s municipal election, there will be two new wards represented on La Nation council. Initially, council had rejected adding the two new wards, but was eventually ordered to add them when the decision was appealed to the Ontario Land Tribunal. With two new wards, each representing parts of Limoges and the western part of the municipality where growth is booming, Lanthier said the next mayor and council will have to ensure decisions are made equitably and with respect for the diversity of the municipality.

“That’s where leadership will matter a great deal,” Lanthier said.

She added it is important to have a council that is unified, even if there are sometimes disagreements among members.

“We need to be able to shake hands and agree to disagree,” Lanthier said.

Every municipality faces the challenge of balancing services with taxation.

“The goal always is to keep taxes at the lowest possible level,” said Lanthier.

She said finding the balance between costs, services, and taxation levels is always a challenge, especially with municipal salaries and the competitive municipal labour market.

Since 2020, Lanthier has spearheaded the efforts of Leadership Feminin Prescott-Russell (LFPR), an organization dedicated to electing more women to municipal councils across the region.

As of August 4, women were running for council or mayor in four out of eight Prescott and Russell municipalities.

“This is very encouraging, Lanthier said.

LFPR has heavily encouraged women to run municipally during a series of information sessions.

“I would like to see many more women running in the municipal election,” said Lanthier.

In the October 24 election, Marie-Noëlle Lanthier is being challenged for the mayor’s job in La Nation by incumbent Ward 4 Councillor Francis Brière.