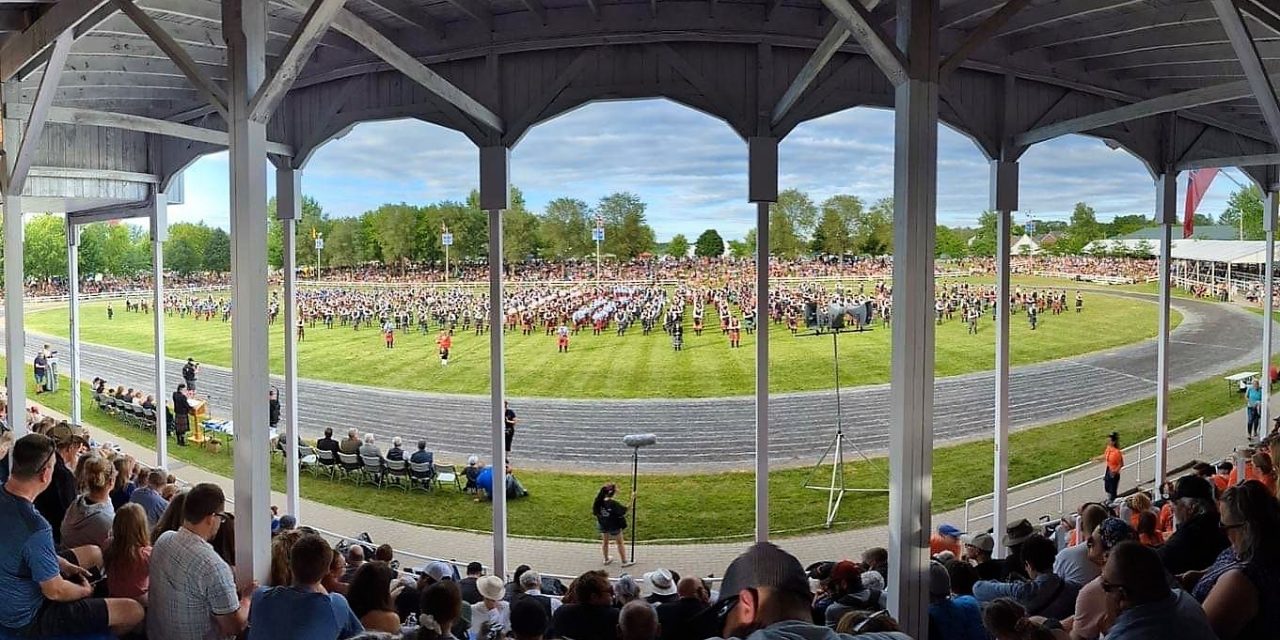 The massed band performance was back on Saturday, July 20, at the Glengarry Highland Games. Photo: Scott McIntosh

It was a perfect weekend for the Glengarry Highland Games in Maxville and visitors took advantage of it, with an estimated 25,000 people streaming through the gates, as the event returned after a two-year absence due to the COVID-19 pandemic.

“It was a really good year,” said games advertising director Dona Cruickshank, as she walked through the grounds on Sunday morning, July 31. “It wasn’t as hot as usual, but the weather was perfect for people to walk around and enjoy the events.”

Cruickshank said organizers were very pleased with the Friday night crowd, which had lineups at the souvenir shop and many vendor booths. But it was on Saturday, that visitors to the games turned out in droves.

“On Saturday we were blown away,” Cruickshank enthused. “Our souvenir shop closed at noon, because they had run out of all the games gear – T-shirts, hoodies – they were all sold out.”

“It was like people had all that pent up emotion for the past two years and just released it.”

While final attendance figures are not yet available, the games’ advertising director noted in a good year the Glengarry Highland Games draws approximately 25,000 visitors.

“I’m not going to say it was a record year, but it was a very good year,” Cruickshank said.

Volunteers are key to the success of the Highland Games, noted Cruickshank, as crews worked to clean up the site at the Kenyon Agricultural Fairgrounds on Sunday morning.

“It’s hard to believe that I’m walking right now through the main avenue to the Metcalfe Centre and all I see is the cleanup crew picking up,” she said. “If you came here right now, you wouldn’t believe there was a games. They’ve been here since seven o’clock this morning cleaning up.”

The best part of the 2022 Glengarry Highland Games was that it was a reunion for many people who are used to seeing each other every year at the games.

“One of the special things about the games is that it is a huge get together for many people,” Cruickshank noted. “You see everybody, from people in their ’90s, to a 10-day old baby.”

The competition and music venues were filled with enthusiastic audiences and the mounds surrounding the infield were jammed with people spread out on chairs and blankets watching the many events displayed before them. 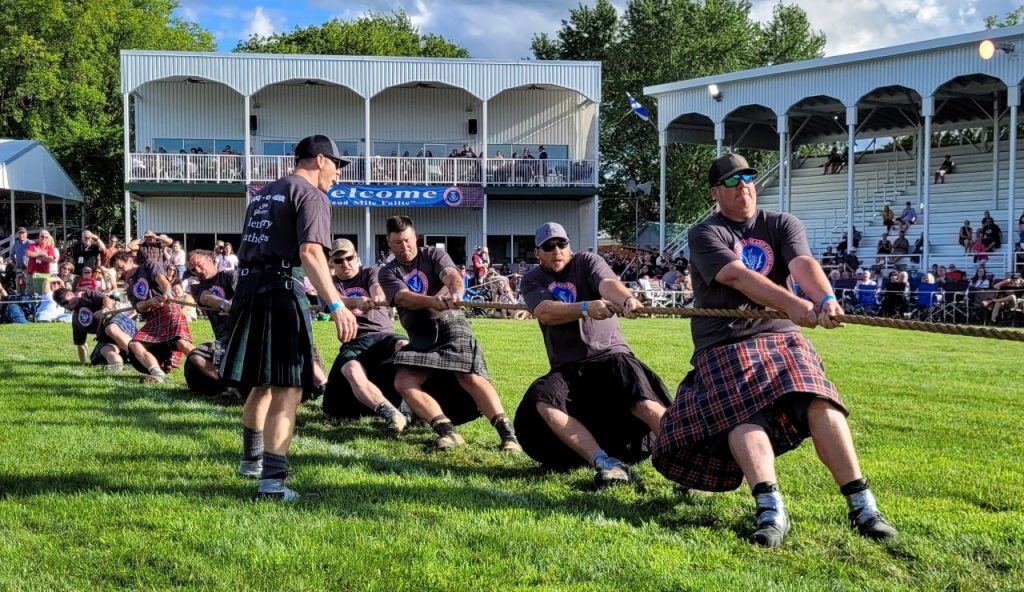 The team from Glengarry Outhouses gave it their all to win Friday evening’s Tug-of-War competition. Photo: Reid Masson 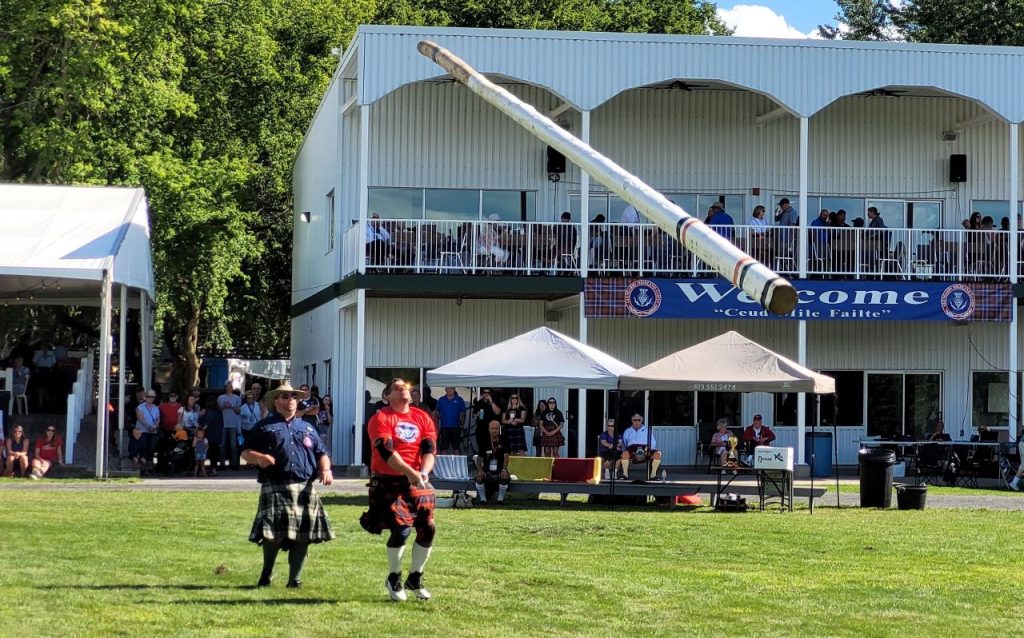 Action from the caber toss in the Masters Heavyweight competition. Photo: Reid Masson 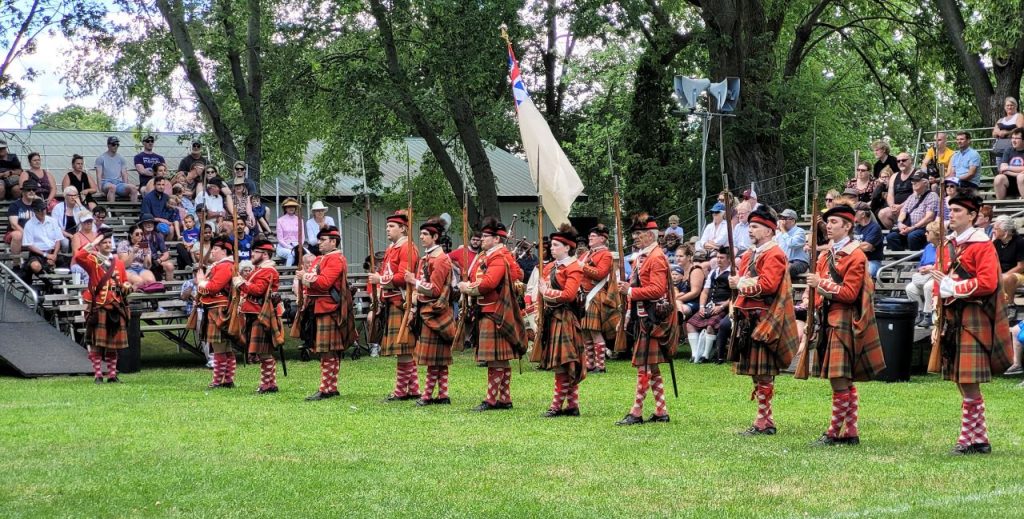 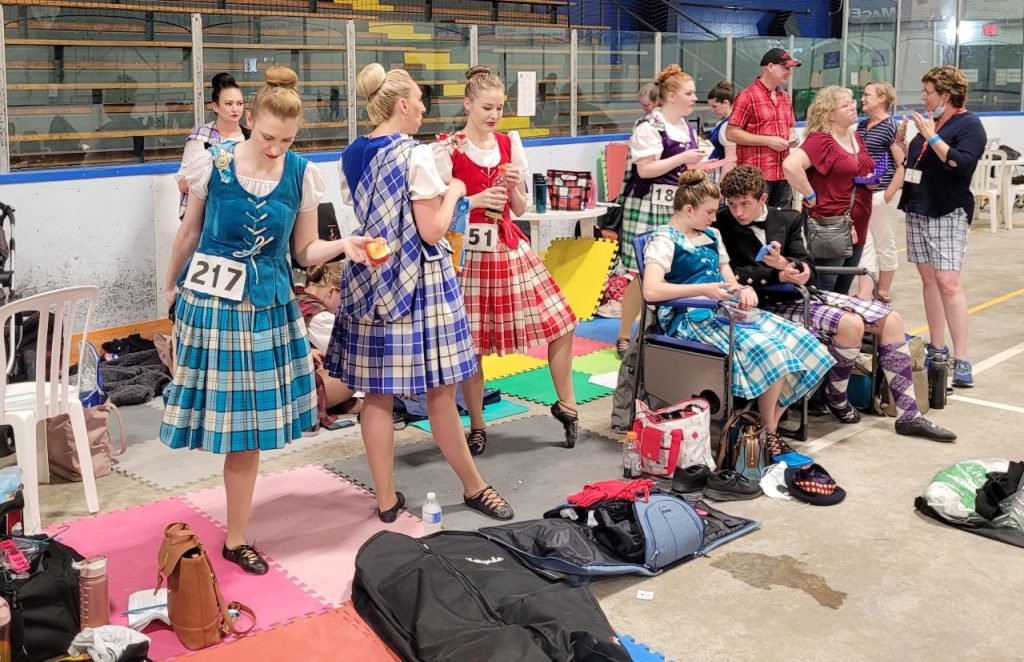 Competitors warm up before the start of the Highland Dancing competition. Photo: Reid Masson 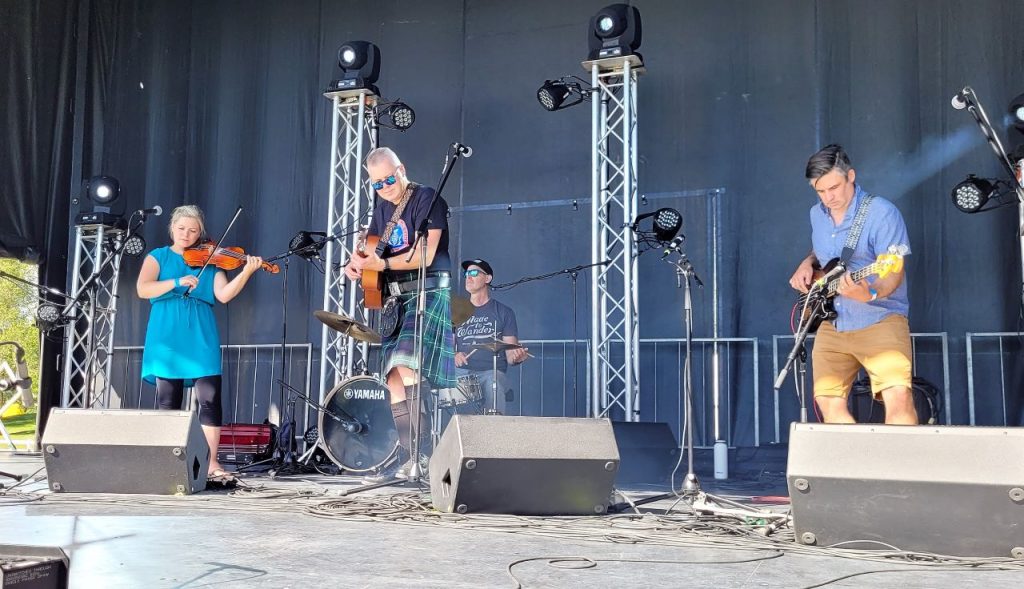 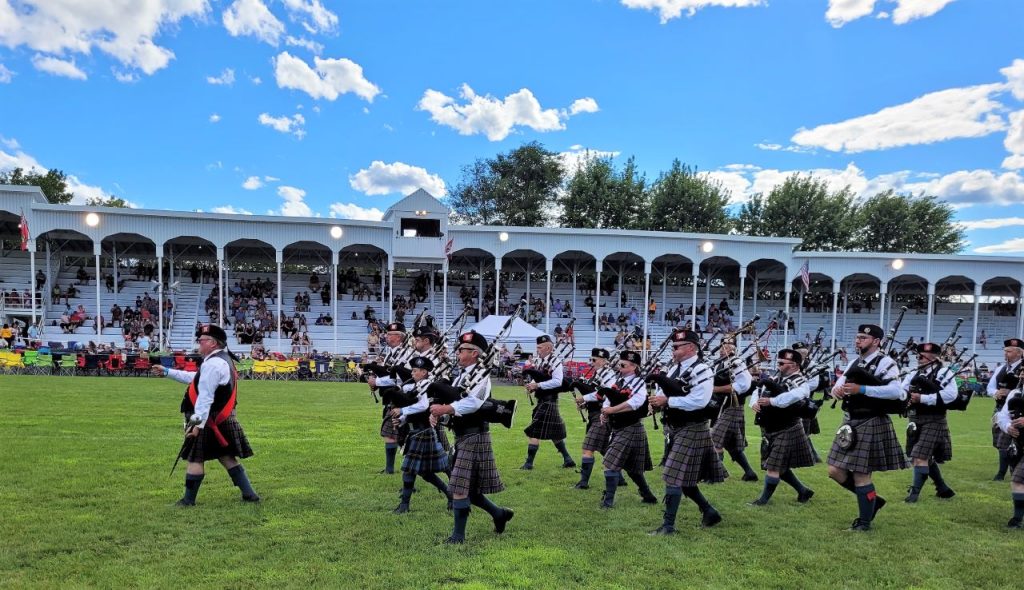 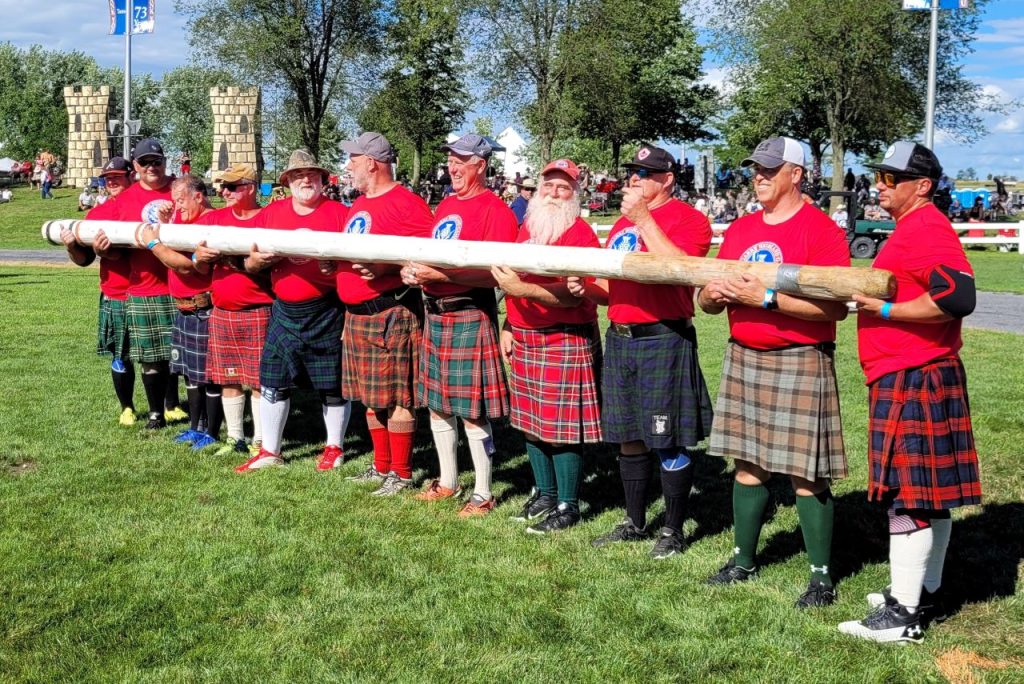